Why it’s High Time you Switched to Automation Testing

We live in an era where we come across different innovations almost every day. Some help us with our tasks, some with daily chores and some ease up things at the workplace. And if you look closely, behind each and every innovation, the goal is the same:

To reduce effort on our part and increase efficiency.

Today, the word ‘manual’ sounds obsolete and anachronous in itself. No matter what area we pick, the cloud of automation is clearly overshadowing manual ways, and software testing is no exception.

Although there have been debates about automation causing people to lose their jobs, unforeseeable costs, heavy one-time investment and what not, automation testing clearly is a better option in comparison to manual testing. Here’s why we believe that: 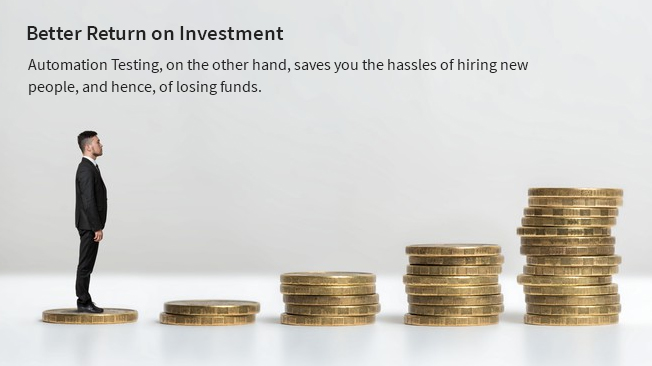 As an entrepreneur, your one and only goal should be maximizing your ROI. In manual testing, the investment figures may seem profitable to you initially, but as the project starts gaining complexity approaching its end, a number of manual testing also becomes intensive. Automation Testing, on the other hand, saves you the hassles of hiring new people, and hence, of losing funds. 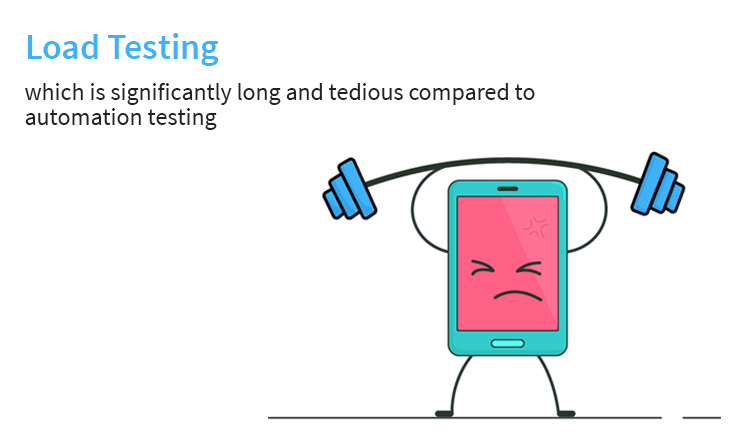 Automation testing allows you to check your product under load. This is particularly helpful when you need to check how your software behaves and responds under load environment. Load testing helps you accurately determine the speed and stability of your software. In manual testing, one has to carry out performance testing, which is significantly long and tedious compared to automation testing.

Automation testing is much more organized compared to the manual. Each member of the team is answerable to what they are assigned. Any error detected can easily be assigned back to the assigned person and hence, the issues always addressed on time, ensuring timely completion of the project. 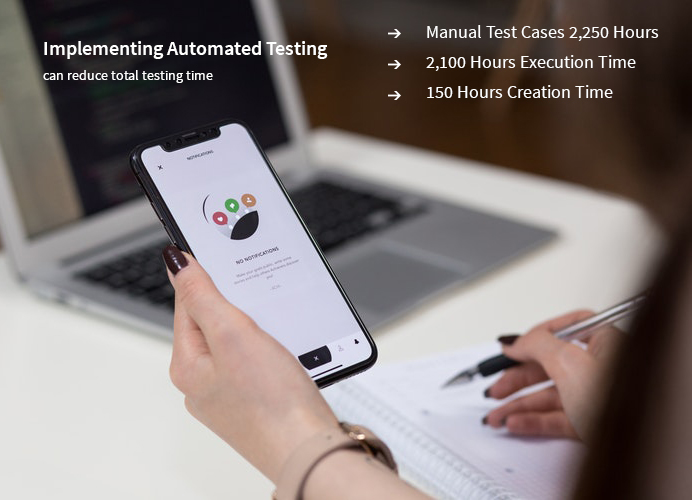 Test Case Generation is often a time-consuming affair because of the requirement to create test scripts, whereas in Automation Testing, algorithms using code annotations, path analysis, and user behaviour-based script writing, test scripts are automatically generated. This saves time and allows the tester to carry out more test at the same time.

Manual testing allows the detection of bugs in the later stages, which is cost-inefficient and brings down productivity. Automation Testing is much more effective in this regard as it tests the software along with the development process. This makes sure the error is always detected at an early stage, maintaining the overall efficiency of the team.

Test automation effectively rules out the scope of human error because it involves fewer testers. Apart from that, the same test code can be used over and over for different platforms and configurations, reducing the chances of error to a minuscule.

Looking out for the perfect IT provider to handle your automation needs?

Your performance marketing KPIs are obsolete

Testing centers of excellence for agile: obsolete or opportunity?