Release Date of Android 11 and Other Updates

Google has come up with a new update for Android, and its team has leaked the launch date as well. However, a public statement has not been made to confirm its release date. The latest update is Android 11 that has been officially launched, but the final version of the software will be available on smartphones on or after 8th September this year. 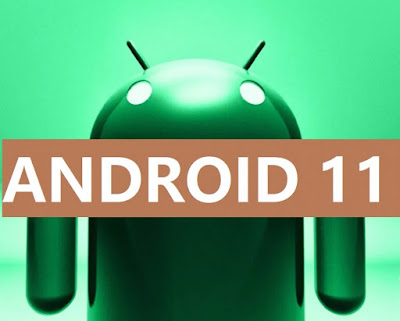 This update is not available on all the devices. People who have Google Pixel 2 or later phones from the Google Pixel’s family had early access to the Android 11 since February 2020. The official release of this update had to be done on 3rd June, but Google postponed its release date due to the sensitivity of global protests and decided to make the announcement online later this year. The Android 11 update is not Android Rhubarb and Custard, or Android Rocky Road; rather, it is packed with a lot of exciting updates.

There is no official statement by Google about the update and features that the Android 11 will offer, but a lot of rumors have been going around that spills some tea about the upcoming features. Using a series of development focus videos and a blog post, the Android team decided to launch the beta version of the update. One of the features that this update will provide is Smart Home Controls for which you can switch on or off the toggles for all the supported Smart Home devices with a long press of the power button. Under the Device Control option, you will be able to use this feature. This update also brings improved media controls for switching the output device for audio and video content without any hassle. So now you will be able to switch your headphones with speakers or a TV or any other device as quickly as possible. You will probably find a recycle bin in the Android 11 file system from where you can get back all the accidentally deleted files and data. Now you will also be able to distinguish whether your device is using a 4G connection or Wi-Fi connection. This will prove beneficial to optimize content and give better performance on a device, regardless of the connection you use.

Moreover, there is a huge possibility that the notification bar of Android 11 will have its dedicated conversation section so that you can distinguish between the apps notification and conversation notifications easily. If you are someone who worries a lot about internet securities and data theft, then Android 11 will change the game for you. To use the apps, you need to permit them to use your camera, locations, access contacts, and others to function properly. But with the Android 11 feature, you can get them the permission for ‘Just This Once’ so that you can control what these apps try to take access over on your phone. The permissions will reset if you don’t use these apps frequently. Thus, you will receive occasional prompts to confirm your permissions to keep your data secured.

We spent way too long on this Microsoft, Intel, Adobe, SAP, Red Hat Patch Tuesday article. Just click on it, pretend to read it, apply updates

Steve Wozniak at 70: Here's to the bloke behind Apple who wasn't a complete... turtleneck