How Coronavirus Injected New Life Into The Anti-Vaxxer Movement

Posted by Thomas Gibson from huffingtonpost.co.uk·Jul 16

Scientists hoped the battle against coronavirus would be won in the laboratory. According to the latest updates, a vaccine could be ready to roll out to the public in a matter of months.

“We anticipate if everything goes really well that we’ll get an answer as to whether it works by early next year,” professor Robin Shattock, who heads a team developing a coronavirus vaccine at Imperial College London, said this week.

Already, approximately 15 volunteers have been vaccinated as part of the trial, and an additional 200 to 300 participants will be added in the coming weeks, Shattock said. The effectiveness of any coronavirus vaccine remains uncertain, he cautioned. But if the human trial proves successful, the vaccine could be rolled out to the public in the first half of 2021.

For many people around the world, the prospect of a coronavirus vaccine offers a beacon of hope and the fastest and cleanest route to a return to normality. Vaccines typically take years to develop, but amid the widespread suffering that the pandemic has caused, scientists are working to accelerate that timeline. The Imperial College London trial joins more than 150 other vaccine development efforts currently underway around the world. Another UK study, led by Oxford University, is even further along, and could produce a vaccine by the end of the year – possibly even as early as September.

Yet the unprecedented effort to develop a vaccine in record time risks being undermined by a revitalised anti-vaccination movement, which has been gaining strength worldwide since the start of the pandemic.

Nearly one-third of Britons may refuse to take a vaccine for coronavirus, according to a poll released last week.

The survey, conducted by YouGov for the Center for Countering Digital Hate, found that 6% of respondents would definitely refuse a vaccine, and a further 10% said they would “probably not” accept it. Another 15% said they were not sure.

The survey also found people who relied on social media above traditional media for information were less likely to take a vaccine.

The survey shows there is a credible “threat to the ability of a vaccine to contain Covid-19,” the Center for Countering Digital Hate said. 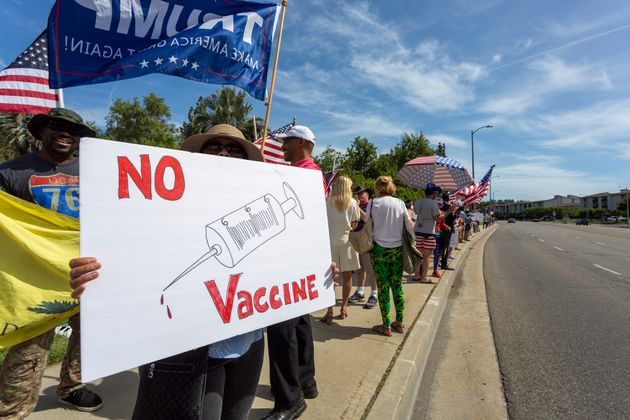 Surveys in other countries have revealed similarly large swaths of the public are skeptical about a coronavirus vaccine.

Germany, for example, has long been a hotbed of anti-vaccination sentiment. Polls conducted by the University of Erfurt, in collaboration with the Robert Koch Institute and other public health organisations, have found that the percentage of Germans who would be willing to get a coronavirus vaccine has been declining – from 79% in April to 63% as of last week.

“Even with a perfectly functioning vaccine, this might not be enough for herd immunity,” lead researcher Cornelia Betsch told The Washington Post.

In the United States as well, a large percentage of Americans say they are unlikely to get a coronavirus shot. At the end of May, a poll from The Associated Press-NORC Center for Public Affairs Research revealed that only about half of Americans would get a coronavirus vaccine, while 20% said they would refuse outright.

Many Black Americans harbour deep suspicions about the health care system, stemming from the country’s long legacy of racism and the medical establishment’s history of discrimination and mistreatment.

To achieve so-called herd immunity, scientists say that upwards of 70% of a population needs to be immune in order to protect people who have yet to be infected by a virus.

Anthony Fauci, the director of the National Institute of Allergy and Infectious Diseases, said recently that if a large percentage of Americans refuse to get the vaccine, it is “unlikely” the United States will achieve a high enough level of herd immunity to stop the coronavirus from spreading.

“There is a general anti-science, anti-authority, anti-vaccine feeling among some people in this country – an alarmingly large percentage of people, relatively speaking,” Fauci told CNN.

“We have a lot of work to do” to educate people about the safety and efficacy of vaccines, Fauci said. 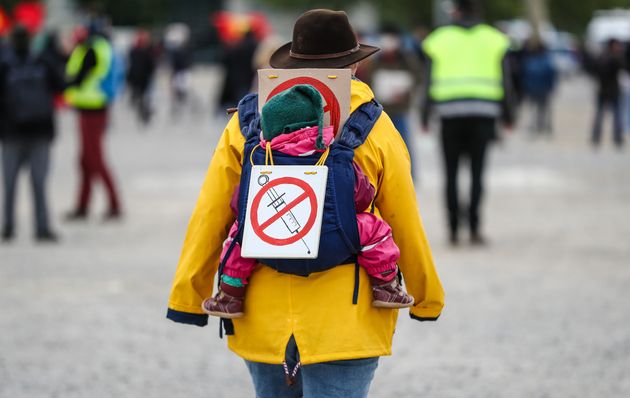 At the beginning of the pandemic, there was a hope that the rising global death toll and massive disruption of normal life caused by the coronavirus would put an end to the anti-vaccine movement.

“People were so eager to see a Covid-19 vaccine come out,” Dr. Peter Hotez, dean of the National School of Tropical Medicine at Baylor College of Medicine in Houston and co-director of the Texas Children’s Hospital Center for Vaccine Development, told HuffPost. “What I thought was that people would see what it’s like to live in a pre-vaccine era where you have a real serious threat to you or your family by not having a vaccine, and that this would put a real dent in the anti-vaccine movement. I think it did for about a month, before they really figured out how to regroup and respin things.”

In the United States and other countries, the anti-vaxx movement has joined with far-right groups to protest lockdown restrictions, social distancing, and other anti-coronavirus measures – framing opposition to vaccines as an expression of freedom and liberty.

Government messaging about how quickly scientists are working to develop and approve a vaccine has also contributed to fears that researchers may be cutting corners, and that any eventual coronavirus vaccine won’t be safe.

“We still haven’t addressed the anti-vaccine movement in a meaningful way,” Hotez said. “It is globalised, it is better funded, and rather than losing steam in the coronavirus pandemic, they’ve been able to exploit it and gain strength.” 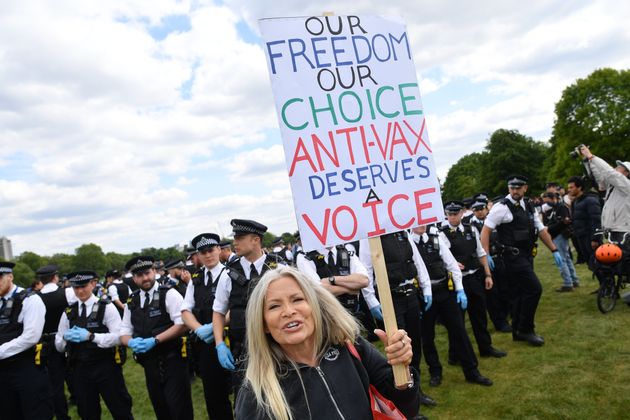 If the battle to develop a vaccine is staged in the laboratory, however, the war to win hearts and minds is likely to be played out on social media, creating the biggest test yet of whether tech giants are serious about cracking down on misinformation.

In a new report released last week, the Center for Countering Digital Hate analysed more than 400 anti-vaxx accounts on Facebook, YouTube, Twitter and Instagram with more than 57 million followers in the US and the UK.

These social media accounts were found to be publishing false conspiracy theories, including that Microsoft co-founder Bill Gates had created the coronavirus pandemic and that Covid-19 vaccine tests had caused women to be infertile.

The study concluded the number of followers of these accounts had increased by 7.7 million since the outbreak of the coronavirus.

“Our hope for a return to normal life rests with scientists developing a successful vaccine for coronavirus,” said Imran Ahmed, the Center for Countering Digital Hate’s chief executive. “But social media companies’ irresponsible decision to continue to publish anti-vaccine propaganda means a vaccine may not be effective in containing the virus.”

“The price for their greed is a cost paid in lives,” Ahmed said.

A Facebook representative said the company is taking steps to crack down on rumours, conspiracy theories and fake news.

“We are working to stop harmful misinformation from spreading on our platforms and have removed hundreds of thousands of pieces of Covid-19-related misinformation,” the spokesperson said.

As early as February, the World Health Organisation labeled the spread of misinformation about the coronavirus outbreak an “infodemic,” and pushed tech companies to take tougher action to stop it.

Despite efforts by tech giants to remove fake news and direct people to legitimate sources of information, misinformation has continued to proliferate.

In May, a documentary-style video called “Plandemic,” which promoted a range of conspiracy theories – including the false claim that vaccines make people more susceptible to Covid-19 – went viral online. Within a week, the video had been viewed 8 million times on YouTube, Facebook, Twitter, and Instagram, according to a New York Times analysis. Even after the major platforms removed the video, it continued to circulate online.

The solution to coronavirus misinformation, therefore, isn’t merely a technical one. Scientists, doctors and public health officials say that just as researchers are racing to develop a coronavirus vaccine, countries must step up their efforts to encourage people to embrace vaccination.

Overcoming anti-vaccine sentiment and a mistrust of government may mean thinking beyond official information campaigns and engaging celebrities, athletes, religious leaders, and other trusted members of the community who can speak to the importance of getting vaccinated.

Heidi Larson, an anthropologist and head of the Vaccine Confidence Project at the London School of Hygiene & Tropical Medicine, recently told Science magazine that there’s no time to waste.

“We better use every minute we have between now and when that vaccine or vaccines are ready,” Larson said, “because it’s real fragile ground right now.”