Would You Go To Therapy To Save A Friendship?

Posted by Reginald Carson from huffingtonpost.co.uk·Aug 11

Listen to our weekly podcast Am I Making You Uncomfortable? about women’s health, bodies and private lives. Available on Spotify, Apple, Audioboom and wherever you listen to your podcasts.

How far would you go to save a friendship? A text message to share your feelings? Perhaps a letter, if you’re feeling really brave. What about therapy?

The latter might sound extreme, but with solo therapy and couple’s therapy becoming more normalised in the UK, perhaps it’s time we learned to sit down with our pals for some professional guidance, too.

After all, the end of a longstanding platonic relationship can sting just as much – if not more – than a romantic one, which is why we’re exploring the topic of friendship breakups in the latest episode of Am I Making You Uncomfortable?, HuffPost UK’s weekly podcast on women’s health, bodies and private lives.

In the episode, we discuss the myth of the ‘BFF’ and how not all friendships are destined to last forever. But we also pay homage to those mates that are worth fighting for and hear how therapy can salvage a challenged friendship. 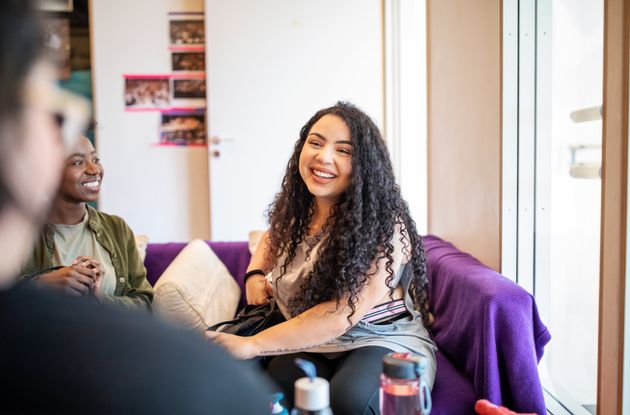 We’re joined in the episode by Aminatou Sow, who co-hosts the popular Call Your Girlfriend podcast and has co-authored the book Big Friendship, with her long-term, long-distance friend Ann Friedman.

Aminatou and Ann value their friendship to such an extent, they went to friendship therapy when the cracks started to show.

“We entered this period of a couple of years where we really missing each other and we were mis-communicating,” says Aminatou, who’s based in New York, while Ann lives in California.

“There were a lot of things that were left unsaid, and I think that the overwhelming feeling for both of us was really like: ‘Is she doing that on purpose? What’s going on here?’ The friendship itself was becoming increasingly more fraught because there were so many things we were not talking about to each other.”

The friendship hit crunch point when the pair were offered a new, joint work venture and realised they couldn’t face signing up. It was the catalyst for them to start talking honestly about their friendship. Aminatou describes it as a “relief” when she found out things weren’t working for Ann, either.

They found a couple’s counsellor who was open to working with two dedicated friends and now recommend other pals to try friendship therapy.

“The narrative needs to change, in that we need to understand that friendship is a relationship that belongs to the same place of importance as family bonds and as romantic relationships,” says Aminatou.

“If you say to your romantic partner: ‘Hi, I’d like to discuss that status of our relationship,’ maybe it’s a little bit weird, but there is a social script for that. But if you say that to a friend, it feels very far out there, but I would really like to normalise that.”

Friendship therapy is not common in the US, says Aminatou, and it’s practically unheard of in the UK. But it is available if you seek it out.

“Relate counsellors are trained to support all types of relationships, including friendships, whether that’s by working with two or more friends together or with individuals,” confirms Dee Holmes who’s a counsellor at Relate, the UK’s largest provider of relationship support.

“Whatever the relationship, there are often common issues when things get rocky like communication and self-esteem. Supporting people to understand themselves and others better and to resolve issues can only be a good thing.” 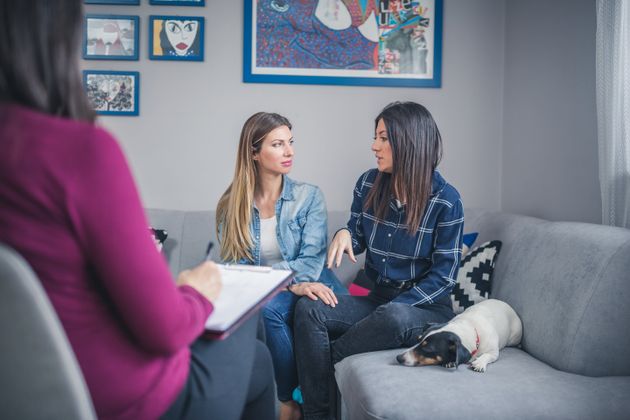 It’s hard to make a general statement about what happens during friendship therapy as it will be tailored to the people in the session, explains Dr Miriam Kirmayer, our second podcast guest, who’s a Canadian clinical therapist specialising in friendship. However, it shares similarities to couple’s therapy.

“I’ll encourage clients to become more comfortable asserting certain needs or expectations, or boundaries, and really communicating that to our friends,” she says in the podcast.

A big emphasis during traditional couple’s therapy is exploring what each partner considers as “quality time” and making space for both needs to be met, adds Dr Kirmayer. She works with friends to also open up about this.

“It really is a matter of finding ways to prioritise quality time in your platonic relationships,” she says. “For one person it might be a really intimate conversation and for somebody else it might be going out and doing the kinds of things that you really enjoy doing together.”

The more communicative we can be about what we’re feeling and the changes we’re craving in a friendship, the more likely they are to happen, says Dr Kirmayer.

While she believes friendship therapy is worth a shot for a deep friendship  that’s struggling, she acknowledges that not all platonic relationships will go the distance.

“There are situations where we grow apart from friends, and I do think that there needs to be space where we normalise that process,” she says. “Not all friendships will last. In fact an overwhelming majority of friendships don’t last and that that’s okay. That doesn’t make the time we had together any less meaningful, and there’s room for learning in that.”

But therapy did work for Ann and Aminatou, who describes their friendship as being “in a healthier place”.

How To Solve the Print Issues in HP Envy 5660 Printer

More drive-thru lanes, contactless payments, and deliveries — here are 14 ways the coronavirus could impact fast-food restaurants even after the pandemic

From touchless to high-tech, the smart home at CES 2021 reflected the times