Posted by Troy Schindler from huffingtonpost.co.uk·Aug 11 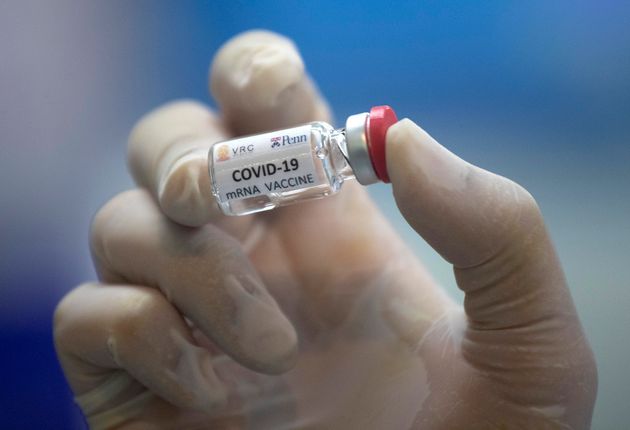 Russia has become the first country to approve a vaccine against Covid-19,  according to its president Vladimir Putin.

He announced on Tuesday that the inoculation, developed by the Gamaleya Institute in Moscow, had been granted regulatory approval after less than two months of human testing.

Final “phase III” clinical trials for the vaccine, where it is given to large numbers of people, are still in process to establish whether it is safe and effective.

But speaking on state television, Putin said the vaccine was safe and hoped the country would soon begin mass production.

“As far as I know, a vaccine against a new coronavirus infection has been registered this morning, for the first time in the world,” he said.

“I know that it works quite effectively, forms strong immunity, and I repeat, it has passed all the needed checks.”

The Russian president added: “One of my daughters did the inoculation herself.

“After the first injection, her temperature went up to 38, but by the next day it was just a little over 37.

“In this sense, she took part in the experiment.”

The Russian vaccine uses adapted strains of the adenovirus, a virus that usually causes the common cold.

A second vaccine from Russia’s state research centre in Siberia is said to be close behind.

Officials said they plan to begin vaccinating medical staff in August, with mass vaccinations expected at the start of next year.

The announcement has been hailed in Moscow as evidence of the country’s scientific prowess, but there are concerns Russia is prioritising national prestige over science and safety.

White House coronavirus task force member Dr. Anthony Fauci said he has doubts Russia has shown its vaccine to be safe and effective.

Speaking to the House Select Subcommittee on coronavirus, he said: “I do hope that the Chinese and the Russians are actually testing the vaccine before they are administering the vaccine to anyone.

“Because claims of having a vaccine ready to distribute before you do testing is, I think, problematic at best.”

In Russia, a local association of multinational pharmaceutical companies warned allowing a vaccine for civilian use before clinical trials could put people at risk.

“Why are all corporations following the rules, but Russian ones aren’t? The rules for conducting clinical trials are written in blood. They can’t be violated,” said Svetlana Zavidova, director of the Association of Clinical Trials Organisations.

“This is a Pandora’s Box and we don’t know what will happen to people injected with an unproven vaccine.”

China has already approved one Covid-19 vaccine for use in its military. It has also won approval to further test the jab in Canada.

More than 100 possible vaccines are being developed around the world. At least four are in final phase III human trials, according to the WHO.

Paint by numbers - Make your painting