Posted by James Flachs from huffingtonpost.co.uk·Aug 11 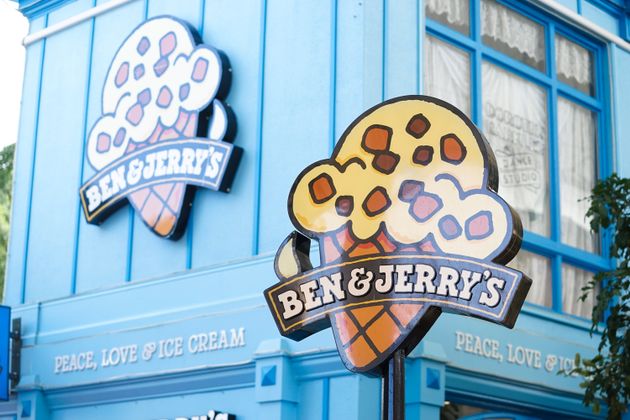 Home secretary Priti Patel has engaged in a war of words with an ice-cream manufacturer over the controversy surrounding migrants crossing the English Channel.

More than 4,000 migrants have made the dangerous voyage across the world’s busiest shipping lane this year, with at least 597 arriving between Thursday and Sunday.

The surge has been seized on by the media, which has sent reporters out to the Channel to monitor the crossings, with some receiving criticism for the tone of their coverage and accusing them of “voyeurism”. It follows Patel deploying the navy and a campaign by ex-Ukip leader Nigel Farage highlighting the “invasion”.

On Tuesday, the official Ben and Jerry’s UK Twitter account posted a series of tweets tagging the home secretary, which began: “Hey @PritiPatel, we think the real crisis is our lack of humanity for people fleeing war, climate change and torture.”

Hey @PritiPatel we think the real crisis is our lack of humanity for people fleeing war, climate change and torture. We pulled together a thread for you..

The ice cream maker also cited a HuffPost UK report that revealed the UK hasn’t resettled any refugees since March, despite the fact that “wars and violence continue”, it added.

“What we need is more safe and legal route,” said Ben and Jerry’s.

It continued by insisting that “stronger borders aren’t the answer” and urged ministers to talk to “expert organisations”, including charity Refugee Action.

The thread ends: “Let’s remember we’re all human and have the same rights to life regardless of the country we happen to have been born in.

“And once more for the back: PEOPLE CANNOT BE ILLEGAL.”

In response to the thread, the BBC reported a “source” close to Patel branding the firm’s product as “overpriced junk food”.

OOOF! Home Office source: “Priti is working day&night to bring an end to these small boat crossings, which are facilitated by international criminal gangs&are of serious concern. If that means upsetting the social media team for a brand of overpriced junk food then so be it.” https://t.co/QIrfXOjZ5w

The Home Office source told the BBC: “Priti is working day and night to bring and end to these small boat crossings, which are facilitated by international criminal gangs and are rightly of serious concern to the British people.

“If that means upsetting the social media team for a brand of overpriced junk food, then so be it.”

Ben and Jerry’s was founded in 1978 by best friends Ben Cohen and Jerry Greenfield in Vermont, US, and was bought by multinational company Unilever in 2000.

It comes as lawyers representing asylum seekers who arrived in the UK by crossing the Channel on small boats launched legal action to halt their deportation, which is due to take place on Wednesday.

qbcfmonitorservice not running on this computer | Complete Causes and Solutions

Minecraft Dungeons launcher shuts down as Unified Launcher rolls out

Joe Biden and his administration have officially taken over the presidential Twitter accounts, and he just posted his first tweet from @POTUS