Posted by William Gonzales from huffingtonpost.co.uk·Aug 16 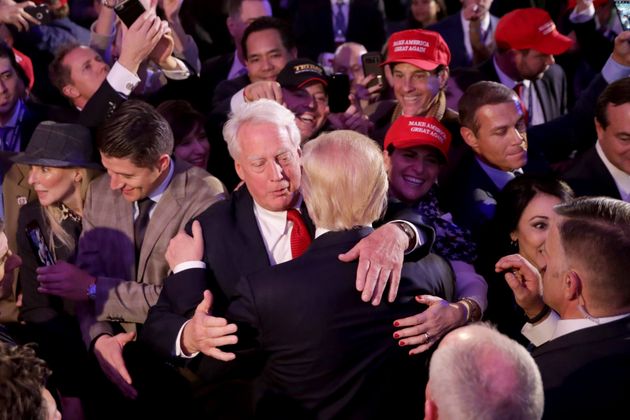 Robert Trump, the younger brother of US president Donald Trump died on Saturday night, a day after the president visited him in a New York hospital.

President Trump announced the death in a statement.

“It is with heavy heart I share that my wonderful brother, Robert, peacefully passed away tonight. He was not just my brother, he was my best friend,” the president said.

“He will be greatly missed, but we will meet again. His memory will live on in my heart forever. Robert, I love you. Rest in peace,” Trump said.

Robert Trump, who at 71 was younger than the 74-year-old president, was a business executive and property developer. Unlike his reality TV star brother, Robert Trump shunned the limelight.

President Trump visited his ailing brother on Friday at New York-Presbyterian/Weill Cornell Medical Center before going to his golf club at Bedminster, New Jersey, for the weekend.

The president was expected to attend the funeral, an aide said. He has a busy travel schedule in coming days with plans to visit four battleground states as part of his re-election campaign.

The cause of death was not revealed. Trump told reporters on Friday that his brother was “having a hard time” with an undisclosed illness. A person familiar with the situation said the brother had been on blood thinners.

ABC News had reported that Robert Trump was hospitalized in the intensive care unit at Mount Sinai hospital in New York for more than a week in June.

That month, Robert Trump won a temporary restraining order against his and the president’s niece, Mary Trump, to stop her from publishing a tell-all book that offered an unflattering look of the president and his family.

Robert Trump had said the book, “Too Much and Never Enough: How My Family Created the World’s Most Dangerous Man,” would violate a confidentiality agreement tied to the estate of his father Fred Trump Sr, who died in 1999.

The New York Post reported in March that Robert Trump had married his second wife, Ann Marie Pallan, and that they lived in a country home on Long Island.

Two of Donald Trump’s children shared tributes to their uncle on social media in the wake of this death.

“Robert Trump was an incredible man - strong, kind and loyal to the core. Anyone who encountered him felt his warmth immediately. He will be deeply missed by our entire family,” said Eric Trump in a tweet.

“Uncle Robert, we love you. You are in our hearts and prayers, always,” tweeted Ivanka Trump.

Gus Sholah, the younger Brother of Gus Dur who Ever So vice presidential Candidate Wiranto

An IT company with ties to Trump's brother won a $33 million government contract, and it's reportedly drawing protests from other bidders

Gene therapy can make us younger

Meet Mark Bezos, the younger brother of Amazon CEO Jeff Bezos who's about to join him aboard Blue Origin's first human space flight

Nintendo Switch 2: what can we expect from Nintendo’s next home console?