Yami Yugi : A Hero or a Sadist?

Yami Yugi, also called Dark Yugi, in the manga series Yu-Gi-Oh is the spirit of Pharaoh Atem. Along with Yugi Muto, he is the mainstay of the original and second series of the manga. In the second season, after realizing that the spirit inside him is a nameless Pharaoh from Egyptian times with no memory of his past life, Yugi embarks on a quest to obtain Egyptian God cards needed to unveil the Pharaoh’s past. 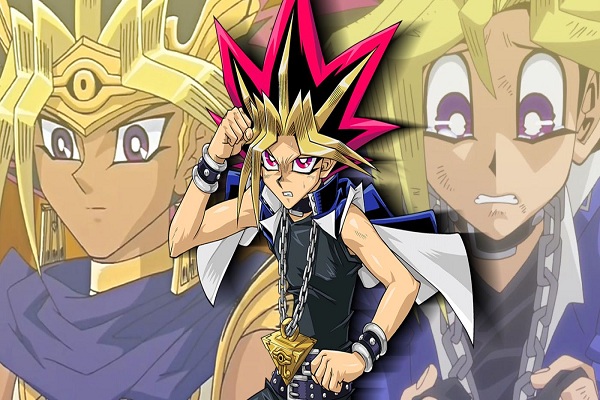 Yami would often take possession of Yugi Muto’s body to protect him. Later when Yugi came to know of Yami’s existence, he would often voluntarily choose to give possession of his body to him. As they were in possession of the same body, they were also able to converse with one another in order to work their way out of difficult situations. Their teamwork and the power of friendship were an effective whitewash to the darker side of Yami which was glossed over really well.

Although Yami has been portrayed as a hero in the censored version of the anime when one sees the uncensored Japanese version or even goes through the manga, one can’t help having a second thought about his moral character. To portray him as friendly and obliging is very one-dimensional as he is a complex character. It also glosses over the twisted parts of his disposition and gives him a moral pass which he doesn’t really deserve. To call him morally bankrupt is an understatement, as he is devoid of empathy to any of his victims.

Yami in many moments of absolute power over others can be seen to show a very dark side of his. He often draws sadistic pleasure from punishing others which he downplays by calling it poetic justice. His character is questionable right from the beginning as he takes possession of a teenager’s body. But what follows is a very gory picture of narcissistic torture that he inflicts on others.

Even in the first episode, Yami used Mind Crush on Kaiba which can leave anyone in a permanent coma, but he hardly flinched while using it. To not consider the consequences of such devastating actions, is only possible if he is a sadist and enjoys every bit of pain that he inflicts on others, which he did. Such psychopathic behavior and moral bankruptcy will be enough to cast anyone as evil but it’s surprising how his portrayal as a hero hardly got any criticism.

Even though he used Yugi’s body to fight off villains, he abused the power of the Millennium Pyramid. The Shadow games were used to inflict unimaginable pain and torture people in the name of poetic justice. Even though most men he punished were evil, his tortures were always a bit too much. But for him, these punishments were the definition of “Penalty Game”. One of the victims of this game of Yami was Jiro, an escaped prisoner. Yami literally burned him alive just for keeping a restaurant hostage in the desperation of hunger. How can this be morally justifiable? Even the cruelest criminals are not burned alive in a civilized society. No matter the crime, there are always some punishments that are off-limits. Or as Dostoyevsky would put it “A society should be judged not by how it treats its outstanding citizens but by how it treats its criminals.” Although, at the end of the day, Yami does have his redemption as he learns kindness and magnanimity from his lighter counterpart and undergoes moral improvement as he gives up most of his violent ways. What’s surprising is his portrayal as a hero drew so little criticism and his actions were deemed morally acceptable.

Source-Yami Yugi A Hero or a Sadist