Type in Multiple Languages At the Same Time on Android

Nowadays, we have become extremely dependent on our smartphones for a number of things that we do in our daily lives. Smartphones bring us a ton of apps that provide some great utility. Be it texting, browsing, entertainment, calling, and other stuff; smartphones bring an additional level of convenience to everything. These apps are updated on a regular basis for matching with the evolving user needs. One such recent update is the addition of multiple language support to the keyboard app. There are several customisation options provided with keyboard apps to assist your typing needs. Android devices are capable of recognising text in multiple languages, and the new update to the keyboard apps makes use of this functionality and provides a seamless experience of switching between languages while typing. Let’s look at how you can type with multiple languages simultaneously in your Android device. 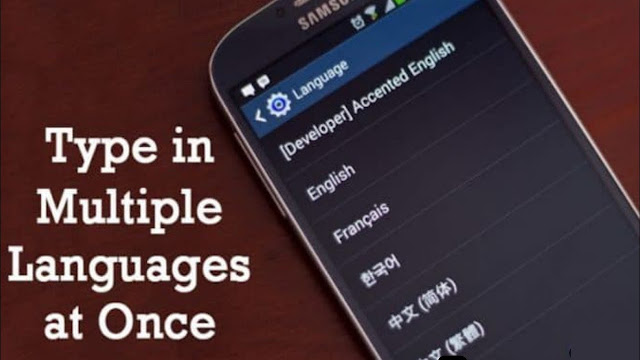 SwiftKey Keyboard is a well-known app that is widely used for typing. You can download it for free from the Google Play Store. With this app, you can type with up to five different languages. SwiftKey is designed to help you to transition seamlessly between different languages.

Step 2: After opening the app, you need to go to the Languages option. You will find a bunch of language options to choose from. They can be used by any type of language packs, or you can directly use them while typing.

Step 3: If your work involves working with multiple languages, you may decide to download all the language packs in one go, after which you will be able to choose from the downloaded languages from the menu.

If you don’t want to rely on a third-party app, you can also make use of the default Google keyboard app for your multilingual typing needs. You just need to follow the steps as mentioned below;

Step 1: Head over to the settings and then go to Language and Input. You will need to tap on the gear icon which can be found right beside the default app for the keyboard. Then select Input Languages

Step 2: Head over to the list of available languages, Where you can choose the language that you want to type in. There will be many languages on the list as Google has support for.

Step 3: Then, you need to move to the settings in the Google Keyboard app. You’ll need to disable the option that says “Use System language”.

Step 4: Now, you are free to open any app on the Android device that involves typing input. While you are on the keyboard, you need to click on the globe icon which is found next to the spacebar for changing the language input.

By following the methods mentioned above, you will be able to type with multiple languages at the same time on your Android phone.

Educational App For Kids: Why Game Development Is A Great Startup Idea

Call of Duty: How to Acquire a Pumpkin Head

Everything About the Boxis AF70 Micro-Cut Shredder

Everything About the Season 1 of Solo Leveling

Everything About Asus VivoBook Flip 14