Posted by Joseph White from huffingtonpost.co.uk·Sep 04 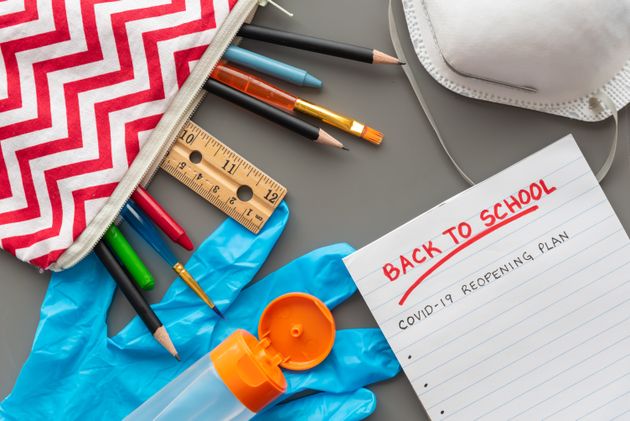 I don’t think I’ve witnessed the levels of excitement in my house the night before schools started after lockdown... ever. Perhaps at Christmas Eve, or the night my daughter hosted a sleepover for her eighth birthday. That came close.

But it was nothing compared to the giddy euphoria of my little girl preparing for going back to primary school after six months at home.

She worried she wouldn’t be able to sleep the night before because she was too excited and she couldn’t stop talking about seeing her friends. She asked me to read her the email I’d received from her headteacher, which laid out the ways school would be different – temperature guns at the gate, individual desks facing the front, rather than blocks of children sitting together – five times.

She carefully laid out her school uniform (which is all new, because she’s grown so much since March) on the floor, ready to put on the next morning. And she even created a ‘20-point plan’ for the way she hoped and expected the hour before school to go down.

It began with point 1: “Mummy wakes me up at 7.30am” – which is, in itself, a revelation. For the past six months, we’ve relaxed bedtimes, and she’s been waking up naturally around 8.30am. We needn’t have worried about this one, though – she was so excited, she was dressed by 7:32 (after point 2 on her list: “shower” and point 3: “dry”, of course).

She had everything accounted for – from point 11, “brush my teeth”, to point 14, which consisted of helping her little brother put his “bike helmit on” (sic).

Seeing my daughter create a blow-by-blow schedule, in anticipation of the return to school, showed me just how much our kids want to be “back to normal”.

We’re still in the midst of a global pandemic, with infection rates going up in parts of the world and local lockdowns reimposed. We’ve taken the necessary precautions, however uncomfortable they’ve made us: quarantine and self-isolation, homeschooling, social distancing, shielding and wearing face masks.

At times, it’s felt impossible. Research tells us the mental health of parents has suffered during the pandemic – mothers, particularly; who bore the brunt of homeschooling. A third of women reported the stress of teaching their children during lockdown had affected their mental health.

But just as much as it’s affected mums, dads and carers, it’s also had a substantial effect on our kids. The ONS analysed the results of a survey of more than 12,000 British parents between April 3 and June 7, which asked them about their experiences of homeschooling during the pandemic, and more than two in five said their children’s wellbeing has been adversely affected.

Hopefully, our kids won’t suffer long-term – but what my daughter’s reaction taught me is that a return to school, if done safely, is, in many ways, a blessing. 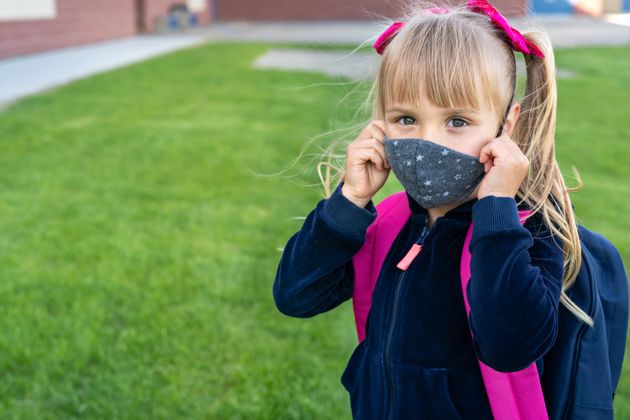 As for how it went? Well, she ticked off all of her 20 points with a marker pen as she did them – though I did scupper things, slightly, when I told her I didn’t want to wear a coat, contravening point 16: “Mummy puts her coat on”.

She couldn’t stop chattering on the 10-minute walk to school – she was so giddy, she even asked if she could “do a cartwheel in the street” (I said yes to a cartwheel, but no to the splits).

We saw a friend of hers on the other side of the road, and it was as though they’d met at the end of a long voyage at sea – which, in a way, they have. They threw their arms around each other immediately and held hands all the way to school, which I wasn’t too worried about, seeing as they’re in the same “class bubble”.

It was refreshing for me to see parent pals I’ve missed dearly during lockdown, too. The only thing I couldn’t do was hug them hello.

September is always a poignant time – the start of the academic year, the scent of autumn in the air. But as Britain slowly wakes up to the sound of children chattering excitedly on the way to the classroom, what it really brings with it is a renewed, if fragile, sense of normality – and hope.