Posted by Willie Edwards from huffingtonpost.co.uk·Sep 09

Anyone in need of some on-screen escapism can breathe a sigh of relief, as Channel 4 has confirmed we’re less than two weeks away from a brand new series of Great British Bake Off.

Initially, because of the effect of the coronavirus pandemic on the TV industry, fans were concerned that we may not get a series of Bake Off in 2020, but it was later revealed that bosses had managed to film a whole new run “in secret” over the summer.

It’s now been confirmed there’s not long at all to wait until the new episodes hit our screens, with the show set to return on Tuesday 22 September at 8pm.

The news was confirmed in a tweet on the official Bake Off Twitter account, alongside a photo of the show’s freshly-updated team, including new addition Matt Lucas.

Put a little love in your tart. Join us on Tuesday 22nd September for the return of The Great British Bake Off! #GBBOpic.twitter.com/q5k4kjrTZt

Matt is taking over as Noel Fielding’s co-host from Sandi Toksvig, who stepped down from Bake Off earlier this year. 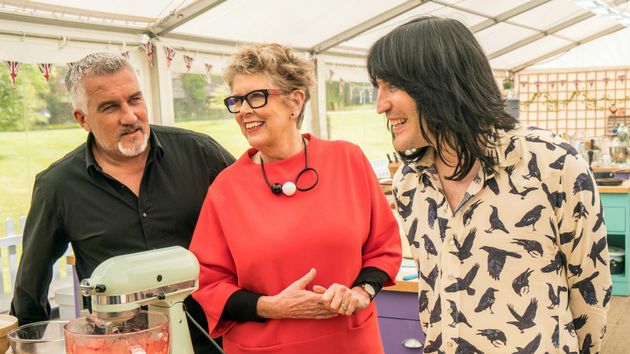 Channel 4’s deputy director of programmes and head of popular factual, Kelly Webb-Lamb, recently teased what was in store for the new series, insisting it was important to the team that Bake Off feel as “normal” as possible.

It was previously revealed all contestants, cast, crew and members of the production team had been forced to staying together in a “bubble” at a hotel for the duration of the six-week shoot.

How we test tech products at Insider Reviews