Here’s How To Cope With Lockdown Déjà Vu 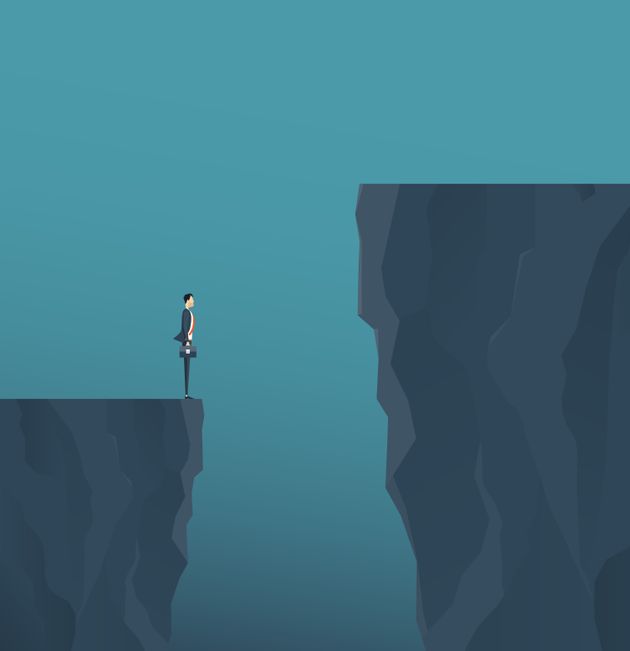 Covid-19 cases are rising in the UK. We’re watching government briefings, navigating new restrictions on our social lives and speculating – without any certainty – where we’ll be in a few months’ time. We’ve been here before.

The past fortnight has eerily resembled early March, when rumours circulated that a nationwide lockdown was imminent, but we had no idea what it would entail – or how long it would last.

This time, though, we’re painfully aware of how difficult it is to be cut off from friends, family and normality for a sustained period of time.

“It’s one thing to be faced with lockdown, but another to be faced with the possibility of doing it all over again,” psychologist Dr Tara Quinn-Cirillo tells HuffPost UK. “Like standing at the bottom of a mountain we just climbed and have to climb again.”

News of a possible second wave may produce feelings of fear or anxiety, adds Dr Quinn-Cirillo, especially for those with pre-existing mental health issues, who’ve only just been able to reconnect with their support networks.

Having new restrictions imposed, such as the six-person rule, could be a “traumatic experience” for many people, adds counsellor and psychotherapist Lucy Fuller.

“The new announcement has also taken us back to the idea that we don’t know how the future will look as there is no given date when restrictions can lift again,” she tells HuffPost UK. “This put us back into a state of not-knowing for a second time, which can feel unbearable.”

The feeling couldn’t juxtapose the joy of the past two months more, where we ate out “to help out”, got some long-awaited haircuts and spent some carefree time with our grandparents again, breathing a collected sigh of relief.

Anxiety may be mixed with frustration for some because of the recent happier times, points out Dr Quinn-Cirillo. Facing new restrictions can feel like an unjust consequence of following the rules, for those who’ve diligently worn face masks and abided by social distancing.

“What we know about human behaviour is adhering to rules is dependent on many factors, including how we are rewarded for sticking to the rules,” she says. “Many of us were of the belief that sticking to the rules in lockdown and in the weeks after would be rewarded with a more gradual loosening of restrictions. Fairness also plays a huge part in rule compliance.”

Some have questioned the fairness of the “rule of six” in relation to family life, when larger groups are being encouraged to gather in the workplace or at pubs and gyms. “When we’re faced with a lack of clarity or clear rationale on how and why we should behave in a certain way, this can impact on our emotional wellbeing,” adds Dr Quinn-Cirillo.

So, what can we do to improve our feelings towards the latest restrictions and concerns for the winter months to come? Simply acknowledging your feelings of uncertainty is a good place to start, says Dr Quinn-Cirillo.

“Trying to ‘battle’ to ‘get rid’ of your unwanted feelings can be emotionally and physically exhausting,” she says. “Try making room for them instead.”

Next, you should aim to live in the present moment. “Try your best to focus on what you are able to do, rather than what you are not able to do,” says Fuller. “This is difficult, but the circumstances of the ‘six rule’ are actually very different to the strict lockdown we were subjected to back in March.”

One positive step is to make plans that abide by the rule of six. If you’re worried about the virus, focus on keeping face-to-face contact with those you’re closest to as best you can, says Fuller. Turn down invitations you’re not comfortable with, but stay connected with those you love most.

“It would be easy to throw away all your plans and fester in your angry and frustrated feelings, but that would be a step backwards,” she says.

It would be easy to throw away all your plans and fester in your angry and frustrated feelings, but that would be a step backwards.psychologist Dr Tara Quinn-Cirillo

If you’re hit by a wave of panic, try a grounding exercise to bring you back to  the present moment.

“Take a deep slow breath in through your nose and out again through your mouth,” suggests Dr Quinn-Cirillo. “Try and name three things you can see, hear, smell. Push your feet into the floor and focus on how it feels. Find what coping style works for you.”

Now is not the time to skimp on everyday self-care, she adds, so make sure you’re getting the basics right. “Keep hydrated, well nourished through healthy mindfully chosen food. Exercise as often as you can as this is proven to positively impact on your emotional wellbeing,” she says. “Even just a short walk, cycle ride or run, playing a game in an outside space with your children.”

Finally, be kind to yourself – you’ve navigated a hell of a lot over the last six months and it’s okay if your resilience is reaching its limits.

“Take time to acknowledge this and take pressure off yourself where you can,” Dr Quinn-Cirillo says. “This may be reducing chores, deadlines, or asking for support from others.”

Samaritans offers a listening service which is open 24 hours a day, on 116 123 (UK and ROI - this number is FREE to call and will not appear on your phone bill).

Rethink Mental Illness offers practical help through its advice line which can be reached on 0300 5000 927 (Monday to Friday 10am-4pm). More info can be found on rethink.org.

Best sewing machine in india under 10000

Simple Tips on How to Remove Makeup

AWS has been doing things that are 'just NOT OK since 2015,' says Elastic as firm yanks Apache 2.0 licence