The 6th season of Apex Legends is rolling stunningly, and players are very impressed with new updates. Electronic Arts have made some modest changes in characters and maps, and it seems they will make a few more changes in the game. The whole Apex Legends community has complained about the tree and the in-game ins and outs. Just like every other battle royale game, Apex Legends also provides an amazing shooting experience. One of the biggest things that makes Apex Legends special is its character’s special abilities. 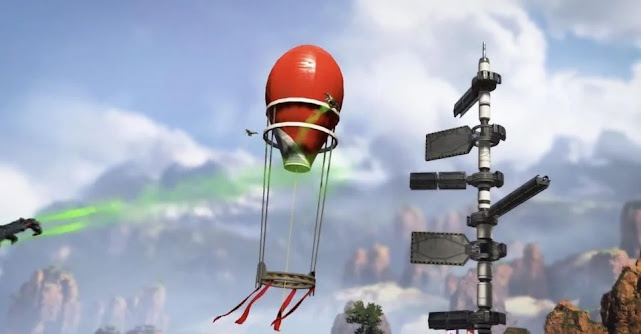 Every character of Apex Legends owns a unique ability. Some characters are healers, and some are good at mobility. Among all the battle royale games, Apex Legends carries an impactful number. The features and new stunning upgrades are helping the game to gain more players. Recently, players have found a new innovative aspect of Jump Towers in Apex Legends. To perform something extraordinary, players have to use the Jump Towers at the World’s Edge.

Most of the players are not familiar with the Jump Towers because they are not real towers. Those towers are small platforms slinging from the balloon which are accessed by zipline. After reaching there, players can once again use their jetpacks. However, the distance of the initial jump from the tower is not enough, but the tower allows the player to reposition in seconds. It reduces the danger and enables the player to escape from tough situations.

Every Jump tower on the map is marked by a red dot circled by a pink color representing its maximum distance by jump. Through the circle and dot, it is visible that players can easily cross some boundaries to avoid attacks. Without the jump tower, it is difficult to move in a far range in such a short time. Towers are one of the best ways to get some help. These valuable towers are easy to memorize because of their surrounded locations.

By seeing the tower and its surrounding areas, few things are clear. First is that by using the Jump Towers, players can easily travel. Through the Geysers and its jump boundaries, players can easily extend their jump distance, if performed correctly. However, players should keep one thing in mind that it could be temporary support. Apex Legends developers don’t usually change the major adjustments, but the Jump Towers are different, so players should keep it in sight.

The middle map tower is very helpful for the players. There are certainly more towers available, but those towers are far from the range of jumping immediately. For a player, it is quite tough to go there first and jump from those towers. So in the middle area, players can use shield characters like Gibraltar and Rampart to dominate the tower for better use.

With every new season, Apex Legends launches some unique content and updates in the game. The “Evo Shield” update was slightly confusing at the beginning, but the main motive of devs to provide a unique experience while playing battle royale game.

From the Beginning, Apex Legends is trying to provide some cool and unique content. Indeed, they succeed in most of their attempts. Many other battle royale games have taken a similar idea to make their games challenging too. Apex Legends is currently available on Xbox One, PS4, PC.

First but not the last shirt