What Do You Do When Your Kids Are The Ones In Control?

Posted by Lucas Castillo from huffingtonpost.co.uk·Sep 18 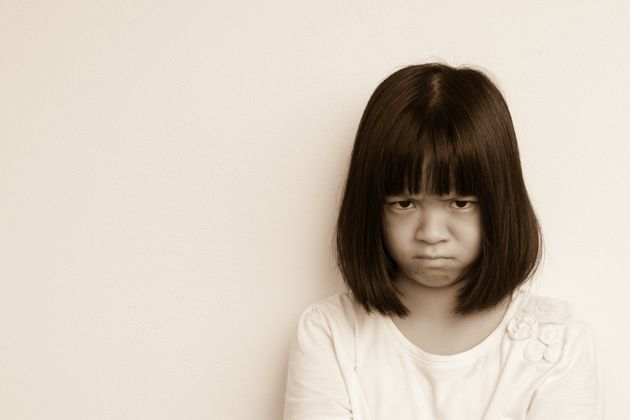 Does it sometimes feel like your kids have you wrapped around their little finger? As I write this, I find myself nodding emphatically – only this morning, my son badgered me incessantly about wanting a chocolate chip brioche, and I was so stressed about getting his shoes on for the school run that I agreed to it, despite our usual “no snacks before 10am” mandate.

My son, who’s four, still drinks milk before bedtime – and often wakes up during the night for it, too. I want it to stop, but I don’t know how – not without us all getting a lot less sleep.

And I’m not alone in letting my kids occasionally call the shots. One mum told me her children are so used to her singing them a goodnight lullaby, that when she went away for the weekend they kicked off; refusing to settle down for the person looking after them and demanding she FaceTime them to belt it out.

Ask any parent: all we want is an easy life. But every time we find ourselves ‘giving in’ to our kids, we worry, blame ourselves, feel a huge sense of mum guilt and panic we’re in danger of raising little monsters. 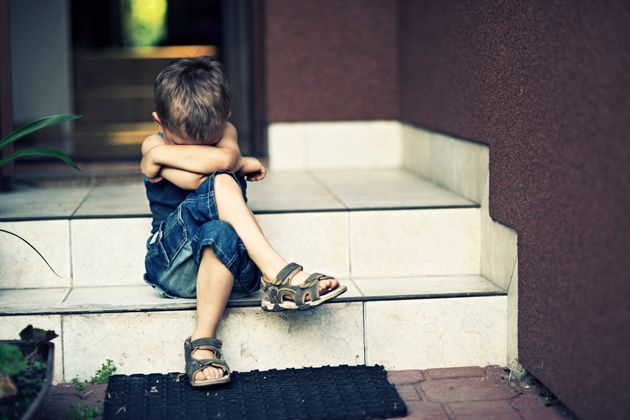 It’s easy to slip into bad habits – we’re human. “It’s often a case of ‘short term gain, long term pain’,” author and parenting expert Liat Hughes Joshi tells HuffPost UK. “If we’re tired, stressed or overwhelmed, we go with a parenting tactic that solves things quickly. But there comes a time when you realise this is not actually the right way to go longer term – and you need to move on.”

Kids like familiarity and routine, says Dr Amanda Gummer, child psychologist and founder of the Good Play Guide – and that’s fine, but if you get into a rigid routine then kids aren’t able to be flexible and adaptable, which is vital for their development and future learning. “How to deal with uncertainty is a life skill we need to teach our kids - especially at the moment,” she tells HuffPost UK.

“If it’s a bad behaviour they’ve been getting away with because they’re little, but as they get older it’s less cute – such as sticking their tongue out – find an occasion and mark it,” she says. “You can make a big deal of their age; tell them, ‘you’re eight, now! So, we don’t do that anymore, but instead, you can do this!’ Replace it with something positive.”

Kids like familiarity and routine.Dr Amanda Gummer, child psychologist and founder of the Good Play Guide

Joshi recommends speaking to your children, assuming they’re old enough to understand this at a basic level (so, four or five plus), about setting a new routine. “Sit them down in a nice relaxed way, perhaps with a hot chocolate or healthy treat. Call it a ‘family meeting’, if you like,” she says.

Explain to them that now they’re older – “and kids love this, because they love being made to feel more grown up” – you need to find new ways of doing whatever it is that needs changing. It might be the bedtime routine, or changes to screen time rules.

It’s important to explain to your kids why things need to change, adds Joshi, but emphasise that it’s something you can tackle together. “Work together on the fresh solution so your child feels involved, but make it clear – and be clear to yourself – that you are the parent, and you make the final decision on how things are done. By involving them in the ‘reset’, even if it is only a little, your child is more likely to be positive about the change and be on board with it.”

It’s important parents show their kids that they’re okay with the changes, too, says Dr Gummer. “If you’re feeling a bit guilty or anxious about not reading a story, or singing a goodnight lullaby, your kids might hear that,” she says. “If you’re more positive about it, you’re putting the ‘parent-centred parenting model’ in action: you’re saying it’s fine and emphasising the positives of what you’re doing. Don’t make it the child’s fault, and try to resist the pangs of guilt.”

Dr Gummer also had tips for parents (like me) whose kids still have night-time crutches, such as drinking milk. “Put a glass of water by his bed,” she advises. “Give him a snack before bedtime – an apple or some crackers – instead of milk. Remind him that he’s a ‘big boy’, now – and big boys have water, not milk. Let him choose the cup he has beside his bed, and remind him he doesn’t need to wake anyone else up, he can just reach for it, himself.

“If it’s a bad habit you’re trying to get rid of, link it to an event and make it a big deal – a celebration, that the child is old enough not to do that, anymore.”

Children, life as a parent, how to raise a kid, behaviour, children

Microsoft's got its head in the clouds: Turns out when we all have to work from home, remote platforms make bank

FCC puts final nails into net neutrality coffin. In a week, America will vote on whether to bury or open it up again

Zoom finally adds end-to-end encryption for all, for free – though there are caveats

2020 US House Elections: Democrats go on the offense to expand their majority in the House of Representatives