The Chilean-French filmmaker tried to adapt Frank Herbert’s novel but couldn’t, and now he just gives his best wishes for the success of Villeneuve’s upcoming film.

As promised, Warner Bros. released the trailer of Denis Villeneuve’s upcoming film “Dune,” the latest adaptation of Frank Herbert’s novel, which is now a Christmas tentpole. Alejandro Jodorowsky tried to adapt Herbert’s story in 1970 in which he was not successful because of financial issues (the saga which has been relayed in a 2013 documentary “Jodorowsky’s Dune”), and now in a recent interview with France’s Premiere Magazine, he reflected his thoughts on the newly released trailer and wished good luck to Denis and the entire production staff.

In his comment, Jodorowsky remarked that though the scenes are really good, the money which made the film very expensive did nothing about its predictability. He added again that there wasn’t any “surprise” that the trailer threw at him. Denis Villeneuve’s Dune looks pretty much the same in “form,” as did the other on-screen adaptations of Frank Herbert’s novel. He said that the setup, the lighting, and the acting looks pretty predictable. 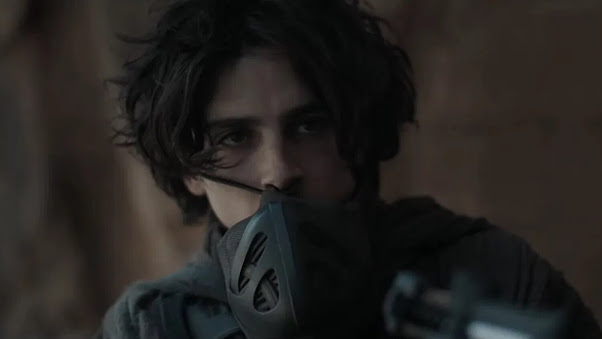 However, in an interview with IndieWire in August, Alejandro Jodorowsky was skeptical about anyone pulling off such a film. David Lynch tried to make it in 1984, which resulted in a monumental failure starting with Lynch taking his name from the credits after he was denied his director cut and his total disapproval of the theatrical cut.

In the interview with the premiere magazine, Jodorowsky also gave his insights on the book. He said that Frank Herbert’s book is like a Proustian narrative so much so that despite it belonging to the genre of science fiction, in its core, it is a literary piece. And according to him, that is what makes it so hard to adapt because it’s not a child’s play to find images to substitute the words written in the novel. He relayed the memories of 1984 when his son forced him to watch the film, which he was sure he wouldn’t because that was his dream which was given to someone else. But, when he reluctantly agreed to do it, he was satisfied because Lynch’s film was nothing but a horrible blunder.

He realized afterward that “Dune” is iconic, and it really is unadaptable. He was convinced that nobody can ever be successful in a true adaptation of Frank Herbert’s novel.

Dune is an upcoming Warner Bros. tentpole whose December the 18th release date, however, is on the fringes of an inevitable delay as DC’s Wonder Woman has been slated to be released on Christmas Day. Dune will be pushed to 2021.

But, in a recent interview with Stephen Colbert, Denis Villeneuve, along with his cast, said that the production team is working tirelessly to finish the film before December.

“Dune,” a modern adaptation of Frank Herbert’s novel, has been budgeted around $200 million, and the story will be told in 2 parts. The first film stars Timothee Chalamet in the lead role of Paul Atreides. He is supported by co-star Zendaya as Chani and actors Rebecca Fergusson (Lady Jessica), Jason Momoa, Dave Bautista, Oscar Isaac, Stellan Skarsgard, Javier Bardem, Josh Brolin, and Chang Chen form a stellar cast.

Only time can tell what Villeneuve can deliver with “Dune.”

Dune is Coming to Spice Up Winter 2020

The Trailer of Dune will Leave You Flabbergasted