Posted by Donald Broussard from huffingtonpost.co.uk·Sep 22

For one of the warmest and cosiest shows on TV, there can still be a hell of a lot of tension on The Great British Bake Off.

Most of that stems from when things aren’t going exactly to plan for the bakers, as they navigate the challenges set by Paul Hollywood, Prue Leith and previously Mary Berry.

Over the course of the last 10 series, there have been many memorable-for-all-the-wrong-reasons moments. Here’s the biggest disasters to strike inside that famous tent... 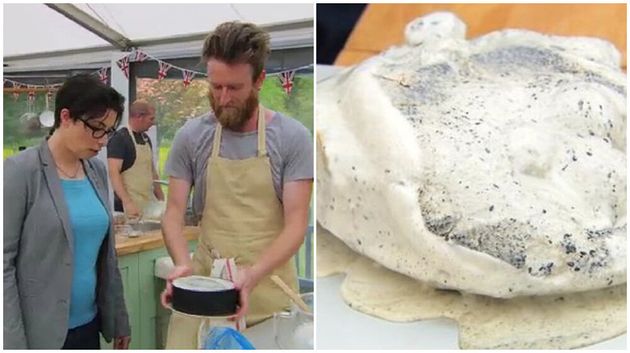 Let’s start with the obvious one, shall we?

In one of the most memorable Bake Off moments ever, Iain Watters binned his Baked Alaska back in 2014 after it fell apart when he removed it from the tray, having failed to freeze.

To add to matters, fellow competitor Diana Beard had momentarily removed it from the fridge, with some viewers wrongly accusing her of ruining his bake. 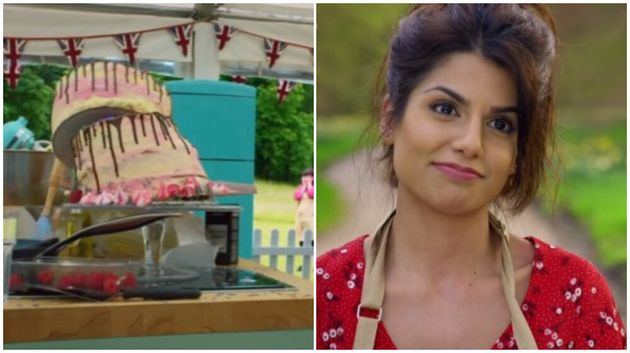 Bake Off’s first-ever Vegan Week didn’t go exactly as planned for contestant Ruby Bhogal back in 2018, when she had trouble getting her two-tier cake to stay in place.

After a team effort to get it to stay, the bakers headed out of the tent as they awaited the judges’ verdict, only for the top tier of Ruby’s cake to make a break for it… 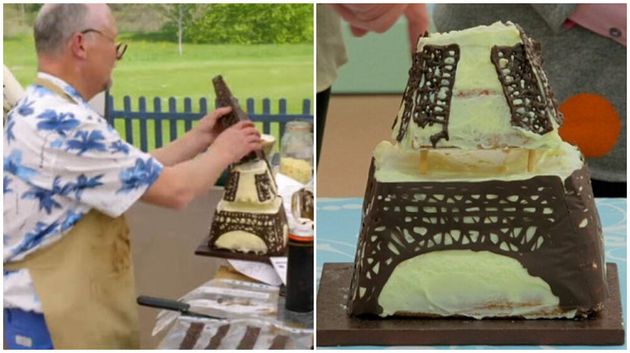 The heatwave of 2018 also played havoc with one of Terry Hartill’s bakes during Cake Week, when the heat caused his Eiffel Tower cake to start looking more like the Leaning Tower Of Pisa.

After his attempts to save it, the chocolate decorations crumbled and he binned the top layer, presenting the judges with only two thirds of the French landmark.

An act of god 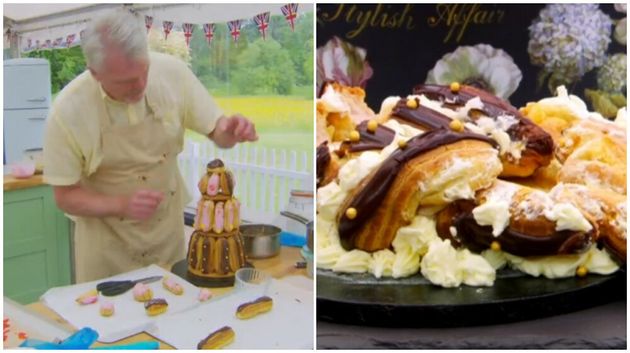 Paul Jagger earned a place in the hearts of Bake Off fans with his incredible lion bread, but he had much less luck during Patisserie Week in 2015.

His religieuse a l’ancienne showstopper collapsed under the weight of construction ahead of the final judging, with Paul subsequently exiting the competition. 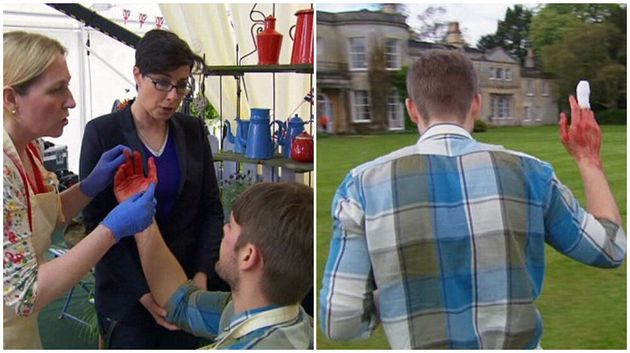 There was a bloodbath in the tent back in series three, when eventual winner John Whaite had a kitchen mishap involving a blender.

John nearly lost a finger after dipping his hand in the Magimix, and he came close to passing out as blood filled his glove. He was later taken out of the tent to receive medical attention. 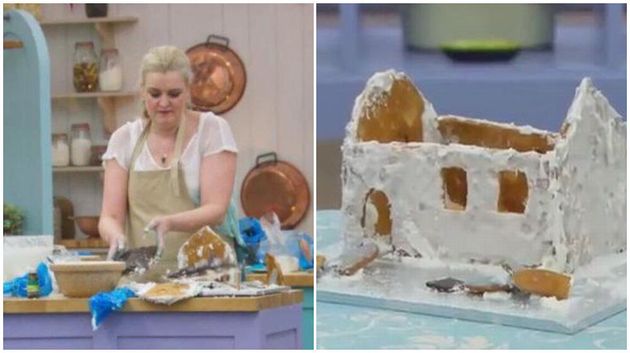 Funnily enough, Louise Williams was eliminated from the competition after presenting this to Mary Berry and Paul Hollywood back in 2016, after disaster struck her gingerbread house in the final moments.

Speaking afterwards, she said: “I laugh at it now but it was devastating at the time. I think I could have got top marks for a cake disaster award.” 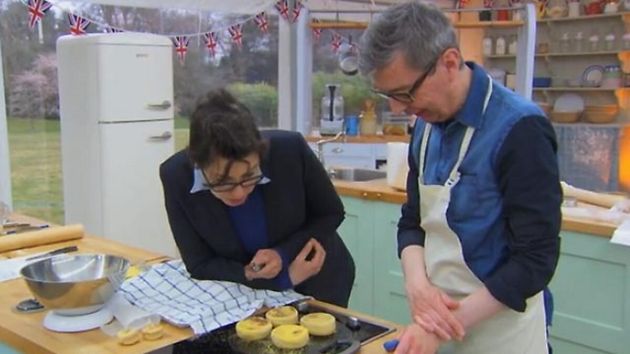 We miss Mel and Sue a lot on Bake Off, but one person who might have wished they weren’t in the tent during his series was Howard Middleton.

Back in 2013, Sue was responsible for flattening his muffins (!) during Bread Week when she leant down on the counter to have a chat with him, not realising her arm was resting on his bakes.

However, Howard’s mauled muffins were just the start of his problems... 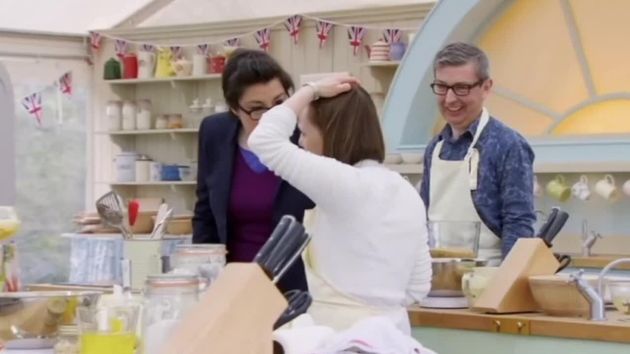 Deborah soon realised her error and confessed to Sue, in what became known as #CustardGate on social media.

“It’s either a terrible error or the most incredible case of baking espionage I’ve ever seen,” Sue joked, before Debroah offered Howard her custard to use instead. 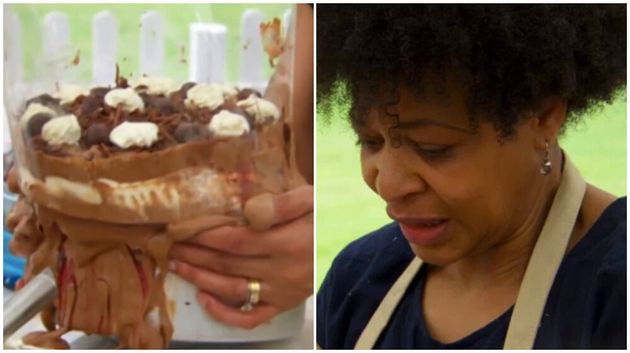 Series six contestant Dorret Conway was left in tears in the very first week of the competition when her showstopper challenge went off course.

She’d had trouble getting her black forest gateau to firm up, putting it in the fridge to help it set. But – as you can see from above – her hopes were dashed when it came to taking it out of its plastic.

It wasn’t all bad though, as a strong enough performance in the signature and technical challenge helped see her through to the next week.

Fit for the floor 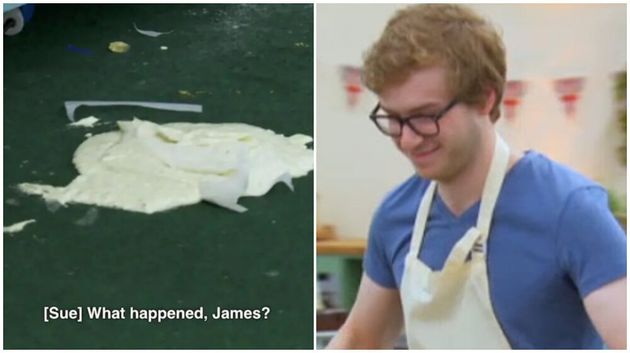 Back in series three, competition favourite James Morton experienced every baker’s worst nightmare when he dropped an entire cake on the floor.

While he still had time to whip up another to replace it, his final efforts still didn’t hit the right spot with the judges. 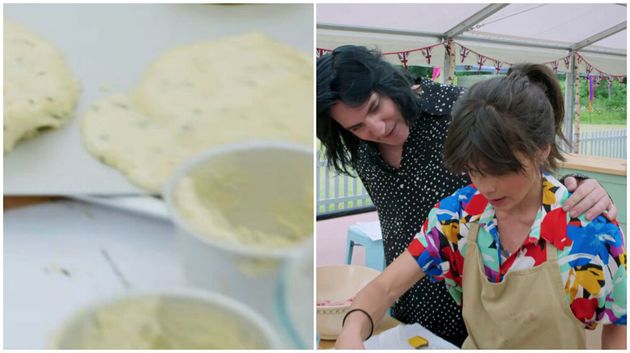 Steph Blackwell had been the favourite to win the 10th series in 2019, but was left in tears when her stilton soufflés collapsed into liquid during the final technical challenge.

After her later showstopper was badly received, she was given a hug by Paul, before David Atherton was crowned the winner of the series. 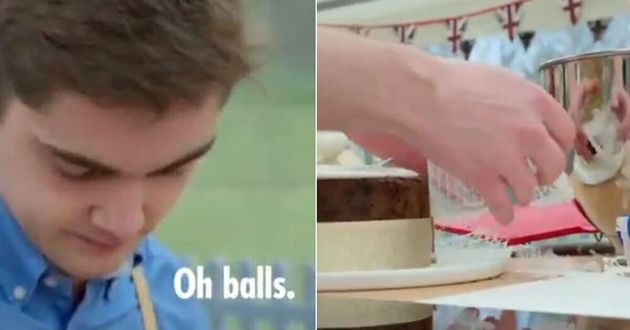 The bakers had only been set their first challenge when disaster struck Henry Bird in 2019.

An intricate topper for his signature bake – a house made out of piped royal icing – smashed into tiny little pieces as he tried to place it on the top of his fruit cake.

Still, it didn’t set Henry back in the long run, as he went on to last eight weeks in the competition.

The new series of The Great British Bake Off airs Tuesdays at 8pm on Channel 4.

The Great British Bake Off

The Great British Bake Off Winners of All Seasons