If Boris Johnson Wants The Public's Backing On New Restrictions, He Must First Apologise

Posted by Matthew Hansen from huffingtonpost.co.uk·Sep 22 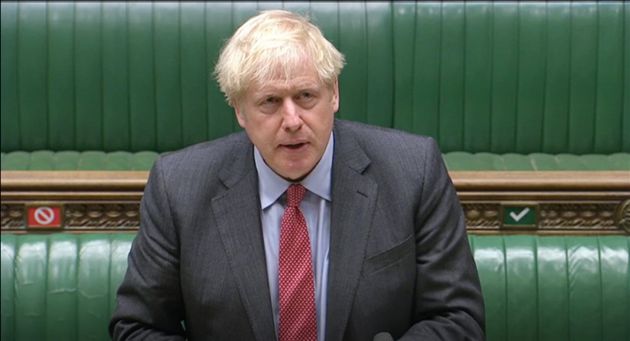 Everyone makes mistakes. No-one has handled this pandemic perfectly. The question is whether you admit to your mistakes, learn from your mistakes, and make sure not to repeat them the second (and third) time round. So it is welcome to hear from the Prime Minister a frank admission: “I got carried away by the coming summer and the general mood. That was a mistake I don’t want to make again”.

Unfortunately (at least for those of us in the UK) those are the words of the Czech PM, Andrej Babis. And yet, what he says applies as much here as there.

Remember all the hype about re-opening pubs on Saturday, July 4? It was dubbed ”Independence Day”, “Super Saturday”. That was no coincidence.

The timing and the messages were deliberately managed by No.10 and designed to send a strong signal that things were back to normal, such that people should resume their traditional patterns of consumption. And just in case the signal might be too subtle for some, Boris Johnson exhorted us that it was our “patriotic duty” to go to the pub.

In the case of workplaces, things were even less subtle. Not only were people told they should go back, Johnson warned that if they didn’t they might lose their jobs.

So many had little choice but to travel (often on crowded public transport) and mingle with their workmates. Sure, the workplace was meant to be safe and ministers repeatedly asserted that it was safe. Yet, the government did nothing to ensure that it was safe but rather handed the job over to employers with little guidance, minimal oversight and no support (hardly surprising since the number of Health and Safety Inspectors has been slashed by half in the last five years).

The inevitable result? Employers themselves acknowledge that 46% of workplaces are not properly distanced and 38% of the most vulnerable employees report no Covid mitigations at all in their workplaces.

So, a few weeks down the line, it comes as no surprise at all that infections are spiking again and that those who are most exposed to contact with others – the young – are most affected (for now at least).

And how has the government responded? By acknowledging its mistakes? By learning the basic lesson that if you relax, this virus will come back and bite you? By apologising to people – especially young people – and acknowledging that its advice exposed them to danger?

The notion that it is public misbehaviour that is the problem leads the government to put the onus almost entirely on us to change our ways.

No. None of that. Indeed, it has done the precise opposite and accused them of being the cause of the present mess. According to this narrative, the problem isn’t that young people have behaved according to the government’s bad advice, but rather they have misbehaved and ignored the government’s advice.

Not only is this wrong and unfair. It is also profoundly counter-productive. If you demonise one group as the cause of greater infections and greater restrictions, you alienate that group and make everyone else complacent (“we aren’t the problem, OK we may be having one or two more people over in an evening, but we aren’t having house parties like those dreadful youngsters”). In both ways, you undermine future adherence to the measures needed to control the pandemic.

Still worse, such a false diagnosis leads to an ineffective cure. The notion that it is public misbehaviour that is the problem leads the government to put the onus almost entirely on us to change our ways and to threaten us with punishment if we fail to heed their strictures.

On the one hand, this ignores the responsibilities of the government to support us in doing the right thing. While it would be a good start to stop encouraging us to increase our exposure to the virus, it would be far better to provide us with the resources we need to avoid getting infected and infecting others. Most obviously, provide a functioning test and trace system and make sure we can afford to self-isolate.

They must shift from a narrow focus on what the public must (and mustn’t) do to a broader focus on what we all (government, employers and the public) must do. And they must understand that the best way to get us, the public, to do our bit is to stop hectoring us and do their bit.

Such a reset depends, of course, on realising and acknowledging their mistakes to date. Do they have the insight, the courage and the integrity to do so?

Stephen Reicher is Wardlaw Professor of Psychology at the University of St. Andrews and member of Independent SAGE.

What Is Boris Johnson Actually Good At?

Learn how to fix payroll update error 15271 in QuickBooks desktop: