Discuss: What does the future of gaming look like?

The gaming community has been involved in “console wars” for quite a long time. The fans have always seen discussions about the race between each console manufacturer. The Sega Dreamcast was the company’s last traditional console after a lot of failures in the market. If we talk about another generation of gaming consoles from Sony and Microsoft, the gaming landscape has drastically changed. On comparing these two gaming consoles with each other, we will find that Microsoft is the leading gaming console company. 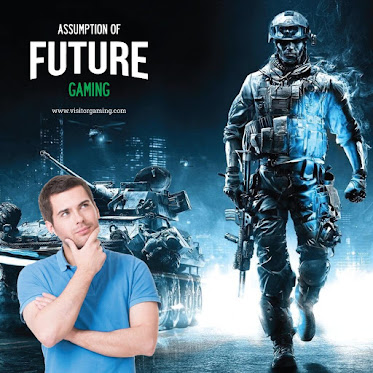 Microsoft first introduced Xbox Game Pass in the year 2017 and gave Xbox one of the best deals in gaming with more than 100 games available at a monthly cost less than the price of a single game. Xbox played an impressive role in providing instant access to a huge library of games from Microsoft and third-party developers.

Once again, Microsoft introduced Game Pass for PC last year, and with that, the users did not even have to buy the hardware of Microsoft to get access to a long list of games and that too for a very low monthly charge. It requires a Windows 10 PC that can run games and have a great configuration. However, this month, the next step – game streaming from the cloud officially launched on Android as a part of Game Pass Ultimate, and also a user does not even need a PC or a Windows license. Also, the users have not to worry about the specifications of their device.

Microsoft has also announced its acquisition of Bethesda and bundling EA Play into Game Pass, earlier this week. Microsoft is willing to lower the price and effort to lead the next generation of gaming. Microsoft is working hard on this new method to bring games to users. However, Microsoft knows this can be caught by any other company.

According to the head of Xbox, Phil Spencer, it is not necessary to see Sony and Nintendo as rivals of Microsoft and instead he pointed to companies like Google, which has its Stadia service, and Amazon. The service has recently announced Luna Cloud Gaming Service. The price offered by Stadia and Luna is similar to that of what Microsoft is offering with Game Pass Ultimate. Both of the companies had no experience in building games in order to kickstart a new gaming platform with major experiences.

After discussing the future of gaming, we have concluded that it would not be impossible for a company to develop the games with more traditional controls. However, companies like Nintendo have the tendency to design most of its games that require specific hardware features, and this can be replaced with game streaming in the future, which might not be loveable as compared to the video streaming market.