Everything You Need to Know About Upcoming Season of Raising Dion

Raising Dion is a famous sci-fi and superhero genre series on Netflix. It started streaming in October 2019 and the first season consisting of 9 episodes became widely popular. The popularity of Raising Dion can be assumed from the fact that it found a place in the list of top 10 most-watched shows on Netflix. Raising Dion is based on a 2015 comic book by Dennis Liu, and it has received an IMDb rating of 7.2. Fans were wanting and expecting another season of Raising Dion. We can soon see it streaming on Netflix, as it is already declared on the official Twitter handle of Raising Dion. If you have been curious about the release date, cast, and plot of Raising Dion and looking for your answers, then we have got you covered. In this article, we are going to answer all your questions about the famous series. Let’s scroll down and find the answers to all your questions about season 2 of Raising Dion. 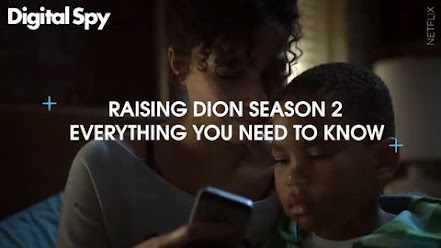 A plot is something that makes any movie or series, good or bad, and it is something which is one of the best parts about Raising Dion. The story of this superhero genre revolved around a single mother, Nicole, and her son, Dion, who believe that Mark, her husband, and his father respectively, had died (however, he did not). Dion started to have some supernatural powers after his father died. Nicole helped her son to use those powers and made sure that people do not come to know about the power he possesses. She also takes the help of Pat, Mark’s friend, in the process. The first season of Raising Dion depicted the struggles of Nicole in raising her son. It also showed that Mark and Pat both have supernatural powers, and Pat is capable of doing the things which are not in his control, and that made him consume Mark also. Season 2 of Raising Dion is supposed to be carrying the story of season one further, and it will be depicting the fate of Mark, who is trapped in Pat’s storm and his family believes that he is dead. We can expect the comeback of Mark in season 2 and witness him exhibiting his supernatural powers and use those to help his son Dion.

The first season of Raising Dion featured some amazing actors and characters, and they all are supposed to feature again in season 2 of the series, as none of the characters of the story died. Jordan, who portrayed Mark, delivered a brilliant performance and is sure to come back in season 2.  Alisha Wainwright (Nicole Reese), Ja’Siah Young (Dion Warren), and Jason Ritter (Pat Rollins) are also sure to feature in season 2 of Raising Dion. The excitement for season 2 of Raising Dion is going to be the same as we are not going to miss any of the actors from the previous season, as every character still got an unfinished role in the story.

Raising Dion is one of the most popular series streaming on Netflix. It has ticked all the basics of a good series right, and we can expect the same from the upcoming season also.

What Does Stephen King Think of Stranger Things?

Everything to Know About Pokemon Go Halloween 2020