Coronavirus Could Wipe Out Cash. Here's Why That Matters For All Of Us

Posted by Trisha Lewis from huffingtonpost.co.uk·Sep 30

For people who only have to tap their bank card to pay for their day-to-day shopping, and can access their account balance at the push of a phone button, the closure of a nearby cash machine will probably be met with a shrug of the shoulders, if even noticed at all.

For some, the biggest impact this might have could be the minor irritation of having to root around in their pockets for some loose change when the card machine goes down at the local off-licence, or having to dash an extra half a mile to the nearest machine when they find out the takeaway around the corner only takes cash.

But while digital innovations have helped make buying goods and services quick, simple and efficient for millions across the country, it’s a serious mistake to merely view the changes to the way we make payments on an individual basis – to get a true understanding, we need to recognise how it impacts on communities. 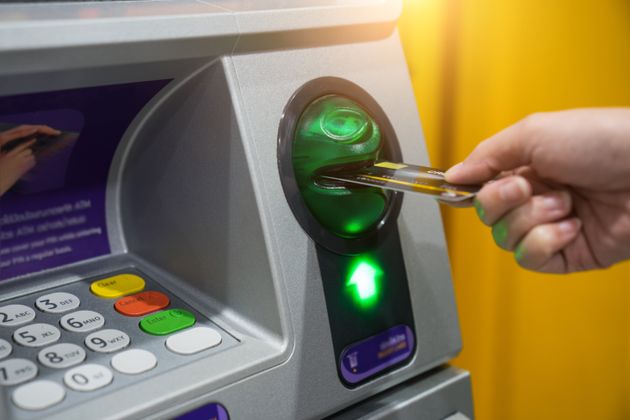 While the cash machine at the end of the road may be rarely, if ever, used by a tech-savvy teenager, it could be a lifeline to their elderly next door neighbour who struggles with their mobility, or someone on a low income who prefers using cash as a way to control their spending.

Our research has found that thousands of cash machines and bank branches have disappeared across the country in recent years, meaning this is a situation that confronts millions of people across hundreds of communities, a situation that has been made even worse by the pandemic.

Figures from the financial regulator on Tuesday showed that a staggering 59,000 people had no access to cash within three miles of their home at the peak of the bank branch and cash machine closures during the first national lockdown.

Without access to online banking, a closure could mean a miles-long journey by public transport to take out the money someone uses to make every payment, including for food and medicine.

This could be a significant challenge for those with mobility problems or who live in areas with poor public transport. But even when people can get their hands on it, cash transactions themselves may now be at risk as retailers are wary of the safety of cash.

This is highlighted by the growing number of shop fronts now displaying signs stating they only accept contactless payments, despite evidence showing that cash presents a low risk of infection compared to other surfaces such as plastic and stainless steel, and can be guarded against by taking basic precautions such as hand washing.

Many people wrongly assume that the only people who rely on cash are the elderly.

And while many people assume that those who rely on cash are elderly, our campaign to protect people’s access to cash has heard from a wide cross-section of society, including those living with disabilities or on tight budgets, as well as rural and isolated communities that have such poor levels of connectivity that they struggle to take advantage of new banking technology even if they wanted to.

A woeful lack of action from the banking industry to serve these customers over recent years has seen these problems grow to a point where the cash system is now at breaking point, and urgent solutions are needed before it collapses completely.

That’s why the announcement of a rollout of several trial schemes designed to address these issues is an important potential breakthrough. Nine communities that have significant problems with cash access from across the UK will take part.

These include Burslem, in Staffordshire, which became the first town in the UK with a population of over 20,000 to have neither a bank branch nor bank ATM on its high street, Cambuslang in South Lanarkshire, where the community is keen to find new ways to  support financially vulnerable customers’ access to cash, and Rochford in Essex, which has an ageing population who are heavily reliant on cash.

If the cash system collapses, millions of consumers could be left abandoned as a result.

They will test out a range of tailored solutions which, as well as installing new cash machines, will also try out innovations such as shared banking hubs in empty high street shops, and widespread access to cashback, even in locations like pubs.

If successful, these initiatives could help set us on a path that keeps cash a sustainable payment method for those who need it, alongside the new ways to pay that have become increasingly popular. So the banking industry must look to replicate trials that are shown to be effective in similar communities nationwide as soon as it can.

But given these schemes are still in their early stages, and the results won’t be established for a while yet, it’s vital that the government takes charge of the issue now and urgently steps in to guarantee access to cash for the millions who use it every day.

Its future can only be truly secured when the government introduces the legislation on cash that it committed to in the Budget.

If it delays any further, the cash system could collapse, leaving this pledge obsolete and millions of consumers left abandoned as a result.

Gareth Shaw is head of money at Which.