Posted by Billy Haigh from huffingtonpost.co.uk·Sep 30

Downing Street has refused to deny suggestions that the government is examining plans to ship asylum seekers to offshore remote locations to process their claims.

While reports that home secretary Priti Patel could look to create an asylum processing centre 4,000 miles away from the UK on Ascension Island have been played down, No.10 suggested ministers were looking to learn from Australia’s approach.

Even if they are found to be refugees they must be settled in other countries.

While Ascension Island is no longer believed to be under consideration for a UK processing centre, Boris Johnson’s official spokesperson said: “We have been looking at what a whole host of other countries do to inform a plan for the United Kingdom and that work is ongoing.”

The United Nations said the Australian model, which was implemented by the country’s former PM Tony Abbott  - now a UK government trade envoy - had “brought about incredible suffering on people who are guilty of no more than seeking asylum”.

Rossella Pagliuchi-Lor, the UK representative of the United Nations High Commissioner for Refugees (UNHCR), said in evidence to the Commons home affairs committee: “It has also additionally, I think, cost, and continues to cost, an incredible amount of money, so it seems to be both extremely inappropriate in terms of the commitments that the country should have to human rights and to asylum, but also an incredibly impractical and expensive way of doing so.

“I do hope the UK will not choose to go down this way.”

She added: “It will really change what the UK is, its history and the sort of values that it stood for up to now.

“The UK has a very proud reputation in providing asylum and refuge to people across the centuries.

“This would be a really very significant departure from that approach.” 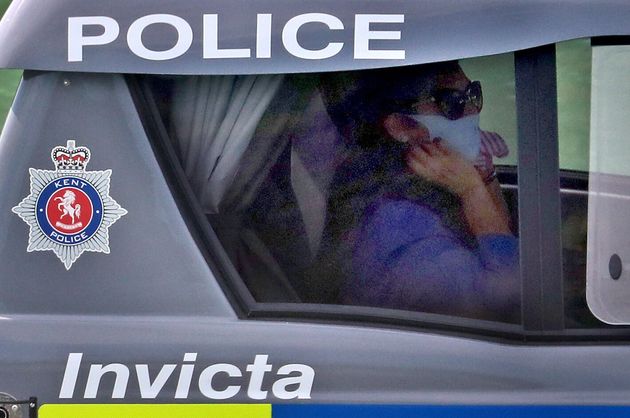 No.10 said the government was developing new rules “to ensure we can provide protection for those who need it while preventing abuse of the system and the criminality associated with it and  the rise of gang-facilitated Channel crossings has put this issue into very sharp focus”.

The prime minister’s spokesperson added: “As part of that work we have been looking at what a whole host of other countries do to inform a plan for the United Kingdom and that work is ongoing.”

Asked if shipping people to offshore processing centres was an option, the spokesperson added: “As part of the work that we are conducting on preventing abuse of the system and criminality we have been looking at what a whole host of what other countries do in order to inform plans for the United Kingdom.”

Quizzed on whether asylum processing centres could be set up in remote locations closer to the UK mainland, like a Scottish or Channel island, the spokesperson added: “Nothing more that I can add, the work is ongoing and when there is more to say on it then we will do so.”

Labour MP Stella Creasy said spending “millions” and “treating refugees like criminals” will not stop the boats or people being exploited by gangs, as she called on ministers to set up safe routes to the UK for refugees fleeing war and persecution.

So UK Gov will spend likely millions treating refugees like criminals, putting lives at risk and trying to act tough. It won't stop the boats, stop people being exploited by gangs, or stop money being wasted. A safe passage policy only way to reclaim our national reputation.. https://t.co/JZ4lmUALN5

Labour leader Keir Starmer said the idea of processing asylum seekers on Ascension Island was a “ridiculous idea from an incompetent government”.

Speaking to reporters, Starmer’s spokesperson said: “(He thinks) it is ludicrous and inhumane.

“It is completely impractical and it would be hugely expensive for taxpayers. It is a ridiculous idea from an incompetent government.”

Stephen Hale, chief executive of Refugee Action, said: “It’s deeply troubling that our home secretary even considered that this immoral and inhumane plan was a serious solution to a humanitarian crisis.

“Our asylum system is descending into chaos.

“The government must stop its unconscionable race to the bottom and work sensibly towards creating a fair and effective asylum system based on humanity, compassion and the rule of law.

“There are humane and practical solutions based on safe and legal routes that are fully within the home secretary’s power to use.

“When it needed to, the Conservative government resettled almost 20,000 people fleeing the war in Syria. It must do it again, and quickly.”

Microsoft drives users to the Edge: Internet Explorer to redirect to Chromium-based browser in November