Posted by Donald Broussard from huffingtonpost.co.uk·Oct 05

Brexit could cause a resurgence in the threat from Northern Irish terror groups who are loyal to the UK, parliament’s spy agency watchdog has warned.

The Intelligence and Security Committee (ISC) drew its conclusion after taking evidence from MI5 on terrorism in Northern Ireland.

In a heavily redacted report, the ISC did not give many details on why it feared an increased threat from loyalists, who have held a ceasefire for years.

But unionists have long held concerns that Boris Johnson’s Brexit withdrawal agreement could leave Northern Ireland in a more distant relationship with the rest of the UK – due to the need for new checks on trade across the Irish Sea between the province and Great Britain.

The prime minister is currently attempting to disapply the need for some of these checks via his law-breaking Internal Market Bill.

But the committee warned that new border infrastructure between Northern Ireland and the rest of the UK could “reignite the threat from loyalist groups that have previously held a ceasefire”.

The ISC, which is bound by the Official Secrets Act and takes evidence in secret, added: “MI5 noted that ‘[loyalist] ceasefires have held for a long time now [redacted]’.

“We queried whether MI5 were prepared for a potential shift in the threat level across various Northern Ireland-related terrorist groups, and were told: ‘I think we can be reasonably confident [redacted]’.” 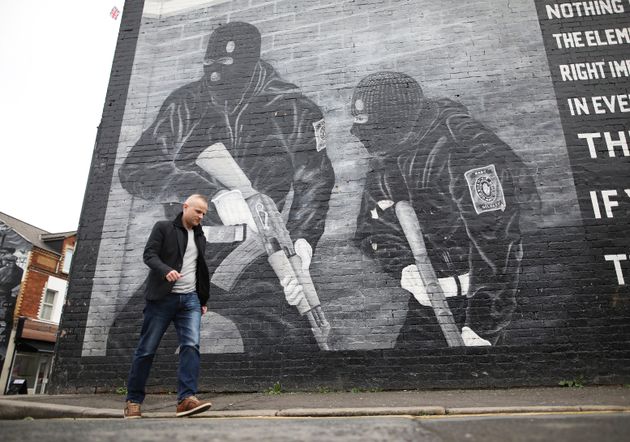 The threat of violence from dissident republicans who want a united Ireland has long been a major concern in Brexit talks.

It led Johnson to sign a withdrawal agreement giving Northern Ireland a special status, following both EU rules and UK rules, to avoid the reestablishment of border posts on the frontier with the Republic.

But it also means new checks on trade across the Irish Sea between Great Britain and Northern Ireland.

The Police Service of Northern Ireland (PSNI) last year warned any Brexit deal that threatens the union between the province (NI) and Great Britain (GB) has “the potential to bring violence back on to the streets” via loyalist groups.

The prime minister is now trying to get out of key checks via the Internal Market Bill, having promised that there would be no effective border in the Irish Sea.

ISC members Kevan Jones and Stewart Hosie said: “We commend the efforts of MI5 and the Police Service of Northern Ireland. However, Northern Ireland-related terrorism has not gone away.

“The threat requires sustained pressure more, now, than ever since any border infrastructure resulting from the UK’s future relationship with the EU will be both a target and a recruiting badge for dissident republican groups, and may also reignite the threat from loyalist groups that have previously held a ceasefire.

“Whilst we welcome the government’s focus on preventing individuals turning to terrorist activity in the first place, MI5 and police resources on the terrorist threat need to be maintained.”

The text above is a summary, you can read full article here.
10

How to Measure Purchase Decision Period With Paid Advertising