Punished For Baby Loss: How Miscarriage Forced One Woman Out Of Her Job

Posted by Ed Furnace from huffingtonpost.co.uk·Oct 10

Lucy* was 10 weeks pregnant when the bleeding started. After three years of trying for a baby, the realisation she was miscarrying was utterly devastating. But if the physical and emotional toll weren’t enough, Lucy’s agony was compounded by another factor: her boss.

Initially, he was sympathetic to the miscarriage, but his attitude soon changed as he realised she would probably be trying for another baby. Even while she was off sick following the loss of her pregnancy, she felt pressure to return.

On her first day back at work, she was stunned by her boss’s words to her. “I’m trying to run a business here and people are trying to hit targets,” he told her. “If you’re going to sit there being sad and bring the office down, you can go.”

Lucy’s ordeal had begun soon after she discovered she was pregnant. Longing – and trying – for a baby for several years, she had been poked and prodded with enough tests to be told it wasn’t going to happen without IVF.  So when she found out she was pregnant naturally, it was a huge shock.

“I was quite emotional about the whole thing because it was the culmination of quite a few years of trying.” said the 38-year-old, whose name has been changed to protect her identity.

Lucy worked for a recruitment agency and had been brought in to set up a new division. Her relationship with her boss was great. He valued her opinion and she felt very much “part of the inner circle.” However, things changed quickly after she realised she was pregnant. Suffering from terrible morning sickness, Lucy says she “looked absolutely horrendous”. One morning, her boss called her into the boardroom and asked her if she had a drinking problem.

“I was so shell shocked by it because I was in this whole kind of state of feeling really fragile because I was pregnant – and I was also trying not to vomit. “I just blurted out that I was pregnant. I felt I had no choice and that the only way to defend myself was to explain the reason why I was sick all the time. Other than my husband, he was the second person to know.”

Her boss, who had never had anyone pregnant working for him before, was surprised by her news, Lucy says, but initially quite positive and supportive.

However, all that changed a few weeks later when Lucy miscarried at work.

“I started cramping and went to the toilet and I saw that I was bleeding. It was obvious I was probably miscarrying,” she says. ”I was completely beside myself and panicked and was hysterical. I called my husband and he came to get me and I went to the hospital and they confirmed it.” 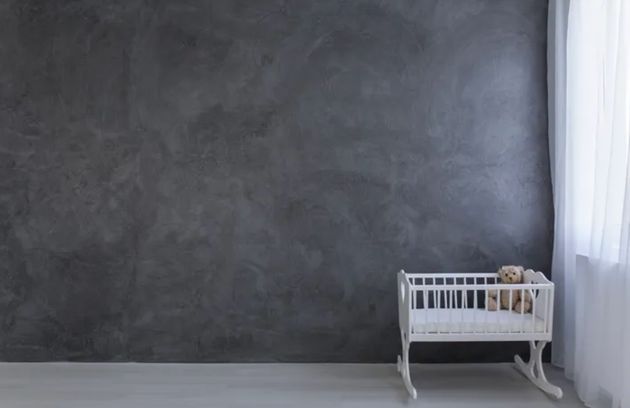 When Lucy texted her boss to explain, she was signed off work. However, every day of the following week, she received work emails and text messages from him. At first she replied, feeling responsible and a sense of ownership towards her division. But it quickly became too much – and she asked if she could deal with things when she was back in the office.

“I felt under enormous pressure that whole week to go back to work sooner than I was supposed to,” she tells HuffPost UK. “Something people don’t realise about miscarriage is that it’s an incredibly physically painful experience. You bleed, you’re having contractions and you have to pass a foetus.”

And when Lucy returned, only a week later and still emotionally reeling, it became apparent her boss’s attitude had changed. While she’d been off, he had brought on a member of staff to her team for her to train up in her role, assuming that she would be trying for another baby straight away.

For her part, she just wanted to get on with her job without anyone knowing her personal issues but she soon discovered her boss had told a lot of people. The situation escalated. She began to feel ostracised and excluded.

“I would be crying every single day, going in, driving to work,” she says. “It was the atmosphere and the toxic culture.” 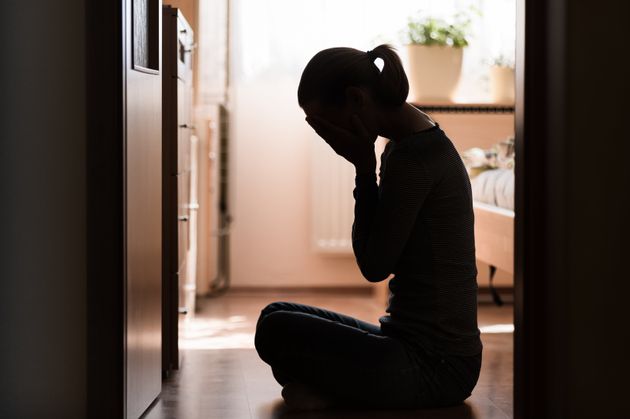 She had reached a point of no return and decided she needed to leave. But when Lucy told her boss, he exploded, saying he knew she was planning on leaving and should have told him sooner. Before resigning, she had taken advice from an employment solicitor who told her she had a case for constructive dismissal.

“But to be honest, I was so worn down by the whole experience, I felt completely drained. There was just no way I felt I could do that,” she says.

Instead, Lucy gave her boss a month’s notice which he threatened not to pay, telling her to go that day. She said she would but he had to pay her what she was entitled to. Eventually he did. “I just had to steady myself and hold my nerve,” Lucy says. His parting words were: “Make no mistake, I will destroy you,” she adds. “I started laughing which infuriated him more.”

Advised again to pursue constructive dismissal, she decided she didn’t want to go down that route.

“I knew I was going to be starting IVF a couple of months later. The thought of going through tribunal and IVF at the same time when I had already miscarried – I just couldn’t do that. I didn’t want to bring on any more stress.”

An Equality and Human Rights Commission report estimated that 54,000 women a year are pushed out of their jobs due to pregnancy or maternity leave.

This is almost double the number identified in similar research carried out in 2005. The research showed that 77% of working mums had encountered some form of discrimination in the workplace and 44% said they earned less than they did before they had children. Figures also showed that 33% of employers said they would avoid hiring a woman of childbearing age.

Doreen Reeves, employment lawyer at Slater and Gordon law firm, who made a podcast featuring Lucy’s story, says having a child should be a wonderful time for a woman, but discrimination from employers can turn it into an ordeal, with many women noticing employers’ attitudes changing dramatically for the worse. 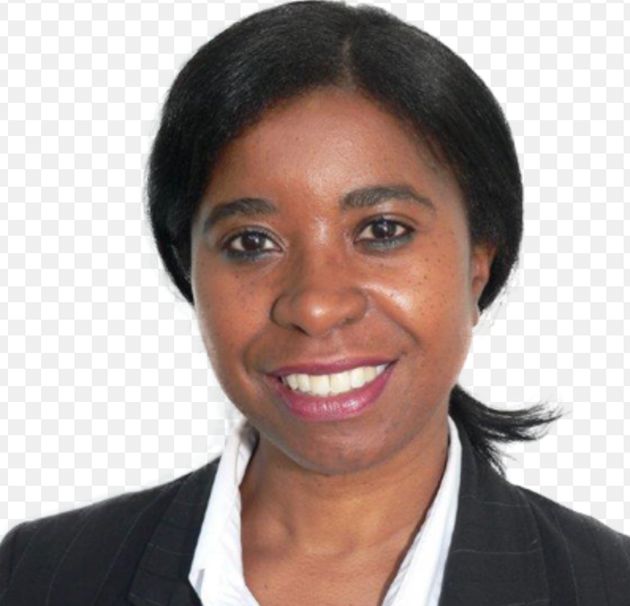 “Although treating an employee unfavourably for being pregnant or a mother is unlawful, it is still something we see regularly,” Reeves tells HuffPost UK.

“This biased behaviour can come in many forms: exclusion from important meetings or business decisions; openly ridiculed for having ‘baby brain’ to being pushed out of the business or dismissed.”

Cases become more complex in situations like Lucy’s. ″Legally speaking, a woman is not classed as pregnant if she has suffered a miscarriage and if this occurs before the 24th week of pregnancy, entitlements to maternity, paternity or shared parental leave or pay will cease,” Reeves explains, adding that most people instead take compassionate leave or sick leave, if certified by a GP.

“If you are signed off for a pregnancy related illness, you are then protected from pregnancy discrimination for the two weeks following the end of the pregnancy,” she adds.

″After that, if you can show you have been treated less favourably than a man who has taken sick leave, you could have a case for sex discrimination.” 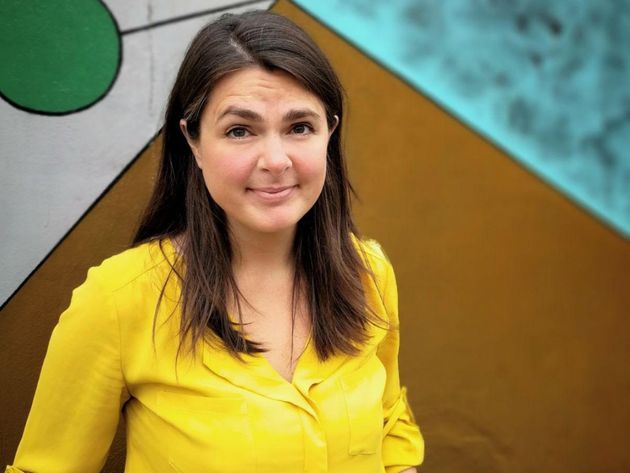 Joeli Brearley, who lives in York, is the founder and director of Pregnant Then Screwed, which she set up after she was sacked by voicemail from her job the day after she told her employer of her pregnancy when she was four months pregnant with her first child. Since then, she has been on a mission to raise awareness of workplace discrimination and to help other victims of it.

Brearley tells HuffPost UK that Lucy’s story is not uncommon. “The key point is that her employer had absolutely no empathy for her situation – and this is something we hear a lot,” she says.

“When a woman has a miscarriage and informs their employer, the employer knows their intention is to have a baby and bias and discrimination can kick in.”

Women, while entitled to time off sick after a miscarriage – face a Catch-22 scenari, because by telling their employer, they are more likely to face bias, at the very least, if not full-on discrimination, but they don’t have the protection from the law that a pregnant woman would. “It is illegal to sack someone if they are pregnant or on maternity leave. But it is much more difficult to prove discrimination when you have had a miscarriage,” she says.

“We have had women tell us they have been sidelined at work after having a miscarriage as their employer feels they will be distracted from their job.”

Ruth Bender Atik, national director of The Miscarriage Association, tells HuffPost UK that it is really important for women to know that once they are pregnant, they have protected status by law. If a woman has a miscarriage and takes leave from the point when it happens, without a break, that is classed as pregnancy-related sickness and she cannot be discriminated against.

But if a woman has a miscarriage, has time off and then returns to work, either due to pressure or her own volition, but needs further time off at a later date, it is no longer classed as pregnancy-related and is not protected in the same way.

Bender Atik agrees that the other major issue is women not wanting to tell their manager or boss that they have had a miscarriage for fear it might negatively affect their job or career prospects.

She says of Lucy’s experience: “From her perspective, it is an incredibly sad story, compounding the loss of her baby with discrimination and ultimately, the loss of her job and all it meant to her.

“From the employer’s point of view, it is very short-termist in its thinking. The best way to get the best out of your staff is by supporting them through difficulties and then you increase their loyalty and commitment to the company.

“This experience of a woman feeling forced out of her job after a miscarriage is a sad indictment on the position of women in the workplace.”

Lucy has now had her happy ending, becoming a mother. She has also decided to retrain and change her career and says she is in a better place. But every time she thinks of her former workplace and what happened, it still upsets her.

“I prefer to talk about motherhood discrimination rather than maternity discrimination,” says Brearley from Pregnant Then Screwed. “It is discrimination from employers that occurs because a woman has a uterus. And one of the most common forms of discrimination is bullying and harassment.”

She adds: “We need to change this narrative that pregnant women and women who have children are a burden to businesses as it’s simply not true.”

The Miscarriage Association has a resource hub for employers, managers, HR teams, colleagues and individuals affected by pregnancy loss at work here.

Some Useful Information on Ear Piercing and Jewelry