Posted by Ronald Breau from huffingtonpost.co.uk·Oct 12 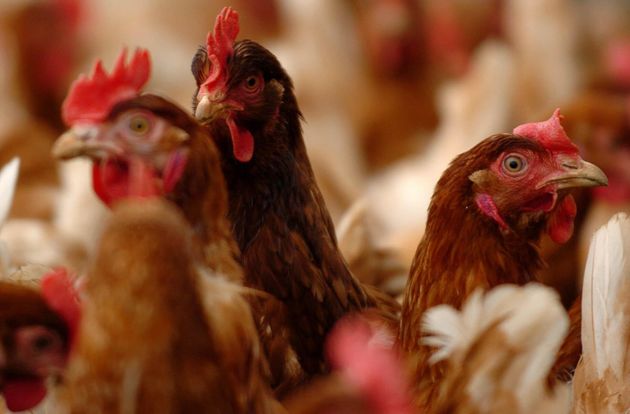 How would you feel if you settled down to eat your favourite meal, only to find out that your beef had been pumped with antibiotics and growth hormones, or your chicken was reared in such cramped, unhealthy conditions it had to be washed with chlorine to remove bacteria before it was safe to eat, or that your bread was made using grains that had been sprayed with pesticides banned in the UK?

On Monday there is a really important debate happening in Parliament as the Agriculture Bill returns to the House of Commons.

For the first time in almost 50 years, we have the opportunity to develop our own agricultural policy, and we need to see MPs doing everything they can to ensure we have the foundation to continue to build a sustainable food and farming sector.

At a time when we are fundamentally reassessing our trading relationship with the world, we have to ask ourselves: what do we want for the future of food production in this country?

Do we want a food and farming industry that is renowned around the world for its quality products and its first class welfare and climate-friendly production?

Or do we want to be known on the world stage as a country that betrays its values in the pursuit of trade deals?

For me, it’s a no-brainer. But with trade discussions already ongoing with multiple countries including the likes of Australia, New Zealand and, of course, the US, and only 81 days until the end if the transition period, the government is running out of time to make its stance clear in legislation. We’re getting to crunch time.

Our children and grandchildren are going to inherit the legacy of the decisions we make about our food this week.

Will they thank us for waving away our own high food standards in the pursuit of trade deals that could see food imported into the UK it would be illegal to produce here?

Farmers in this country take great pride in producing food to some of the highest standards of animal welfare, environmental protection and food safety in the world, and we know the people who buy our food trust and value the quality we place under the Union Jack.

As well as being president of the NFU, I am also a beef farmer; I know the time, care and attention it takes to rear top quality, climate-friendly meat. Simply put, I take care of my animals and I look after the land around me. This is what our customers rightly expect and as food producers we don’t want to deliver anything less.

Chlorinated chicken and hormone treated beef are just a couple of examples of practices not allowed here. But the reality is that you could be eating them in the coming years. It’s the reality we face if our elected MPs aren’t given stronger powers to properly scrutinise new trade deals.

It’s essential that the newly formed Trade and Agriculture Commission is given the formal role to advise Parliament on the impact of any new trade deal. If the government continues to oppose this, there will be no meaningful opportunity for scrutiny over what these deals will mean for the way the food on our plates is produced.

And I know this is an issue that matters massively to people.

Back in June, more than a million of you made your voices heard by signing our petition, which called for a trade commission to be set up to oversee new trade deals – and ensure imported food, produced to standards that would be illegal here, is kept out. Given a million people believe this issue is so important, their elected MP must be able to have their say.

British food and farming has a fantastic story to tell but warm words will not protect our farmers or shoppers if trade deals are struck that undermine our standards, the very foundations on which we have built our world-leading reputation.

Giving the commission a formal role, to scrutinise trade deals and report back to parliament before they can be signed, will.

So in the debate on Monday, we need to see MPs recognising the importance of strengthening the Commission’s role, and pushing for a solution to ensure they have a voice in future trade deals.

Because it’s not just their voice that matters, but the constituents they represent who want to be able to tuck in to their favourite meal with confidence.

Minette Batters is president of the National Farmers’ Union.

Welcome to HuffPost Opinion, a dedicated space for reliable, expert commentary and analysis on the day’s biggest talking points. Got a unique angle or viewpoint on a news story that will help cut through the noise? We want to hear from you. Read more here.

Solutions to Stop the Ringing in Your Ears

How Can Marketing Intelligence Help The Retail Industry To Transform The Way They Are Connecting With Customers?

Best Bicycle Warning Lights to keep you safe on the road