Most fans of Yu-Gi-Oh in Western countries might be unaware of the fact that their favorite show did not start with Duel Monsters, but there is another season that preceded it. This season prior to Duel Monsters is referred to as Season Zero, and it is based on the seven volumes of the manga of the same name written by Kazuki Takahashi. Duel Monsters picked where Season Zero left off, which means that the latter can be called the show’s unofficial prequel. Although Season Zero never really got an international release, it still manages to reach some of its hardcore fans through multiple websites like YouTube. Even though the shows are based on the same manga, there are still huge differences between them. Let’s look at how Season Zero was a much different experience than Duel Monsters and what made both the show unique. 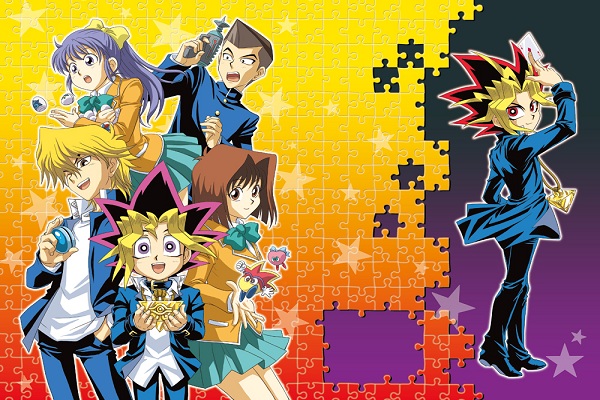 Not Only About Card Games

While card games were basically the show’s backbone, they weren’t the focus in the unofficial prequel. After Yami had taken over Yugi’s body, he would often challenge the villains to a Shadow Game, which can be any game of his choice like a flower picking contest or rope climbing. If the opponent tried to cheat, Yami would trap them into a Penalty game where his adversaries had to face their worst nightmares.

Cards Were Not in English

In Yu-Gi-Oh Duel Monsters, we see Yugi using his trademark card “Dark Magician” quite often. But in the first anime, he never makes use of the powerful card. However, he can be seen using the card in the opening theme and the movie made by Toei Animation (Season Zero’s producers).

School Drama Given Much More Importance

Even though the characters of the show were school-aged, Duel Monsters rarely showed them attending one. This might be because most of the plot took place during the vacation; however, school-themed plots were an essential part of the show for the Toei anime.

In Season Zero, Serenity (Shizuka) was in the hospital, but she was not at risk of losing her sight. However, nothing was ever said about her treatment, so one can’t be sure what she was being treated for. But when one of the villains tried to expel her from the hospital, it seemed evident that she was probably there for something quite serious. Compared to the Duel Monsters, she was much younger and had lavender-colored hair.

Apart from Tea, Miho Nosako was another girl in the main group in Season Zero; however, she was not seen in Duel Monsters. She was also there in the manga but played a minor role compared to her part in Toei anime. Although she is caring but oftentimes, she also becomes quite manipulative and stubborn. She did not shy away from using someone if they were attracted to her, and since Tristan had a crush on her, she did make him do favors for her. She even dueled with Yugi one time; however, her cards were never revealed.

In Duel Monsters, we see a lot of magic and supernatural things, but one never encounters witches, who were only limited to cards. In Season Zero, we watch the Kageyama sisters, who were witches, play a significant part. Their Hecate theme deck, named after the Greek goddess of witchcraft, has a Gorgon card. They have to duel with Yugi and Kaiba when they try to steal the Violet Hecate card.

All the characters in Duel Monsters had a slightly different appearance in comparison to Season Zero. For example, Kaiba used to have golden eyes and green hair. Even his brother has the same hair color; however, we see his hair change back to brown in the Toei movie. Noah, his brother, appears to have been based on his original design.

We see that even though both of the shows are based on the same manga, there are significant differences. Yu-Gi-Oh Season Zero might not be as famous as Duel Monsters, but it is just as impressive and intriguing.

WHAT IS A MINIMUM VIABLE PRODUCT (MVP)?

Learn About the Bruce Will Film That Has Stormed Netflix

How Do I Sync My Non-Amazon ebooks across Multiple Kindles?

These Are the Best Horror TV Shows on Netflix