Everything to Know About Giratina Origin Forme Raid in Pokemon Go

Over the months, Pokemon Go has stepped back into the list of trending video games. Thanks to Niantic, who has again started showing its concern towards Pokemon Go, and since June, the game is receiving ongoing events alongside updates. Following this, October is all set to receive new events, including Special Research tasks and Raid battles. Meanwhile, a Legendary Pokemon known as Giratina possesses Dragon and Ghost-type ability to step into Pokemon Go through a remarkable Raid battle known as Giratina Origin Forme Raid. The following event will be updated on Friday, 9th October 2020, and will wrap up on 23th, October. Thus, gamers have quite a few days to prepare and accomplish this Raid to add Legendary Giratina to their lineup. Below we have provided a proper workaround to catch Giratina through Giratina Origin Forme Raid. 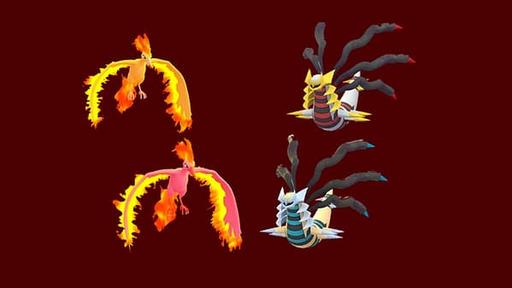 Giratina is a Legendary Ghost/Dragon-type Pokemon, which made its debut in the majestic Pokemon world through the generation 4 video game. Now, Niantic has brought him back with a special Raid battle. The Pokemon is quite potent, and it would be a tough competition for the gamers. However, various Pokemon types against which Giratina will be vulnerable such as Dragon, Dark, Fairy, Ice, and Ghost-type Pokemon. Below we have provided the best alternative Pokemon names that gamers need to use against Giratina in his upcoming Raid battle.

All these are the best counter Pokemons that gamers need to add in their team to beat Giratina in his Raid battle. There are only three Pokemons allowed to be used by one player in a Raid battle; thus, it would be quite hard for the gamers to choose the best three from all of them. The team gamers need to have partaken in the Giratina Origin Forme raid, Mega Charizard X, Dragonite, and Mega Houndoom.

Raid battles are always proven quite beneficial for the gamers, thanks to plenty of rewards linked with them. In the second week of October 2020, a special Raid battle is about to enter Pokemon Go, known as Giratina Origin Forme Raid. Although it is quite hard for the gamers to take down Giratina in his Raid battle, however, with this article, they can easily accomplish this task because we have provided a workaround in it.

Gamers can play Pokemon Go on their iOS and Android devices.

The Global Demand for Printed Circuit Board Market Anticipated to Surge Amid the rapidly Increasing COVID-19 Infections, KDMI Report

How to Be More Effective When Working With a Global Team