Android Auto: Everything You Need to Know

Android Auto launched in 2015, and after years of upgrades, this app has gained recognition due to the features it adds to your car. Android Auto is an app by Google that will act as your smart driving companion. It will help the driver stay focused, connected, and entertained with Google voice assistant. This app has a very simple interface and powerful voice actions. It will make it easier and safe to use a phone while driving without getting distracted from the road.

After downloading this app, your smartphone will start mirroring the compatible apps to the head unit. Once connected, an app’s user interface turns into a distraction-free and driver-friendly layout that supports both touchscreen and button-centric head units. You can manage your infotainment system while listening to your favorite media apps. With the help of a Google voice assistant, you can check your calendar, set reminders, get news updates, weather reports, and more. 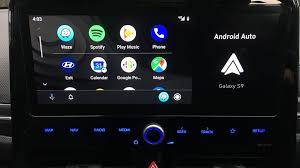 Android Auto technology’s primary purpose is to communicate, give directions, and offer entertainment while driving. It also enables the users to make phone calls, send text messages, use navigations in Google Maps, and listen to music and podcasts. It cannot read tweets or post anything on social media. It has a popular feature that helps people who have to travel a lot for their work. It is known as the Integrated Calendar, which can be used to check the upcoming schedule, get directions to meeting locations, and update attendees on your status, all from within a single interface. You can even add a custom ‘Do Not Disturb’ message for people reaching out to you while driving.

Among all the apps support, the best integration on Android Auto is the Google Assistant support, which will enable you to interact and get minor tasks done without taking your eyes off the road. All of the app support and integration make this app easier, faster, and safer. But unfortunately, only a few countries (including Australia, Germany, India, France, South Korea, the UK, Canada, and the US) have access to this app.

Android Auto app was first introduced in 2014 at the Google I/O conference. It was only a year later when it earned the limelight at CES, an annual trade show by Consumer Technology Association. It caught everyone’s attention as it was powerful beyond the audience’s imagination. Google took the opportunity to perform a series of demos, which resulted in positive feedback and recognition.

Two months later, Pioneer took the first step towards creating a line of first Android Auto-compatible aftermarket headsets. Then, Hyundai, along with 2015 Sonata, followed the lead and became the first car manufacturer to embrace this technology. Today, over 500 different vehicle brands, including Ford, Hyundai, Chevrolet, Nissan, Toyota, Subaru, etc., offer Auto support. And according to the latest reports, more than 50% of the US drives use the Android Auto app.

As we mentioned, today, Android Auto supports more than 500 world’s leading car models, including Audi, BMW, Chevrolet, Jaguar, Jeep, Mazda, Nissan, and Subaru, and more. You can even check if your vehicle or stereo supports the app by visiting the Android Auto’s compatibility website. There, you have to enter the model number of the car and stereo and get accurate results.

Apart from a compatible head unit, you will need an Android phone running on Android 6.0 or later. You will also need a USB cable for establishing a connection, but that depends on the phone and head unit you use. You can install and use the Android Auto app for free, and it doesn’t involve any subscription plan.

Now you know everything worth learning about the Android Auto app and the introductory guide to start using it. After getting the compatible equipment, connect to Android Auto, and get a renewed driving experience.