In this article, we are going to learn everything we know about the upcoming Microsoft Surface Go 3 tablet.

Given that Surface Go 2 was launched in May 2020 and people have started talking about the forthcoming lineup, they are either not happy to see Go 2 or too excited to see the anticipated successor variant. 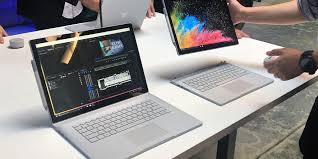 Bear in mind that the device is not going to launch this or even next year. The talks about this forthcoming product are based on casual reports, and there is currently no solid evidence.

So, let’s see what we know about the forthcoming Surface Go 3 tablet so far.

Considering the fact that Microsoft Surface Go 2 tablet was officially announced on May 6, 2020, and went for sale on May 12, 2020, the company is not going to disclose the official release date of its next arrival.

We have shared the expected release date about the anticipated product based on theories and the facts of previous launch dates.

According to the previous launch dates, Go 3 might not even release in 2021, let alone this year. If we talk about the release date of the original Surface Go, the tablet was announced on July 10, 2018, and was made available for sale in August 2018. The successor of the Surface Go tablet didn’t arrive even in the next two years.

For that reason, we can say Surface Go 3 might launch somewhere in 2022. This is because it should take at least more than 2 years for Microsoft to announce Surface Go 3’s launch date.

If we count 2 years from Surface Go 2’s launch date, it’s likely that Microsoft will launch its next anticipated tablet in the midsummer or late spring of 2022. That is all we can say about the launch date up to now.

Surface Go has always been a good competitor for Apple’s iPad. Their cost and features are pretty competitive. In some cases, Microsoft’s tablets are better in features than the iPad. However, when it comes to the touch-screen experience, Apple iPad takes the lead.

Coming to the speculated price of Go 3, we have estimated the price on the basis of previous models. The Surface Go was the first tablet from Microsoft that starts from 399 USD. The better configuration and specifications you select, the more you need to pay. However, the base price for the model was not more than 399 USD. The most elite variant of Surface Go costs 549 USD.

Now coming to the price of Surface Go 2, it begins from 399 USD and offers even better specifications, features, and user experience. The uppermost variant of the Go 2 tablet costs 729.99 USD.

Surface Go 3 Features, Specifications, and Everything We Know

Seeing that Microsoft has just released Go 2, the company isn’t going to reveal anything about its next lineup specifications.

It is possible that Microsoft might use AMD processors in the upcoming lineup instead of using Intel. This will reduce the production cost, and it might also lower the final selling cost of the product. Therefore, Microsoft may launch its upcoming tablet for even less price than the predecessor products.

Putting AMD chips in the Microsoft Go 3 will not reduce the performance as many think. Instead, it might allow the company to install a better processor at a lower cost. Intel processors are generally costlier than AMD’s.

By switching to AMD chips, the company will be able to provide better processors at less cost. This means you might see a far better performance at a low cost in the upcoming tablets from Microsoft.

That is all we can say about the Surface Go 3 tablet. We have shown you everything we know so far about it, such as the estimated cost, release date, and even speculated specifications.

Everything You Should Know About LED Christmas Lights - Live Enhanced

Reliable and authentic results are delivered with STO marketing firm

Best Girls Clothing Should keep up the creativeness.