Microsoft states that the new Windows 10 driver system can cause errors. The Driver Verification can sometimes be a bit frustrating for the users, no matter even if it is intended to improve the security of the device.

The recent change that Microsoft has made in its October 2020 Patch Tuesday updates regarding the Windows driver verification process might cause headaches for the users. 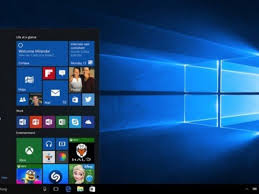 There’s a straightforward well-intentioned reason behind this change. This change has been issued because Microsoft doesn’t want to compromise on the Windows 10 systems and intends to prevent hardware drivers that are prone to malware and can get exploited.

No doubt, Microsoft’s all-new driver verification model will help prevent users, but it can cause driver errors in Windows 10 systems. These errors might occur in case if the company fails in verifying the publisher of the driver.

In the current scenario, when the verification process fails, the users can see two driver error messages displayed by Windows 10. They are:

The second message states: “No signature was present in the subject.”

As mentioned above, the error messages signify that Windows, while validating a driver, discovered a catalog file that was improperly formatted, leading to the failure of the installation process.

If Windows fails to verify a driver, Microsoft’s support document will signify that the users: “should contact the driver vendor or device manufacturer (OEM) and ask them for an updated driver to correct the issue.”

This, however, makes sense, but the users using Windows 10 would likely get frustrated. This is because the users, after getting signified by the statement by Microsoft, will have to reach out to a company due to an odd request because of the change made by Microsoft into its operating system.

Luckily these issues will only be experienced by the users when they will be applying the updates to the old driver. Sometimes, when a company releases a new driver with faults, the installation of an older driver is the only fix available for you.

We hope that, over the time, Microsoft will improve its new driver system but, in case you received a driver error message earlier than that, then, in that case, you need to go to a device manufacturer or the driver vendor directly and with the hope that they do have a fix for your issue.

So, this was all about the details regarding the new Windows 10 driver system update. Even though this update is made to improve the system’s security, Microsoft still warns its users about this from the very beginning.