Mortal Kombat 11: Which Characters Will Be Ideal to Make a Return

Mortal Kombat is an action-adventure game released in 1992 and has managed to remain popular even after almost three decades of release. In its long history, there have been characters that got dropped since new ones have replaced them to add variety and a fresh perspective. As the latest addition to the franchise Mortal Kombat 11 is not yet done with downloadable content, several theories are floating on the internet about the possibility that we might see something unexpected soon. One of these is that there is a good chance of the return of some popular characters that have been missing for a while now.

If one looks back, it is easy to recall many big names that have been absent from the roaster, and with Mortal Kombat not yet done with DLC, they might surprise some of the fans with the return of their favorite characters. Today we look at some of the characters from the game that fans will love to see again 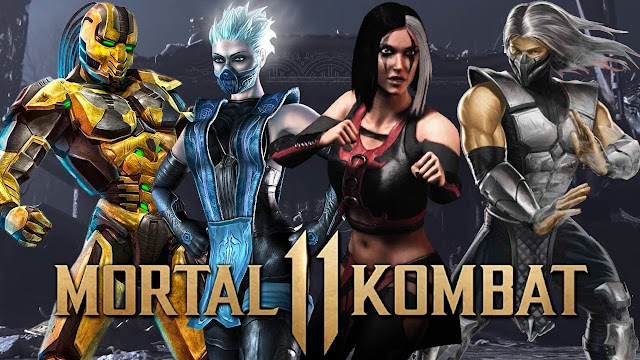 Never missing an opportunity to depose law and order, Havik is a priest. With his Blood Magic rituals, he had influenced the events of Mortal Kombat X. However, his futile attempts to make Scorpion his agent turned out to be a big mistake for him. With all the advances in animation that the game had made over the last decade, it will be interesting to see Havik fight. He is very versatile when it comes to attacking and can move his torso 360 degrees when he goes for a spinning attack, which is one of his best offensive moves. He also mixes his ability to break his body to form a good fighting technique, which is hard to face. Since Havik is a fan favorite, it is the ideal time for his return.

Trying to seek freedom of his village from Shang Tsung and Quan Chi, Li Mei made her first appearance in Mortal Kombat: Deadly Alliance. Until her cameo in Mortal Kombat X’s story mode, she was absent following 2011’s series reboot. In her comeback, she and her villagers try to escape Mileena’s civil war by seeking refuge on Earthrealm. Since the outworld threats are no longer as grave as they used to be, Li Mei and her people can safely make a return. As the realm is undergoing such a crucial transition and her people need a strong leader, this is the time for her to step up and take the situation into her hand. She has fought for so long for the interest of her people; there can’t be a better person to lead them.

The Outworld leader, Onaga, is the Dragon King who made a comeback to reclaim his throne in Mortal Kombat: Deception. Since the new storyline has not been disposed of him, his return won’t be hard. Since he had a huge spot in the mythology, it would be great to have him back.

Like Li Mei, Sareena also made her last appearance in Mortal Kombat X. Revenant heroes who were under the control of Shinnok and Quan Chi were defeated with her help. However, she couldn’t do much more than that since she had little time. She played an important role in Mortal Kombat Mythologies: Sub Zero. Since she is a demon, her real form is still unknown; it would be interesting to see how the dichotomy of human and demon play out if she makes a return. Sareena is an exciting character, and her return makes a lot of sense because of her history with Sub-Zero. Her character has a lot more to offer since Mortal Kombat failed to portray her well enough. As Sareena is quite famous with the fans, the franchise only stands to gain her much-anticipated return.

There are very few African American characters on Mortal Komba, and Darrius is probably the most famous. He comes from the Realm of Order and has a fearless approach when it comes to fighting. He has been fighting for the freedom of Realm of Order’s oppressed citizens in his original story. The return of Darrius will provide unique storylines to work with. Moreover, since he was more or less tied to the Realm of Order and Hotaru, his character remained largely underused. His return will benefit his character and add to the diversity of characters of Mortal Kombat 11.

These are some of the characters that we would like to see back in Mortal Kombat.