Netflix has unveiled the trailer of Chadwick Boseman’s final film “Ma Rainey’s Black Bottom,” also starring Viola Davis. The film boasting about its black talent is based on a play penned by August Wilson.

By the looks of the trailer, we can expect the late actor’s final film to be mind-blowing. “Ma Rainey’s Black Bottom” is a Netflix film based on a play penned by August Wilson in which Viola Davis will star as Ma Rainey, the iconic American singer from the 1920s. 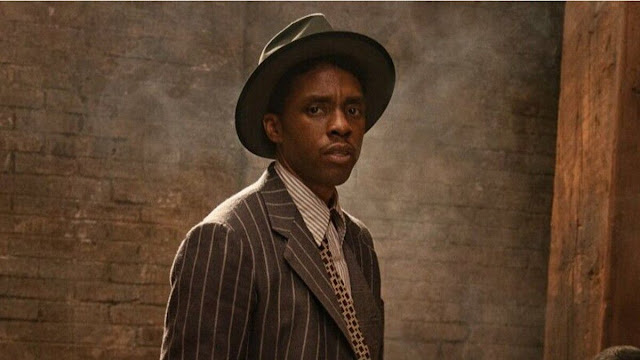 Some iconic names have been involved in the behind the scenes work that include “Equalizer” star Denzel Washington as the producer. He will be working alongside Todd Black, and the stunning camera work has been done by George C. Wolfe.

The official synopsis released by Netflix gives us an idea of what the film is going to be about. According to the synopsis, we will be taken back to the 1920s to a moment when the sensational singer Ma Rainey engages in a heated debate with a white producer regarding the creative control over her songs while her band awaits her arrival. Then, a talented drummer (played by Boseman) who has a liking for her daughter and desires to have a claim in the music industry stimulates a revelation of some moving stories that will change the dimension of the drummer and his friends’ lives forever.

August Wilson is a two-time Pulitzer Prize winner, and his play “Ma Rainey’s Black Bottom” celebrated the courage and tenacity of the black artists who refused to bog down against the societal prejudice which was persistent in dictating their value.

The script for the screen adaptation has been penned by Ruben Santiago-Hudson.

If you have ever got a chance to see the trailer, you would know that Davis is almost unrecognizable in the avatar of Ma Rainey, and we almost feel like we are seeing the iconic singer herself. A report suggests that the role was not easy for her as she had to use an awful lot of vocal chops apart from truly transforming herself into that role, which also took an everyday effort.

Fans will definitely feel cathartic tears of joy when they get to see their beloved Black Panther for the last time in a film.

Since there is sentimental support towards the film and the fact that the Black Lives Matter movement has dominated the socio-political atmosphere of the United States, you might argue that “Ma Rainey’s Black Bottom” has a very good chance of sweeping Oscars next year.

The first trailer of the film has been unveiled, and it is available for view on Netflix’s YouTube channel.

Better Design Leads the Way to a Better Workplace!

What benefits can you expect?