Posted by Annie Kelley from huffingtonpost.co.uk·Oct 23

Ghislaine Maxwell was dealt a legal blow this week after a court ordered the release of previously unseen evidence she gave almost five years ago.

The British socialite is awaiting trial next year for allegedly procuring teenage girls for Jeffrey Epstein to abuse – charges she denies.

A lawyer for Maxwell had argued that the depositions – a term used in the US to refer to transcripts of interviews given as part of a court case – should not be made public, because they are evidence in the criminal case brought against her. 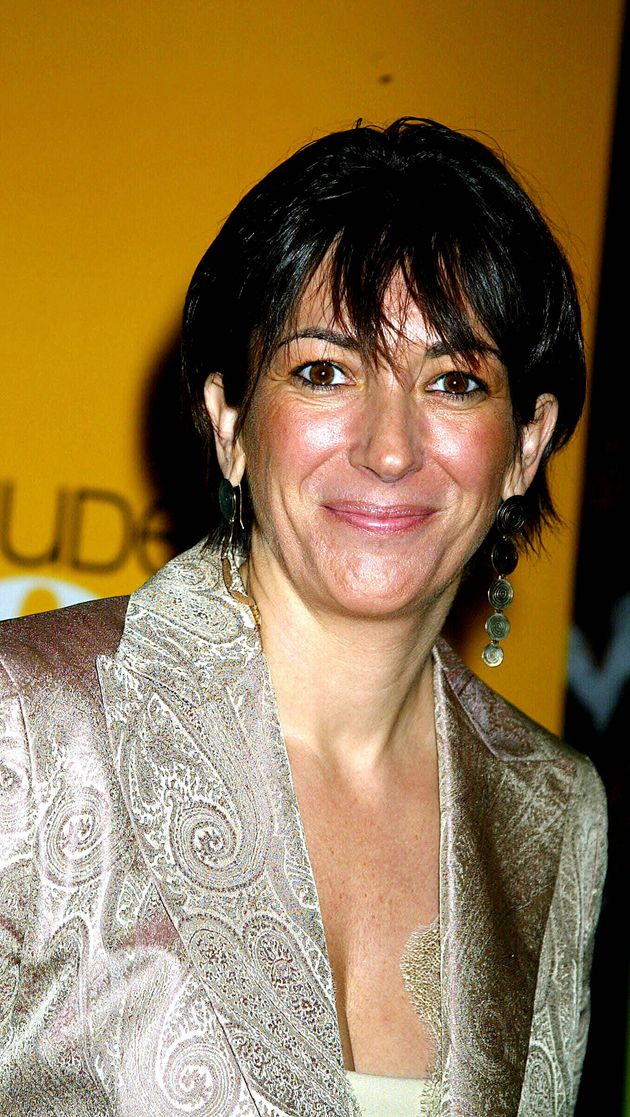 They were taken in April and July 2016 in a civil case brought by one of Epstein’s accusers, Virginia Giuffre. The 2016 transcript is among more than 2,000 pages of documents that began to be released last year when an appeals court started unsealing papers from Giuffre’s (since settled) defamation case first brought in 2015.

Giuffre has alleged Maxwell recruited her at 17 to be sexually abused from 1999 to 2002.

Maxwel has pleaded not guilty and has been held without bail since her early July arrest. If convicted, the 58-year-old could face up to 35 years in prison.

Epstein killed himself in a federal jail last year as he awaited trial on sex trafficking charges.

Here are some of the things we learned from the unsealed documents. 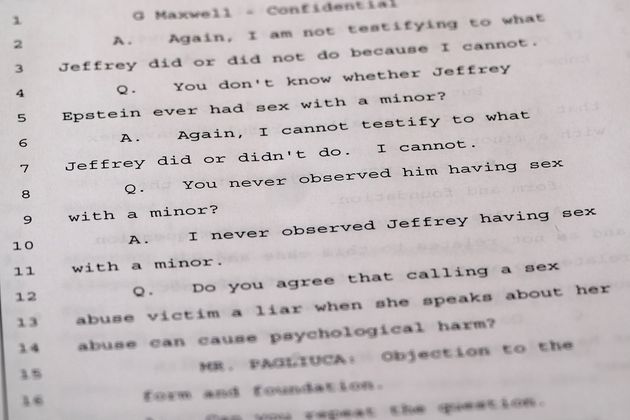 Maxwell said: “I never saw any inappropriate under-age activities with Jeffrey ever.” In the transcripts Maxwell also repeatedly denied hiring anyone under the age of 18 for Epstein.

She added: “Just for the record, I have never at any time, at any place, in any moment, ever asked Virginia Roberts, or whatever she is called now, to have sex with anybody.”

2) Prince Andrew is mentioned by name – but it’s redacted

Even though the Duke of York’s name is redacted in the documents, it is surprisingly easy to identify who she was talking about by referencing the documents alphabetical index. Slate reveals other redacted names including former US president Bill Clinton and lawyer Alan Dershowitz.

In her book, Giuffre alleges she was groped by Prince Andrew using a Spitting Image-style puppet of himself at Epstein’s New York home. After debating the exact definition of a puppet, Maxwell concedes: “There was a puppet – not a puppet. I don’t know how would you describe it, really,

“Not a puppet – I don’t know how you would describe it. A caricature of [name redacted] that was in Jeffrey’s home.”

She added she did not recollect anything occurring as described by the interrogators.

4) She doubts the authenticity of a photo of Prince Andrew

In the deposition, Maxwell also cast doubt on the authenticity of a photo showing Andrew with his arm around Giuffre, with Maxwell in the background, purportedly taken at Maxwell’s Mayfair home.

Maxwell said the surroundings in the photo looked “familiar”, but also said: “We can’t really establish the photograph and all that,” adding: “I don’t know if that’s true, if that’s a real picture or not.”

Maxwell also denied Giuffre’s claims that she had sex with Andrew in the bathtub at her Mayfair townhouse.

“She [Giuffre] then characterised things took place in my bathroom in the bathtub itself,” she said. “The tub is too small for any type of activity whatsoever.”

6) She may have travelled with Virginia Giuffre

Maxwell told lawyers that she never remembered being on Epstein’s private plane with Giuffre.

But flight logs show initials for what appear to be Maxwell, Epstein and Giuffre on a flight from Palm Beach to Teterboro. Maxwell questioned whether the initials “GM” referred to her.

What Is AppSumo? How It Works?

Reasons Why You Should Shop with the Best Deals

How Do I Sell My iPhone Easily Over the Internet?

Autism Natural Healing That Can Be Helpful In Autism

Why Choosing The Best WordPress Themes Is Important