How to Become a Shadow in Fortnite

The fans of Fortnite have got some new content in the game, which is related to the Halloween event. In the game, the spawn rate of villains and hero presence on the radar has increased. From the reports, it has been confirmed that new pumpkin spice will come up along with the Halloween themed-event. Epic Games never lose the opportunity of surprising their fans, and this time, they brought a new thing like the return of Shadow forms.

Epic Games keep adding new interesting challenges every day, and sometimes every week. However, the best thing is that it helps the players to achieve skins, XP, and weapons. The newest feature that Epic Games has added to the game is Shadows.

The Shadow concept is not new in the Fortnite game. Fortnite had this feature in the Chapter 1 Season 6 Battle Pass. In the following season, players had the task of locating the Shadow Stones on the map. In the next challenge, players were allowed to consume it to turn into a Shadow form. While being in Shadow form, players obtain special abilities like they run faster, no fall damage, invisible while standing still, and jump higher. However, Shadow form doesn’t allow the players to use weapons, but they can “Phase” through some close specific objectives. 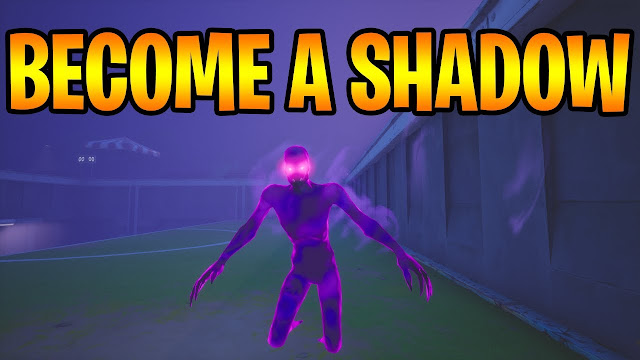 Along with the Shadow form, the weekly challenges are also live. Right now, Season 4 Week 9 is going on. Among several weekly missions, one asks the players to turn into Shadow form, so they will eventually become a Shadow.

To complete the missions of becoming a Shadow, players can either die during the shooting or fall from the height. While trying this, players should remember that they don’t have to die from the hands of a Shadow, but if this happens, it will not be registered in the challenge.

After turning into the Shadow form, the player will remain in that form until the match is over or if the opponent ends up its HP. The Shadow form has 100 HP, but they have no shield, and enemies can kill them too. However, developers have added some new features for the Shadow form to make the match more entertaining for both sides of players.

In the following week, Shadow form has two new special abilities Slash and Scream, and it will support them in the match. The Slash ability will allow the Shadow to attack the opponent. This is a new type of feature that will make the game more interesting. However, two Shadow forms can’t Slash each other. The Scream ability will allow the Shadow to mark the enemy, so the other shadows will also track that enemy down. With the help of ammo and other items, Shadows can regenerate their HP.

The re-launched Shadow form is making Fortnite more interesting for players. The previous year, the Shadow form feature created a huge hype, and now Epic Games has added more new features. The new abilities Slash and Screams can turntables. Indeed, Shadows can’t take down the other Shadow, but they can mark the actual enemy and eliminate them. Turning into Shadow is pretty simple, but players have to avoid getting eliminated from another Shadow.

Customization and configuration: the main means for updating a Salesforce platform

How To Choose The Right Aeration System For Your Treatment Plant

Common Things People Get Wrong When They Start Using E-Cigarettes

Fortnite: How to Eat Candy

Days Gone: How to Take Down Hordes

Call of Duty: How to Acquire a Pumpkin Head