Everything About the Season 1 of Solo Leveling

Solo Leveling, despite having a generic premise, is extremely popular. The Webtoon series, with its impressive world-building, has been making waves lately. Since the second season has just begun, it is the right opportunity to catch up. The story is set in a world of mysterious portals called Gates, which allow human beings to travel to different dimensions. Not only that, the humans have all of a sudden gained an ability to fight monsters that live in these Gates; such people are called Hunters. However, everything is being used by profit-making bosses who keep the Gates open for their benefits. Simultaneously, the Hunter agencies and guilds have given a career opportunity for individuals who are not afraid to go there and fight for the greater good. 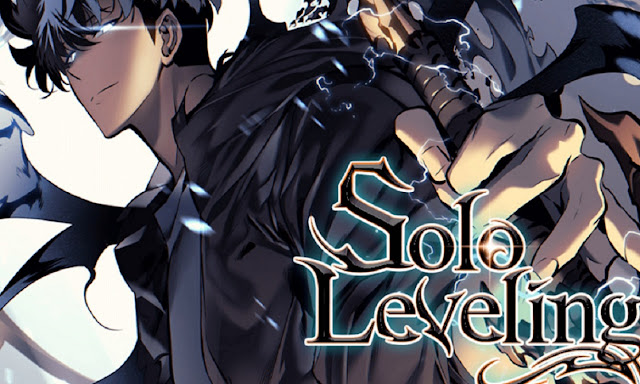 The hunters are categorized into ranks denoted by letters from E to S, in which the protagonist is put in lowest rank E. Sung Jin-Woo is even called the weakest hunter in the world. Still, he shows a lot of resilience to support his family, even though he keeps getting injured. However, his life changes one day when he goes to a D-Rank Gate with other hunters. The strongest hunter among them is easily killed before they could do anything. When Jin-Woo is about to die, he is given a chance to become a player, which he accepts since he can’t leave his family to fend for themselves.

Later, when he finds himself in the hospital, he gets a HUD, which provides him with quests whose completion gives him rewards or benefits. He soon finds out that he can even grow infinitely strong by doing these quests; he only needs to start from the ground up. By leveling up, his combat abilities change significantly along with his physical appearance. He realizes that he can even kill the D-Rank boss alone, which gives him a lot of confidence. Once, he is inside a dungeon with a raid group to gain some experience along with Yoo Jin-Ho, who is a novice Hunter. He finds out that the C-group they are working with is planning to kill the two of them. However, he alone disposes of the group before they could do anything.

It is later revealed that one of the Hunters killed was the brother of Hwang Dong-Su, an S-Rank Hunter. Jin-Woo and Jin-Ho get to know each other a little after their near-death experience in the dungeon. Then Jin-Ho offers Jin-Woo a lot of money to help him perform the raid target he has set for himself. The protagonist accepts his offer on the condition that they enter the dungeons alone. While Jin-Ho is looking for the right dungeon to enter, Jin-Woo goes to another raid where he meets the group members that have abandoned him in the dungeon where he almost died. However, he holds no grudges and, in fact, goes on to kill the assassin hiding in the group, which gives him the ability to camouflage.

The protagonist becomes a Necromancer after entering a special dungeon, which gives him another powerful ability. He can now summon the souls of his enemies to fight for him. He then joins a guild raid but is surprised when the normal gate turns into a high-rank Red Gate after they enter it. They find themselves with intelligent monsters who can talk to them. But Jin-Woo manages to defeat them somehow, after which he shifts his focus on an S-Rank dungeon. Hwang Dong-Su labels a man as a monster found within a Gate, but it turns out that the man is Jin-Woo’s father.

Later, Jin-Woo finds some powerful healing items which he hopes can heal his mother. When he undergoes a rank evaluation, it turns out that he had now become an S-Rank Hunter. But there is a window of three days before the results are made public. As soon as it is revealed that he is an S-Rank Hunter, numerous guilds show up to recruit him. However, the protagonist is more interested in the healing items he had found earlier in one of the dungeons. He goes back to get it and ends up becoming friends with one of the monsters, who tells him that not every monster wishes to kill humans, and some of them are just trying to protect their area. When he comes back, he successfully heals his mother by crafting the elixir.

When the ant monsters invade his world, Jin-Woo kills their king, growing his shadow army by claiming its soul. He then becomes famous all over the world, and his victory is celebrated everywhere. This marks the end of the Webtoon season, and that season second is already here, you can go ahead and read the intriguing world of humans and monsters of other dimensions. Trust us, and you won’t regret it.

source: Everything About the Season 1 of Solo Leveling

How is Robotic Technology Helping the Education Sector?

Only Surviving Shark of Jaws Installed At Academy Museum