Everything About Asus VivoBook Flip 14

Asus has launched a new laptop, and it’s the first device that will feature a discrete Intel GPU. The all-new VivoBook Flip 14 by Asus is packed with Intel Iris Xe Max graphics. 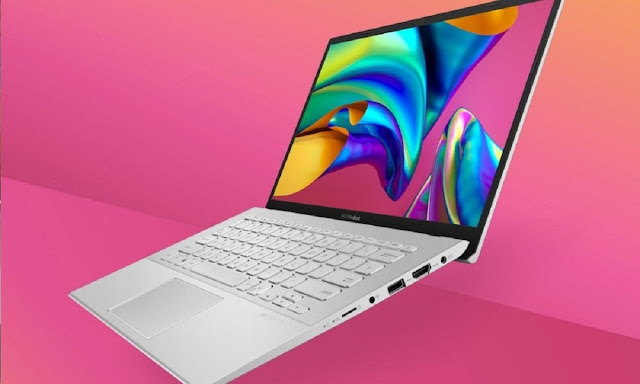 The product page of this newly launched laptop by Asus has listed that it is the first device that features Discrete Intel Graphics. To confirm this, @momomo_us dived into the HTML code of this device and found that this Windows 10 device features the Iris Xe Max Intel GPU.

In its early predictions, this GPU claims to have the 96 EUs or 768 cores, similar to the standard Iris Xe GPU but rather with its dedicated memory and clocks higher than its predecessor. The all-new Iris Xe Max graphics by Intel offer a Tiger Lake CPU of 10nm.

The new Asus VivoBook Flip 14 can be bought in two different CPU variants. You can have it with either Core i5-1135G7 processor or with Intel Core i7-1165G7. No matter which variant you go for, you get a 4-core, 8-thread configuration, alongside a boost clock speed that may vary from 4.7GHz to 4.2GHz, in each of the chipsets.

The Asus VivoBook 14 comes in two configurations. You can go for either the one with 8GB of RAM or the one with the 16GB of RAM. You get an SSD storage of over 1TB on both the RAM variants.

You can also opt for the Asus VivoBook Flip 14 with a 32GB Intel Optane Memory H10 drive configuration and a 512GB SSD. It offers a Full HD resolution NanoEdge display of 14-inch with a LED-backlit panel with over 82% body-to-screen ratio. The all-new Asus VivoBook, despite having high-end specs, is being referred to as a “thin and light” 2-in-1 device.

This new Windows 10 laptop offers one first-generation Type-A USB 3.2 port, one USB 2.0 port, a Thunderbolt 4 USB Type-C port, an audio jack, an HDMI port, and a microSD card reader. The VivoBook 14 lacks an Ethernet port; however, it comes with either Wi-Fi 6 or Wi-Fi 5 configuration.

So, these were the specifications related to the all-new VivoBook 14 by Asus. All though, the features have been disclosed but has yet to reveal details regarding its release date and pricing.

Source: Everything About Asus VivoBook Flip 14

MyArea Network | Connecting You To Everything Local

Jewelry shooting tips you can apply