There are several blockbuster movies based on Marvel Comics and DC Comics in Hollywood. However, there are other super-hit movies as well, which are not based on Marvel or DC but are well known for their huge fanbase. Nobody thought that the idea of adapting comics into high-budget movies would be so interesting before the beginning of the Marvel Cinematic Universe and DC movies. However, several movies are based on other graphic novels and comics that are worth watching.

Here are some of the best movies based on comics that are not Marvel or DC.

Hellboy II: The Golden Army is a superhero movie released in 2008 and directed by Guillermo del Toro. It is a blockbuster movie based on a comic book and a sequel to the original film, Hellboy. Ron Perlman portrays the character of Hellboy in this film. The film’s story revolves around Hellboy, who tries to sort things out with Liz and deals with elves. This film has stunning special effects for an incredibly vibrant experience. The story and characters of this film are based on comics.

Men In Black is one of the most famous Sci-Fi movies in Hollywood. It was released in 1997 and directed by Barry Sonnenfeld. In this film, Tommy Lee Jones plays the role of Kevin Brown/Agent K, and Will Smith plays James Darrell Edwards/Agent J’s role. They both work together as detectives in the New York City Police Department. The story of the film tells us about some aliens who live on Earth secretly. MIB agents Tommy and Will have the responsibility to spy on those aliens and kill them if required. This film is also an adaptation of a famous comic book. 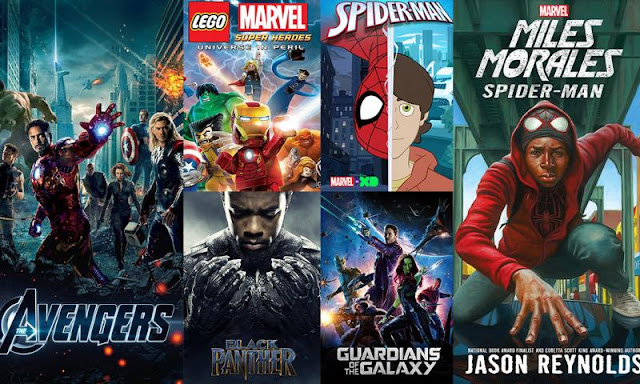 300 is another excellent and most popular movie in Hollywood with a huge fanbase. This film was released in the year 2007 and directed by Zack Snyder. It is based on a comic book series written by Frank Miller and Lynn Varley. It is one of the most violent movies, unlike DC and Marvel movies. This movie is a stunning adaptation of the comic in a fantastic way. The film includes various amazing visual effects, slow-motion scenes, and a sensible storyline. The film 300 can be considered as one of the best-adapted movies from comics.

A History Of Violence is another brilliant film adapted from a graphic novel released in the year 1997. The film was released in the year 2005 and directed by David Cronenberg. The actor Viggo Mortensen plays a great role in this film as Thomas. It is a thriller film, and the story of the film tells us about a small town, where two robbers force a diner owner to make a strong decision which completely changes his life.

Kingsman: The Secret Service is a spy-based comedy film, which was released in the year 2015 and directed by Matthew Vaughn. This film is adapted from a comic book series by Mark Millar. This film is a fusion of spy and comedy. Some of the ideas have been taken from James Bond movies in this film. It is another must-watch film that has been adapted from comics that aren’t Marvel or DC.

Edge Of Tomorrow is a Sci-Fi action film released in the year 2014 and directed by Doug Liman. One of the most famous actors in Hollywood, Tom Cruise, is playing the role of Major William Cage in this film. This film is based on All You Need Is Kill, a graphic novel written by Hiroshi Sakurazaka in 2004. The comic tells us the story of a soldier who has been murdered in a battle with aliens, and this film is based on this premise with stunning performances from Tom Cruise and Emily Blunt. It is an excellent film with a lot of visuals and twists.

After discussing some of the best movies based on comics that aren’t Marvel or DC, we have concluded that although the movies based on Marvel Comics and DC Comics are very popular and high-grossing, there are plenty of movies adapted from other comics that are blockbusters of their time and include captivating storylines and visual effects.

Source:-   6 Best Movies Based On Comics That Aren’t Marvel Or DC

Rihanna Will Not Be A Part of Black Panther 2

How to Get More Activity Tokens in Spider-Man: Miles Morales