Posted by Eric Billiter from huffingtonpost.co.uk·Oct 30 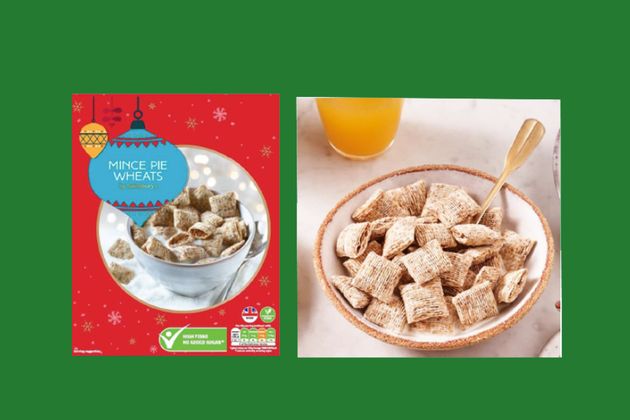 Mince pies have inspired a whole load of festive food and drink products in the past few years – from mince pie gin, to mince pie flat whites. But ever considered eating them for breakfast?

Sainsbury’s has launched its Mince Pie Wheats – pockets stuffed with spiced raisin, with added flavours of cinnamon and nutmeg. Think of the cereal as your standard Shredded Wheat, with a mince pie filling. 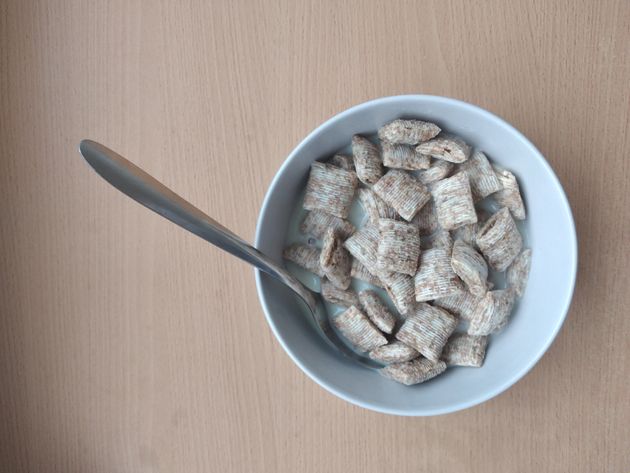 ‘Before I know it, the bowl is empty’

Natasha Hinde, life reporter: “I’m a big fan of a breakfast wheat – quite partial to the apricot ones, the blueberry ones aren’t bad either – and a massive fan of mince pies and Christmas in general, so I feel like I’m the prime target for these. When I open the bag, the waft of mince pie is strong. Initially, I’m not sure how I feel about such delicious morsels being confined to a breakfast cereal, but it doesn’t stop me from trying one... without milk. It’s good to be honest, I taste the raisin, cinnamon and nutmeg, and it does have that familiar mince pie flavour, but then the bitterness hits. Maybe they’ve tried to recreate those notes you get with boozy mince pies? The next morning I have the cereal for breakfast. When you add milk it diminishes the bitterness – you can still taste it, but not offensively, and once I get over the fact I’m eating mince pie cereal, I realise I’m very much enjoying these wheaties. Before I know it, the bowl is empty and I’m happily full. See you tomorrow, mince pie wheats. Love, your newest convert xox.” 4/5 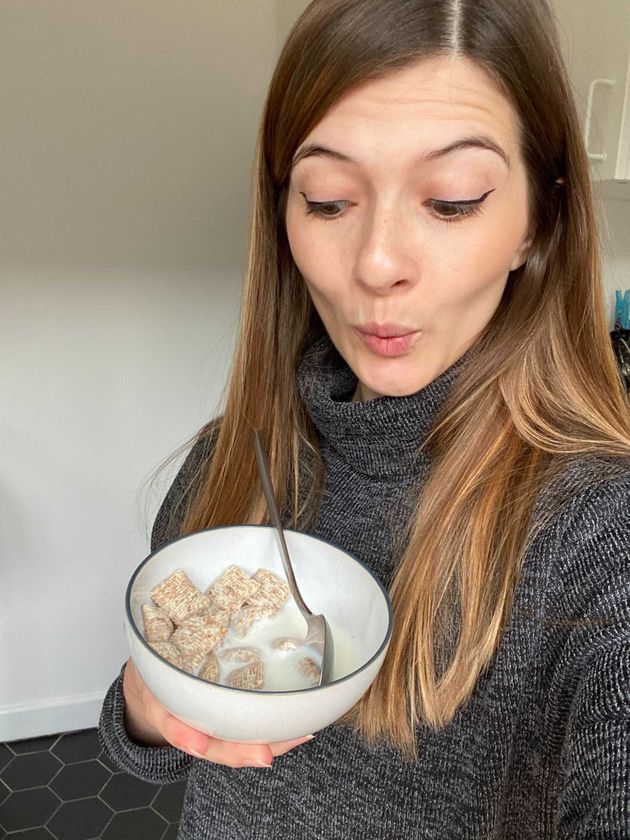 Adam Bloodworth, features writer: “When I start eating the mince pie wheats I can’t stop wondering: who’s the target exactly? Christmas fanatics like Tash, and, I’m guessing, children – the latter hauled in on the basis that this is a new novelty sugary cereal. I’d imagine that for both of those groups, this cereal will receive the same reception as a piping hot mince pie itself. That is, it’ll split opinion. This cereal is sweet and sugary alright, and fair play, those are two certain qualities of the mince pie. But for me, the underlying subtle spiciness is overtaken by too much cloying sweetness, and that throws me a bit. I get through my bowl, but during and afterwards, it lacks the balance of a good mince pie, which leaves me with a fruity, buttery flavour, and not just sugar. I reckon I could just try adding a bit of cinnamon to my regular Shreddies next time. But if there’s one thing these’ll cause, it’s debate.” 3/5 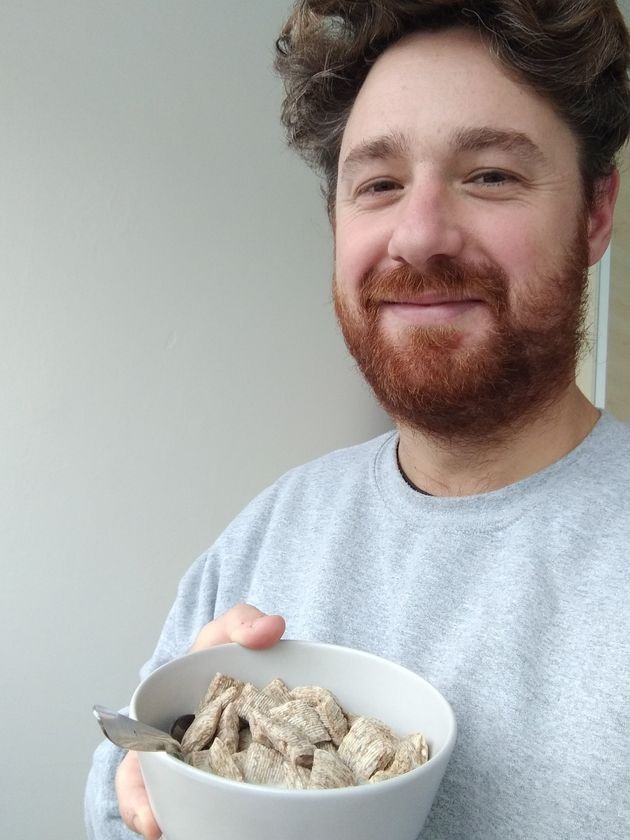 ‘This will cheer up some wintery mornings’

Amy Packham, life editor: “I’ve been used to trying weird and wonderful foods at Christmas since working a HuffPost, and often, the odd combos they put together just don’t work. I was expecting the same with mince pie cereal to be honest – but I was wrong. (I should mention that I’m a mince pie obsessive and get on the case as soon as they hit shelves in September). I cover these wheats in milk, let them soak a little, and take a bite. The filling really does taste like mince pie – sweet, with a slightly spiced taste, but it isn’t sickly at all and I pour more into my bowl as soon as I finish the last one. I assumed this cereal would be pretty bad for me, because it tastes so good, but the traffic light system on the front of the box is green green green, with an orange for sugars. This will definitely cheer up some wintery mornings in the lead up to Christmas.” 4.5/5 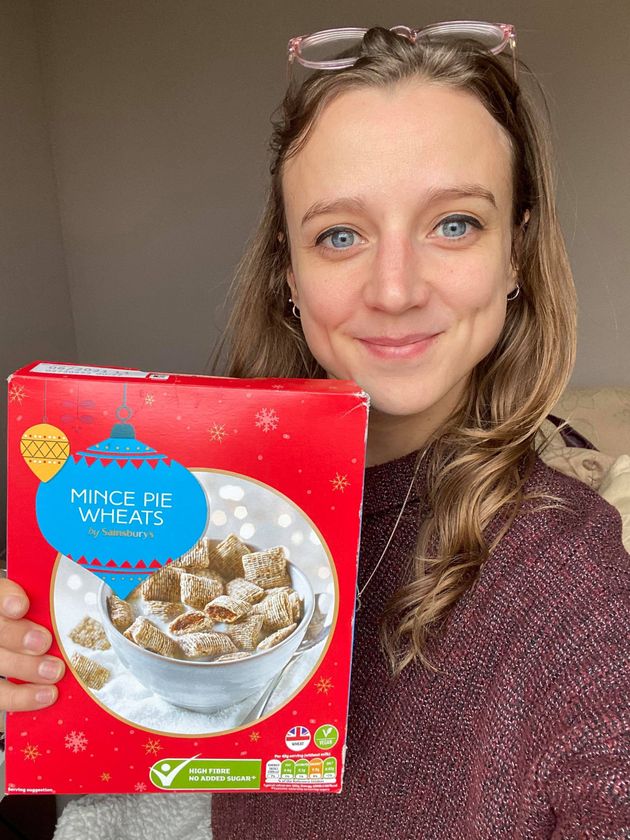 Tips on how to Start a Blog - Novices

How to factory reset a Windows 10 computer, to help you troubleshoot or prepare to sell a PC

How to get unstuck in 2021: Your guide to small changes you can make to feel happier and healthier right now