Android and iOS devices come with two different stores, Play Store and App Store, respectively. The two stores are the only official platform for downloading apps and games. However, did you ever imagine getting third-party app stores on your Android device?

Undoubtedly, the Google Play Store is the most popular and safe option for Android users. In case you’re looking for alternatives to download apps on your Android device, below mentioned are additional options you can use for the same. 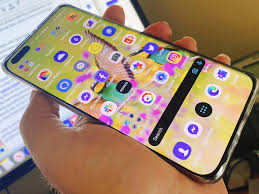 How to Install Third-Party App Stores on Your Android Phone?

Downloading additional app stores other than the Play Store is a very simple process called ‘Sideloading.’ Thus, the steps to download third-party app stores are:

Notably, after the set up of the new app store is done, you’ll have to enable the settings for installing unknown apps. The message will appear when you try installing a game or an app for the first time using the third-party app store.

Now, you’re all set to download apps from the alternative app stores. It is time to Explore more apps and games that aren’t offered by the Google Play Store.

What To Expect On Real Estate House Tours