Recently Released Android Games That Are Too Good to Ignore

There is no shortage of mobile games on Google Play. Every month there is a constant influx of new ones, and the numbers keep increasing. It is, therefore, hard to keep up with the regular launch of new games. It does not matter what kind of games you might be looking for; there is a guarantee that Google Play will undoubtedly have several games of that genre. So, there is never an issue of lack of options, but instead, too many choices create the Paradox of choice, which is often detrimental to emotional and psychological well-being. Therefore, it is essential to eliminate a significant number of alternatives to make decisions easier. Today, we have compiled a list of the best Android games launched in the last few months to do the same.

With several gacha elements, BTS Universe Story is a novel style game that is surprisingly good. It is unique because of the option to create your own stories, which give every player the story creation tools. Now, one can create and play his own story or let others play it. This makes BTS Universe Story exceptional because of its extraordinary replay value. Since every player has the tool to create their own story, there is no lack of stories to play through. The gameplay has been kept simple, which makes it even more alluring. It is free-to-play and one of the best in the visual novel space. 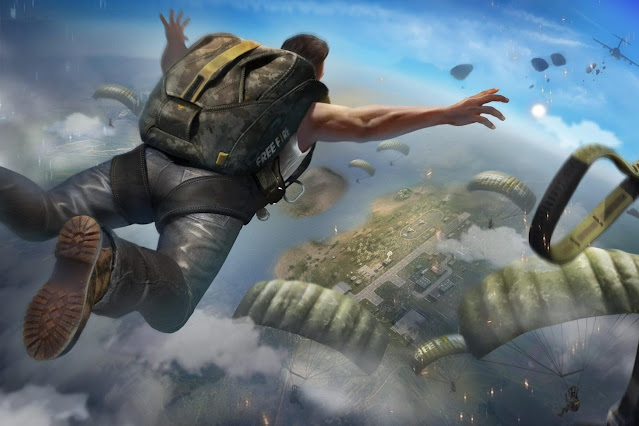 Genshin Impact has already been drawing comparisons with Zelda: Breath of the Wild ever since its surprise release a few ago. It is a role-playing game with gacha elements. The graphics of Genshin’s Impact are impressive and captivating. The player is even given a glider, which can be used to travel long distances. Overall, the game is exciting, and even though one might find the monetization system complicated to get used to, it is worth the effort. The game is free-to-play, which means enjoying the premium game without even spending a penny, making it even more appealing.

9th Dawn III is a role-playing game with enemy spawns and several dungeon elements. The game offers a lot of gear that players have to loot. It has a vast world where one can go fishing, cook, and recruit monsters. Therefore, there is no dearth of stuff to experience, and it even has a full card game within the game to top it all. The game costs $9.99 with no additional in-app purchases, which seems like a good deal considering other games in its genre.

Sword Master Story is a role-playing game that handles the combat on behalf of the players, and all one needs to do is play through a story. There are a number of tasks that one needs to accomplish, like collecting over 40 heroes, finding gear, and much more. Although it might not be that exciting, it is a good time killer. Apart from that, the only other complaint that players have is the poor translation from Japanese to English; if you can overlook these factors, Sword Master Story might be the perfect time-pass game for you.

Harry Potter: Puzzles & Spells is like all other match-three games. Although it does have a Harry Potter theme, as the name suggests but there is nothing special about it. The players are tasked to follow a story and unlock moments from the films if they are completed successfully. The game is not simple, and in the later stages, it can even be frustratingly challenging to play. It is free-to-play and ideal for someone who likes match-three games.

Illusion Connect has social game and gacha elements, even though it’s a role-playing strategy game. The game has over 50 characters, and one can spend a lot of time with each one. It is a mashup of various genres like RPG, gacha, strategy, etc., and manages to be fun to play. One can get additional benefits using social links, and the micro-transaction is also decent.

These are some of the best games that have been released for Android in the last few weeks on the Play Store. Although there are already several outstanding games, these are potentially going to be the best ones on Google Play in the future. There is no reason to hesitate, go ahead and try them; they are too good to ignore.

Source:- Recently Released Android Games That Are Too Good to Ignore

Spotify on Apple Watch lets you play, pause, rewind… and not much else

Halo: The Power of 3

HOW PLAYING ONLINE WORD GAME IS THE BEST IDEA TO MAKE MONEY WITHOUT INVESTMENT?

Can You See All 12 Black Dots At Once?