Since 2012, Curiosity Rover has discovered many facets of the red planet – Mars. And, a few days back, it disclosed ripples on Mars and concluded that the planet had seen many megafloods in the past. The analysis also stated that the floods touched due to the heat of the meteoric impact. The team from Jackson State University (Cornell), NASA’s Jet Propulsion Laboratory (JPL), and the University of Hawaii observed the data collected from the Mars Hand Lens Image (MAHLI) and Mastcam cameras. 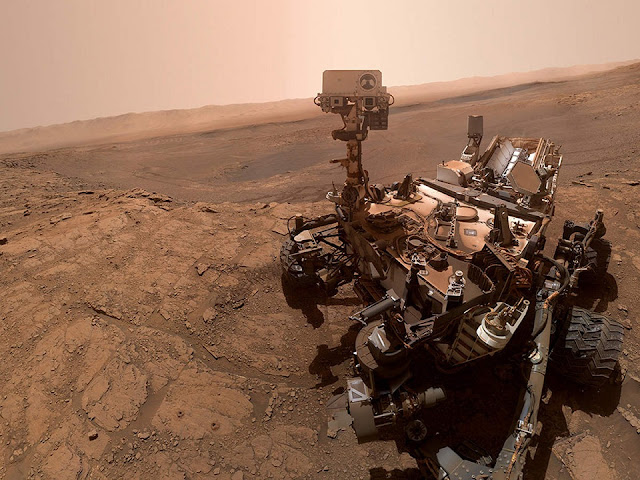 Launched in the year 2011 to understand whether Mars supports the microbial ecosystem, the Curiosity rover landed on the Martian surface (at Gale crater) in August 2012. Apart from this, the Curiosity rover is also trying to study the planet’s climate and geology. Curiosity explored Gale crater by collecting the samples for the on-board analysis. The large size of the Curiosity was an advantage to carry more scientific instruments for Mars’ study. One of Curiosity’s most prominent features is understanding the material to detect the presence of water or any organic material. The other components of Curiosity are:

The REMS, along with sedimentological data collection, revealed the mega ripples. In mega ripples, large geological formations take place that consists of sediment deposited in a wave. Such mega ripples can only be detected when there is a catastrophic flash flood. As per the data, scientists believe that a vast object had hit Mars after the formation of Gale Crater. It led to the generation of large amounts of heat. The heat was sufficient to melt the ice on Mars and emit huge volumes of methane and carbon monoxide. The release of water vapor and gases produce a short period of warm and wet conditions on Mars. But, this theory is still under a hypothesis, and further investigation will deliver more consolidated facts. According to scientists, this megaflood event would help to understand the factors that shaped Earth and Mars in the past.

The scientists seem to be very optimistic about this news. Any prediction about the presence of water will bring them close to understanding the existence of alien life. Though a hypothesis developed, scientists are still assessing the sedimentological data to view this mega ripple incident on Mars and devise a model to strengthen their theory. Curiosity will get assistance from Perseverance that got launched in the summer of 2020 and has more capability and capacity to read the data and observe life’s existence on planets other than Earth.