US Hits Half A Million Covid-19 Deaths

Posted by Loyd Davis from huffingtonpost.co.uk·Feb 22 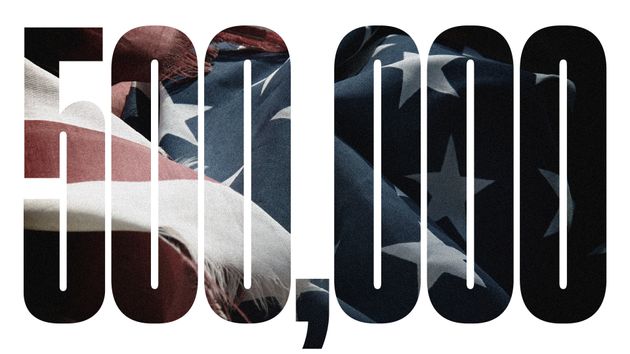 At least half a million people have now died from Covid-19 in the US, according to the Johns Hopkins University tracker.

Though deployment of the coronavirus vaccine promises fewer cases and a lower death toll soon, the pace of deaths is still high; the last 100,000 deaths occurred in just over a month.

Half a million deaths ― by far the highest death toll for any country ― is equivalent to about 1 in 650 Americans dying from a disease that’s been circulating across the nation for nearly a year. The number of deaths equals the entire population of Atlanta, Miami or Kansas City, Missouri.

South Carolina is the latest hotbed for Covid-19, with the state reporting one of the highest case rates in recent days. In late January, it was the first place in the US to report the presence of a coronavirus variant first identified in South Africa, which appears to be about 50% more transmissible than earlier strains.

The disease continues to have a disproportionate effect on non-white Americans. Black, Latinx and Native American people are each around two to two and a half times as likely as white people to die from the virus.

Still, reasons for hope have emerged. The US is averaging about 81,000 new cases a day, the lowest since early November. The pace of vaccinating people, which got off to a rocky start late last year, has roughly doubled in the past month.

President Joe Biden announced recently that hundreds of millions of additional vaccines were set to arrive in the US ahead of schedule, putting the country on course to have enough doses for nearly the entire population by July.

“That may not sound like the urgent progress we need, but let’s be clear: When I took office just three weeks ago, this country did not have a plan,” Biden said at the time, referring to the missteps in former president Donald Trump’s national response to the pandemic.