Posted by John Ruybal from huffingtonpost.co.uk·Mar 02

The furlough scheme will be extended until September, chancellor Rishi Sunak will confirm in his 2021 budget.

The emergency wages scheme, set up in 2020 to stem Covid job losses, had been due to close at the end of March.

However, the scheme will have some key differences, with employers asked to contribute more to workers’ salaries from July, the chancellor will say.

The Coronavirus Job Retention Scheme, which sees workers receive 80% of their salary for hours not worked, has protected more than 11 million jobs amid pandemic restrictions.

The taxpayer contribution will be tapered from July, however, after which employers will be expected to contribute 10%, increasing to 20% in August and September.

The cross-party Resolution Foundation said the tapering of the scheme avoids a “risky cliff edge”, but warned the “the peak of unemployment is ahead rather than behind us”.

Following sharp and sustained criticism from self-employed workers, Sunak will also use the budget to make more than 600,000 people – many of whom become self-employed in 2019/20 – eligible for cash grants.

A fourth grant from the Self-Employment Income Support Scheme (SEISS) will be available to claim from April, worth 80% of three months’ average trading profits up to £7,500.

“There’s now light at the end of the tunnel with a roadmap for reopening, so it’s only right that we continue to help business and individuals through the challenging months ahead – and beyond,” he said, ahead of the budget on Wednesday. 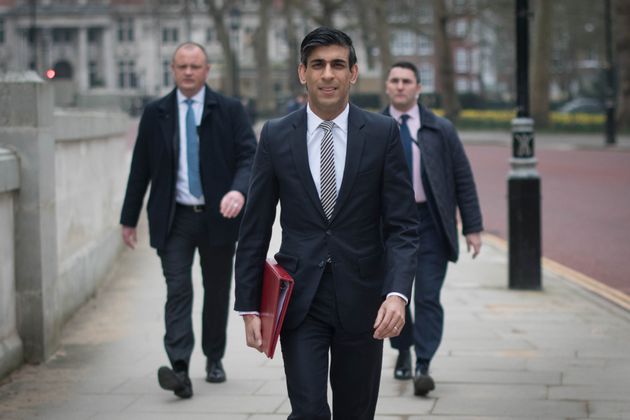 Pledging to use “fiscal firepower” to protect jobs and livelihoods and vowing to do “whatever it takes” to help people through this “moment of crisis”, Sunak is also expected to extend the £20 uplift in Universal Credit for six months.

A freeze on income tax thresholds and a hike in corporation tax are expected to be among the revenue-raising measures.

Sunak will tell MPs he has a three-point economic plan focused on supporting people through the pandemic, fixing the public finances and rebuilding the economy.

“First, we will continue doing whatever it takes to support the British people and businesses through this moment of crisis,” he will say.

“Second, once we are on the way to recovery, we will need to begin fixing the public finances – and I want to be honest today about our plans to do that.

“And, third, in today’s budget we begin the work of building our future economy.”

Torsten Bell, chief executive of the Resolution Foundation, said: “It’s welcome that the furlough scheme that has seen British workers through this crisis will remain in place until restrictions are lifted, playing a critical bridging role between the lockdown and the recovery.

“The phased tapering off over the summer will also avoid a risky cliff-edge.

“But the peak of unemployment is ahead rather than behind us. We also need to see wider economic stimulus to drive the recovery this autumn, and support for the millions of people who have been without work for long periods during this crisis.”

Labour, meanwhile, said the support measures could have been done “months ago”, accusing the chancellor of wanting to get his “moment in the sun” rather than protecting jobs.

Bridget Phillipson, shadow chief secretary to the Treasury, said: “These changes to support schemes could have been made months ago.

“Businesses and workers have been pleading with the chancellor to give them certainty – but they have had to wait because he said it wouldn’t be appropriate until the budget.

“Announcing it the night before shows the focus is on Rishi Sunak getting his moment in the sun rather than protecting jobs and livelihoods.”