Posted by Anthony Breedlove from huffingtonpost.co.uk·Mar 03 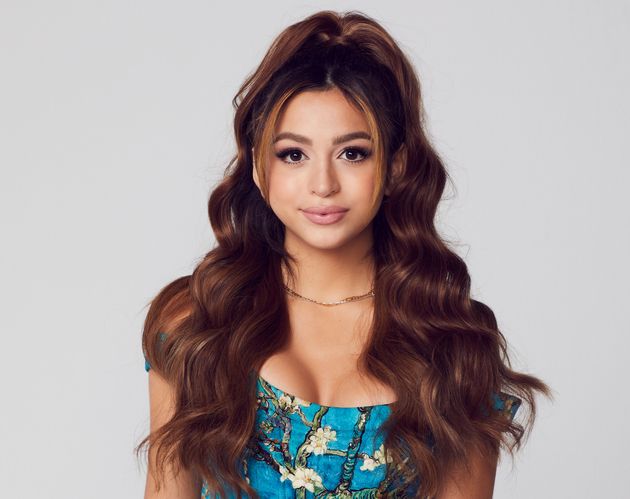 Josie Totah is helping to transform the way trans people are seen on screen.

The 19-year-old actor, known from the Saved By The Bell reboot and Disney Channel’s Jessie, is already an old hand in the business.

“I sold my first script to NBC when I was 15 years old,” she tells HuffPost UK. “And ever since then I was like, ‘I want to do this for the rest of my life.’ So yeah, I see development in my future.”

Her next role, in Netflix teen drama Moxie, epitomises the approach to trans storytelling she champions. She plays CJ in the Amy Poehler-directed film, a teenage trans girl within a group of high school feminist activists that launch a zine called Moxie, to protest against the patriarchy - in this case, a group of bigoted high school boys.

“Those are conversations I have in my own home with my friends, and conversations I know other people are having particularly right now, and getting to depict those on screen and depict the sort of feminist revolt amongst a group of women who come from various different socio-economic statuses, races, identities, cultures, is an honour,” Josie says. 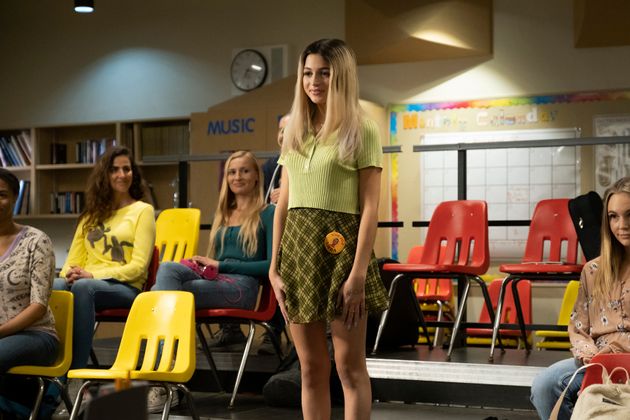 Having transitioned herself in 2018, on and off screen Josie has been instrumental in raising awareness in the fight for equality and representation. When we speak, she is a fireball of energy down Zoom.

We chat about what feminism means today: “We could talk about this all day, we could write a thesis on this,” she says.

“As far as Gen Z, it’s very much whatever makes you feel amazing - you do you, boo.”

In Moxie, Josie says the role of CJ helps to “normalise” transgender people, rather than making their transness the focus of the story.

“It’s acknowledged of course, but it’s seen as something that is a part of our world,” she says.

“I felt that it’s important to the story - she wasn’t just transgender to be a diversity character. It contributed to the arc of the overall film, which was basically these girls being suppressed and oppressed by these men that were upholding a patriarchal structure against them.” 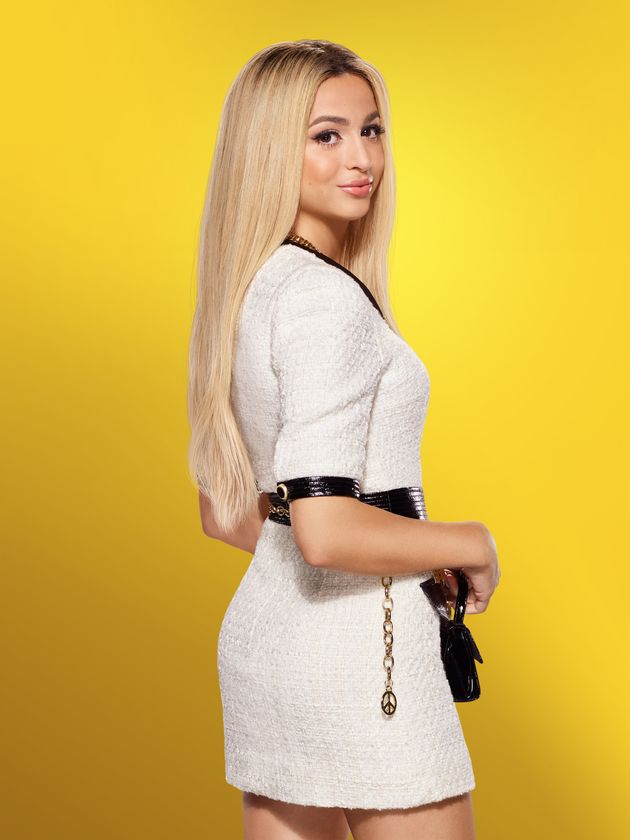 One of the ways trans people can be oppressed is by dead-naming, an experience CJ encounters. Dead naming refers to when people mistakenly - or abusively - call trans people by the name they used pre-transition.

“It would be insane for me to call you - your name’s Adam right - for me to call you Jerry,” Josie explains to me. “Like if I just randomly referred to you as Jerry, you would not like that. Calling someone however they want to identify is important.”

There’s a cute story about Josie’s name. “The name I went by before I transitioned is actually my initials because - fun fact - I was never called my birth name,” she begins.

“I was named after my grandfather who died the day I was born, so my mum couldn’t fathom calling me her literal dead dad’s name, so I was always called a nickname. So I feel like my family has always been used to not calling me by my birth name.

“But now I still have the same initials, JJ, Josie J, so we’re still honouring my sweet grandfather.”

Approaching her 20th birthday, Josie has a career that more closely resembles someone twice her age.

She already has a producer credit on On Saved By The Bell: not bad going - not that she’d boast about it.

“It mattered more to me that I was involved and could learn than it saying ‘producer Josie Totah’ on the call sheet - I didn’t care about that,” she says. 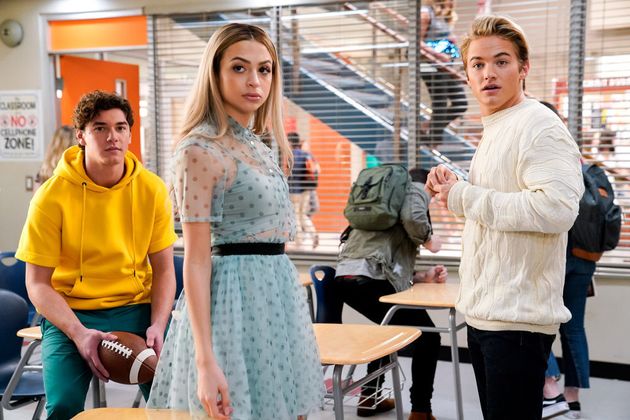 “Of course, it is so important to depict the struggle and the incredible strength that trans people have on this Earth because listen honey, we’ve been through it, but also it’s just as equally important to show trans people in everyday lives. I would love to see a 30 Rock starring a trans woman who just happens to be trans.”

One key way to cut through with representation is to employ more trans people. “The only way we’re going to be able to move forward, not only as an industry but as a society, is by accurate representation,” Josie states.

“And we need to stop awarding white cis straight men for putting on a wig and make up and acting trans,” she adds.

It is extremely imperative that trans people get to play trans roles and cis people should take a step back.Josie Totah

“It is extremely imperative that trans people get to play trans roles and cis people should take a step back.”

She hopes as a producer, writer and actor she can push the agenda, with “a mixture of telling my own stories but also allowing others and giving them a platform.”

But first there is Moxie - hitting the zeitgeist’s bullseye with its message of social change.

The girls have matching symbols drawn on their hands, written in Sharpie. The heart of the film’s message is that zines - old-school self-published magazines handed out on campuses - can change hearts and minds.

“In 2020 an infographic kind of educated us all,” reflects Josie of the Black Lives Matter movement and how infographics went viral on social media explaining daily must-know information.

“Print really is a timeless medium of media and has withstood the test of time even though we’ve kind of gone electronic. We still read the news every morning and every day,” she says. “So I certainly see why it was able to be utilised and weaponised in the best way for this film.” 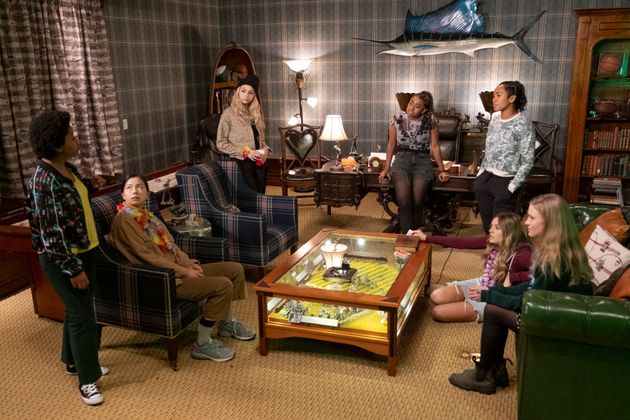 Josie uses infographics to educate herself on social issues in her own life. She follows an Instagram account that posts an information carousel every day teaching on a new subject - much like the girls in Moxie do when they release a new zine.

It’s a tall order, but perhaps Moxie too can achieve a small ripple effect of change. Surely then it will have achieved its purpose?

The power of the written word isn’t lost on the young star.

“I see it, I can post it… it’s so much more efficient than speaking the word. I feel like we’ve all learned so much from just a few words on a slide.”

Moxie is streaming on Netflix

Disney is launching a Star Wars YouTube channel for kids

Star on Disney Plus: 10 great films to stream in 4K on the new channel

How Does an Procedure Moulding Device Work?