Posted by Jorge Medina from huffingtonpost.co.uk·Mar 04

Tory MPs have been accused of hypocrisy after it emerged that they are backing a controversial new UK coal mine while promoting clean growth and action on climate change.

Labour has hit out at five MPs for backing a letter in support of the West Cumbria mine while also being members of the Conservative Environment Network (CEN)’s parliamentary caucus.

The MPs – Mark Jenkinson, Simon Fell, Ben Bradley, Christian Wakeford, Mark Eastwood – signed up to seven principles as CEN members, which include calls for the UK to “lead the way” in reducing greenhouse gas emissions, as well as “action to promote clean growth”.

Two of the MPs – Fell and Wakeford – have also been named as “net zero champions” on CEN’s website.

But all five are among more than 40 Tories calling for the mining project to go ahead, arguing it will create hundreds of jobs in Cumbria and help provide domestic coking coal for the UK’s steel industry.

The proposed mine has been criticised by leading climate scientists and campaigners, who said it undermined the government’s commitment to cut emissions to “net zero” by 2050 and encourage other countries to take ambitious action ahead of the UK-hosted Cop26 climate summit this year.

Lord Deben, chairman of the Committee on Climate Change (CCC) that advises the government, has warned that the mine was projected to increase UK emissions by 0.4 megatonnes (Mt) a year, and gave a “negative impression of the UK’s climate priorities”.

Cumbria county council last month said it was reconsidering the planning application for the mine after the CCC published new recommendations for the sixth carbon budget. This will set legal limits for pollution between 2033 and 2037.

The economics of the mine have also been thrown into doubt amid reports that the steel industry has concerns about the high sulphur content of the coal.

Shadow business minister Lucy Powell said: “People shouldn’t trust these hypocritical Tories as far as they could throw them.

“The Tories know the economics of this mine don’t add up.

“What steel and British industry needs is a long term plan to transition to a greener, more productive future.

“With vision and real action that can be delivered.

“But false hopes will quickly be dashed and that’s why people won’t be duped by them.” 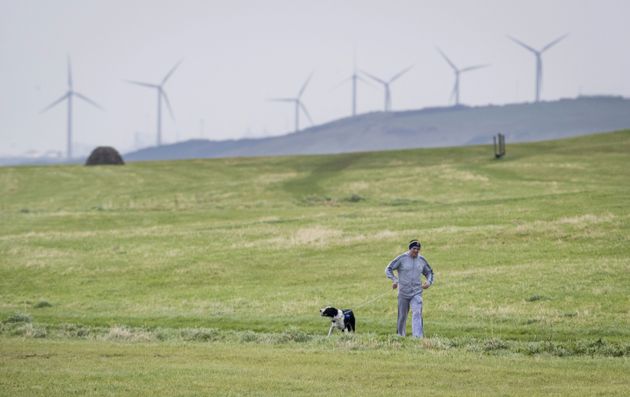 Responding to the criticism, Bradley said: “The mine is the best way to decarbonise and the greenest option”.

The Mansfield MP highlighted an article he wrote last month which says the mine is “really important” for the UK’s net zero commitments as coking coal is required to produce steel, which “underpins each of the renewable energy technologies that we need to hit the ambitious net zero carbon target”.

The other MPs did not respond to requests for comment sent at 12 noon on Tuesday.

But last month Jenkinson, the MP for Workington, said blocking the mine would be “failing workers in our industrial heartlands and denying more than 500 well-paid jobs in Cumbria and a further 2,000 jobs through the supply chain and local service providers across our region”.

He commented alongside Fell, the MP for Barrow in Furness, who said: “Steel underpins every single renewable technology that we need to employ to hit our net zero target and we cannot make that steel without coking coal.

“The choice we face is whether to offshore the carbon debt of mining coking coal to countries like Russia and accept the huge environmental and humanitarian cost of doing so, or to allow this mine to proceed and wrap our own high environmental standards around it.

“We simply can’t pretend that this is all someone else’s problem and pat ourselves on the back for hitting net zero 2050 while outsourcing the problem elsewhere.”

This coal power plant is being reopened for blockchain mining

What is Fidget Spinner - What's Up With It?