My Husband May Be the Father of Another Woman's Child

Dear Sam: My husband and I have been happily married for 9 years and have three beautiful daughters. When we met, we both fell in love instantly, feeling as if we had known each other forever, and were married a year later. Before we were married, my husband told me about a girl he had had a short (one month) relationship with, basically because he was lonely. He was also raising his nine year old daughter. Their relationship was basically one of convenience - they worked in the mall together and when the roads were too bad for her to drive the 30 miles home, he offered his place and well you know the rest. He said he had absolutely no feelings for her other than a friend and companionship. He also said he had no intentions of ever being married again, as his ex-wife had pretty much soured him on marriage. That was until we met, and 2 months later he was looking at engagement rings. Anyway, about two months after we met, she came to him at his place of work, telling him she thought she was pregnant. He told me about it but just kind of brushed it off because she had told him that doctors had told her there was no way she could ever get pregnant. That was the last he ever heard from her UNTIL two years ago. She called his sister at her place of business trying to get in touch with my husband. When my husband told me this, words cannot describe the mix of emotions I felt. I didn't even want to think about what she might be calling about. Well at this time, we were going thru a very rough time financially and business wise and he just couldn't handle it right then. Well she called back a few months later and told his sister to tell him that when the baby was born, she put my husband's name on the birth certificate because she needed a father's name since she was on Medicaid. The child was now 7 years old and this woman's husband wanted to adopt the child and she needed my husband's signature to do that since his name was on the birth certificate. First of all, he doesn't even know for sure if he is the father or not and hasn't bothered to find out, basically because of how sad and insecure I start feeling when he even starts talking about this. He can't understand why I feel intimidated and I can't understand why he feels the need to know if he is what I call "the sperm donor." She has her life and we have ours and all that was in the past. I just want it left that way. All I can see whenever he talks about this is the two of them together - even though I know he never loved her and there was never any connection. I guess just thinking that they might have a child together is enough connection for me to feel that it will always be a reminder of him with someone else, even though it was before we ever met. To me, making love to someone is about loving that person and if you don't love that person, how could you make love to someone. That's the way he feels now too, but back at that time, he was a much different person and just wanted companionship.

Sam, I love him with all my heart and would do anything for him and I know he loves me and our children with all his heart and he loves our life together. But for some reason, I just can't stand the thought of going up to him and saying, "Honey, go see if she is your child and I will stop being afraid and hurt by confronting this." I've listened to your tapes and think you are great and realize that if I told him this he would love me all the more but how do I do this and choke back my tears and feelings? What is wrong with me? He says that my hurt attitude makes him feel as if he went out and committed adultery on me. I tell him that I realize all this was before us, but at the same time, a possible child will be a constant reminder of him w/someone else. But I didn't feel this way at all about his 9 year old daughter that he had custody of because he was MARRIED. She cheated on him, and he has absolutely no feelings for her because of how badly she hurt him. The confusing part is he had absolutely no feelings for this other girl either, but to me somehow it's different. Please help me understand why I'm feeling like this and how I can get over it. I'm even tearing up as I'm writing you this. That's how hard it is for me to even think about this situation. But I know it needs to be dealt with. I don't want to push my husband away from me because I can't deal with what might be. But the thing is, I never thought this past would ever amount to anything. The other part is, why does he feel the need to know if this child is his when he has a wonderful life already? What does he feel he's missing out on? Am I being totally uncaring and selfish? I'm so confused. I know I'm rambling but I really respect your opinions and need your advice desperately. By the way, I'm 35 and my husband is 40. I know I probably don't sound like a mature 35 year old the way I feel, but like you say "feelings just are". - Marie 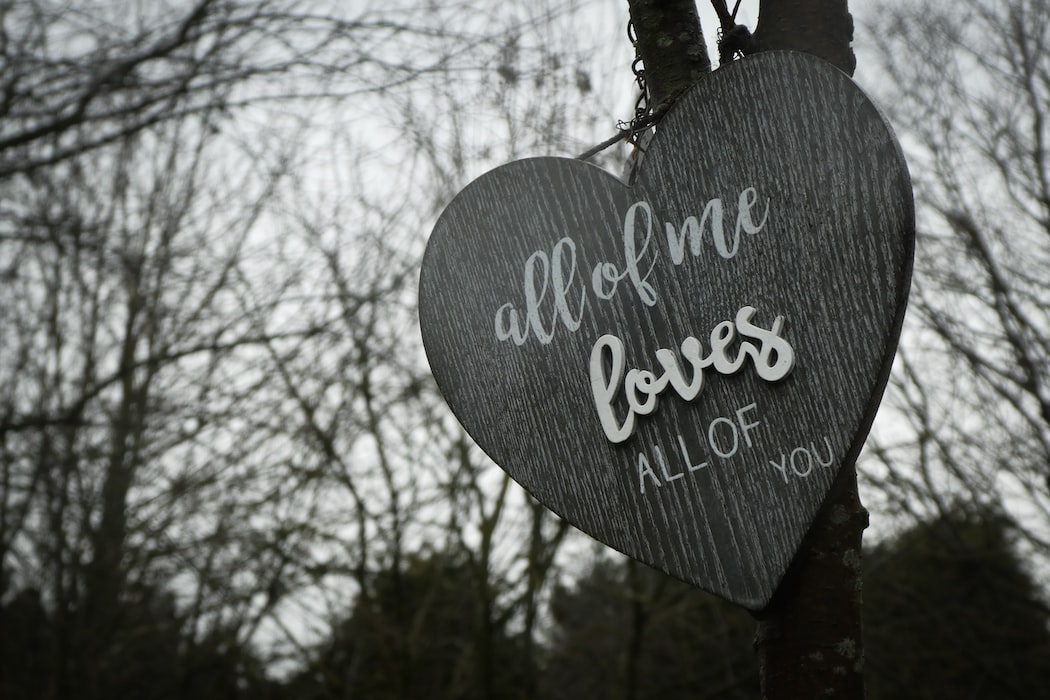 Dear Marie: I believe that we can choose to live our lives in one of two ways. We can either live our life coming from a fearful place or we can live our life coming from a loving place. Deep down inside every one of us is a place where nothing exists but love. It is the place where we are pure, whole and unafraid and know the right thing to do. This, I believe, is our core, our essence, our soul. The words, "Honey, go see if she is your child and I will stop being afraid and hurt by confronting this" come from this loving place in your heart that knows exactly what to say to the man you love. Unfortunately, fear exists in all of us as well; fear of change, fear of loss, fear of rejection, fear of being less than perfect, fear of not measuring up, fear of taking risks, fear of doing or saying the wrong thing, and the list goes on and on. Every day we have to fight these two forces and I'm telling you that when you choose to live your life coming from a loving place rather than a fearful one, you are much happier and at peace with yourself. It may be difficult for a short time but as you look back on your life, in the long run, you are never sorry for making a decision that comes from a loving place in your heart. Regrets always come from a decision that was based on fear.

There is a saying, "The truth shall set you free." Truth comes from that loving place, while living a lie comes from that fearful place. As human beings we all have something in our past that we are ashamed of, that we wish wouldn't have happened and that if given the chance we would have done differently. Providing a safe environment in which you and your mate can share those feelings creates a bond between the two of you.

You have given birth twice yourself. You know how important your husband's love and support were during this very emotional time. If your husband does find out through a paternity test that he is in fact the father of this child, then it's up to him to ask for her forgiveness. After all, that meant that he chose to "brush her off" and abandon her and the child when she told him that she was pregnant. Put yourself in her position and think about how hard it was for her to go through her pregnancy alone, deliver this baby on her own, and then care for this baby alone. She asked nothing for herself or her child for all these years. If that is the truth, then your husband has been living a lie all these years. If he finds out that he is not the father and she only put his name down because she needed a father's name, then he no longer has to feel guilty about the irresponsible way he behaved so many years ago.

My definition of true love is, "When someone else's happiness and well-being is just as important as your own." I believe that the past has probably haunted your husband and not knowing the truth will continue to eat away, deep down at a "soul" level. There is another issue here that I feel very strongly about. If this child is his and she is old enough, she should know the truth about who her birth father is. I know that a certain radio psychologist, coined the phrase, "Sperm donor" and believes in many cases that the child does not need to know who that is. I believe that every young adult has the right to know the truth. If someday, her mother chooses to do that, she may want to meet your husband. If you continue to keep this a secret, then your children will feel deceived later on when his daughter tries to contact him.

I believe that the greatest gift you can give your husband is your total support in his pursuit of the "truth." I believe that you need to "feel the fear" and give him your whole- hearted support no matter what the outcome. The loving thing to do is for him to find out for sure through a simple blood test and then to sign the papers so she can be adopted by this woman's husband. Your tenderness and love have the ability to heal his wounds and make him feel whole again. Don't waste that precious gift that you have to give him. It's a gift you both will remember for the rest of your lives together. - Sam

We have listened to Hegel's ”superförstärkare”

We have listened to the Sennheiser Momentum True Wireless

The long run with the Android Os