Posted by Mike Estes from huffingtonpost.co.uk·Mar 26 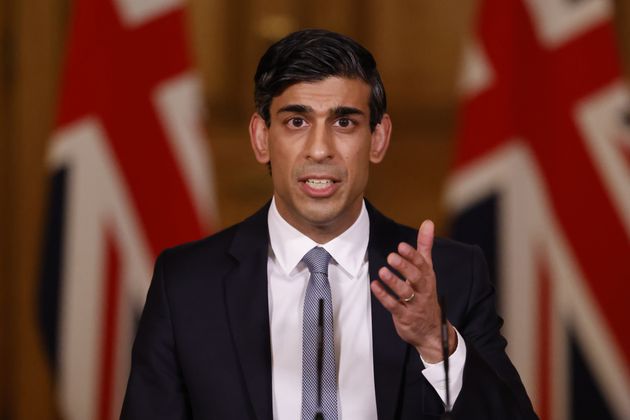 From Monday, you can meet five other people in your back garden. From April 12, you can finally get your hair cut. From May 17, you may, finally, be allowed to go on a self-catering holiday with your family.

But among the many dates listed in Boris Johnson’s roadmap out of lockdown, there is one curious omission: when will he lift the government’s current “work from home” guidance? In fact, the only reference is that home working “should continue wherever possible” until a Michael Gove review of social distancing is completed, sometime before June 21.

For those asked to work where they live these past few months, it’s been a long time. It was September 22 that the PM effectively ordered the reimposition of home working, itself the telltale sign that another lockdown was upon us (“we are once again asking office workers who can work from home to do so.”)

Just weeks before that, the PM had been frustrated with the levels of people still at home and not packing out city centres once more. He tried, and failed, to force Whitehall civil servants to get back to their desks. Yet some ministers were relaxed, with Matt Hancock saying he was relaxed about Department of Health staff remote working. “What matters to me is that they deliver,” he said.

Back in the here and now, Rishi Sunak has dipped his toe back into these waters, telling the Daily Telegraph that if companies fail to allow their staff to return to the office, employees could “vote with their feet” and quit. “You can’t beat the spontaneity, the team building, the culture that you create in a firm or an organisation from people actually spending physical time together,” the chancellor said.

There was a swift chorus of people pointing out that many workers would in fact “vote with their feet” if they were forced to work full time in the office once more. But Sunak is more right than wrong, not least as he stressed that a hybrid model of home and office hours could work for many.

Sunak should be applauded for pointing out that in fact it is young people who suffer most from the long exile from a physical workplace. Personal contact, mentoring, skills building and networking are crucial for those just starting a career.

Just as importantly, the social side of office life is even more important for those who aren’t commuting back to ’burb with a big garden, a dog and three kids. Younger people are also more likely to staff the retail and hospitality sector which relies greatly on commuter footfall (and that stat this week that under-35s suffered 88% of job losses in recent months should worry every party).

Many women workers, who have borne the burden of childcare until schools reopened fully, may also feel a return to the office is the tonic they need more than ever. If flexible working can be boosted by more affordable childcare, the chancellor even has a chance of appealing to the parent vote as well as the youth vote. Raising the issue is smart politics as well as economics.

Sunak has been on this topic for a while, telling last week’s Politico podcast that he was interested in New York’s hotdesking serviced offices that allowed people to work closer to home. The new places have the benefits of not seeing the same four walls all day at home, without a lengthy commute, and in fact some areas in the UK are already on this trend.

Of course, some companies are being driven by the bottom line and the need to slash rental costs and in many ways it’s hard to think our city centres will fully go back to the way they were. Hybrid working may become the norm, with say three days in and two days at home allowing a balance of in-person meetings with remote working.

The importance to mental health of simply getting out of the house has been acutely obvious in recent months. Only today, the ONS put out some new stats showing 14% of adults with Covid in England broke self-isolation rules in the first week of March. They had carried out at least one activity during self-isolation that did not adhere to the rules.

That’s just one end of the spectrum of people who find it really tough to imprison themselves. Who among us of late hasn’t taken a trip to the corner shop or supermarket literally to buy one item, just to see some different faces, to smell a different air? If staff are forced to work from home by their bosses, their laptop-in-the-kitchen or bedroom may feel more like a cell than a flexible working nirvana.

Let’s not forget too that it’s incredibly difficult for workers to organise themselves collectively, or be in an effective trade union, if they are atomised individuals connected by email rather than a shared workspace.

So Sunak is onto something in warning of the dangers of employers compelling staff to work where they live. Whether there will be enough jobs around this summer for people to “vote with their feet” to another employer is another question entirely.

Can Rishi Sunak Act Quickly Enough To Save The Planet?

Some Apple M1 iMacs have crooked displays, and now you can't unsee it