Posted by George Patterson from huffingtonpost.co.uk·Apr 18

Meghan Markle honoured Prince Philip in her own way on Saturday, as the Duchess of Sussex was not cleared to attend the Duke of Edinburgh’s funeral at Windsor Castle.

The duchess, who is far along in her pregnancy, was unable to travel to the UK on the advice of her doctor.

Though she couldn’t be there in person, a spokesperson for Meghan and Harry confirmed to HuffPost that Meghan was watching the funeral from home. She also sent along a handwritten note to accompany a wreath that she and Harry commissioned for the funeral. 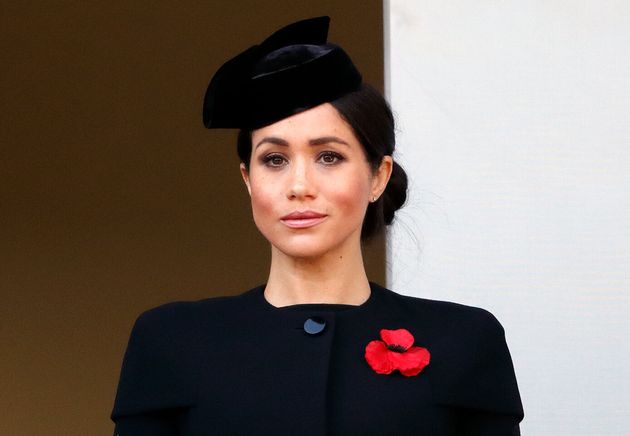 Harry and Meghan chose florist and stylist Willow Crossley, whom they’ve worked with before for son Archie’s christening and their wedding reception, to design and make the wreath.

The flowers used for the wreath all signified important times, moments and virtues that Prince Philip held dear.

Included among the flowers, which were locally sourced, were the national flower of Greece, called bear’s breeches; sea holly to represent Philip’s beloved Royal Marines; and roses to mark the Duke of Edinburgh’s birth month of June.

It was pictured in St. George’s Chapel during the funeral service, alongside other family wreaths: 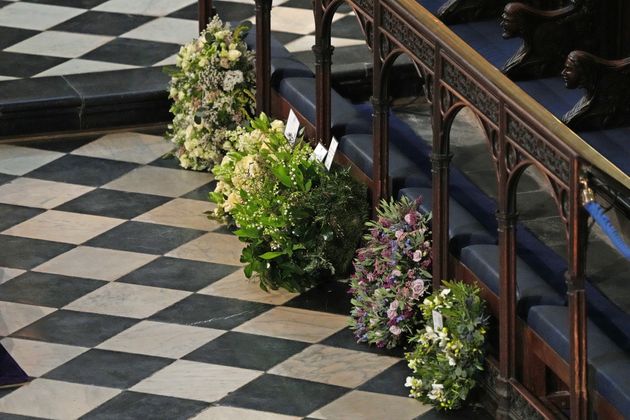 At the funeral, both Harry and Prince William publicly reunited for the first time in over a year.

The two remained at a distance after Harry and Meghan’s royal step back and move to California, and the restrictions brought on by the coronavirus pandemic. 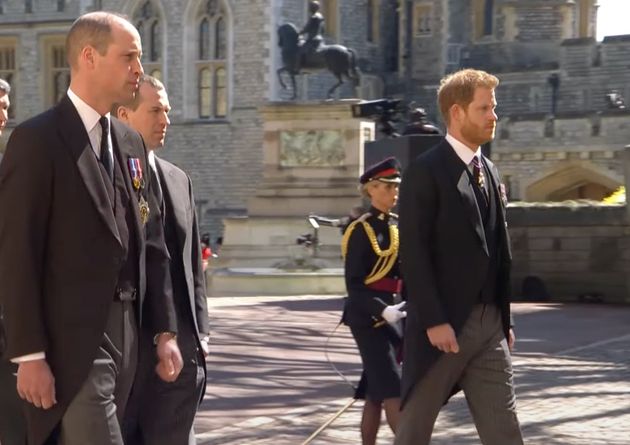 Harry, William and Kate were all seen speaking with each other at the conclusion of the funeral:

Prince William and his brother, Prince Harry, were seen walking together through the grounds of Windsor Castle following the funeral of their grandfather, Prince Philip, the Duke of Edinburgh, on Saturday. pic.twitter.com/HDoWJhNUdi

Last week, both the brothers released heartfelt statements to remember their grandfather. The Duke of Cambridge called Philip “an extraordinary man” and said that he felt “lucky to have not just had his example to guide me, but his enduring presence well into my own adult life – both through good times and the hardest days.”

Harry referred to the Duke of Edinburgh as “a man of service, honour and great humour” who “was authentically himself.”

“He has been a rock for Her Majesty The Queen with unparalleled devotion, by her side for 73 years of marriage,” Harry said. “And while I could go on, I know that right now he would say to all of us, beer in hand, ‘Oh do get on with it!’”

Meghan Markle And Prince Harry Pay Tribute To Prince Philip: 'You Will Be Greatly Missed'

Prince Harry and Meghan Markle interview with Oprah will cost CBS at least $7 million to air, per report

The Telegraph has killed Prince Philip

Why patents on covid vaccines are so contentious