Posted by James Williams from huffingtonpost.co.uk·Apr 18

Line Of Duty really isn’t messing about when it comes to bringing back loads of past characters and names this series, is it?

The latest episode of the BBC drama had links to both series one and series three, as DCI Joanne Davidson’s mystery relative was revealed and AC-12 made huge strides into their latest investigation.

But if you’re struggling to take all the latest developments in (not to mention that cliffhanger), we’ve sought to untangle the web of connections between characters Tommy Hunter, Marcus Thurwell, Philip Osborne and Patrick Fairbank.

Who is Tommy Hunter? 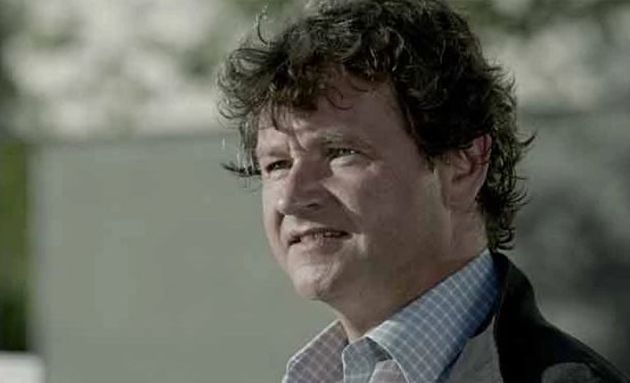 The now-deceased Tommy Hunter was the former boss of the organised crime group.

Played by Brian McCardie, the character debuted in the first series of Line Of Duty, heading up a network of criminals who were in league with corrupt police officers. One such officer was known as The Caddy, later revealed to future AC-12 recruit DI Matthew ‘Dot’ Cottan. He was recruited for the OCG after working as Hunter’s golf caddy as a child.

In the first series, Hunter was behind the attempt to blackmail DCI Tony Gates into cooperating with the OCG, following the murder of Jackie Laverty – Gates’ lover who was also laundering money for Hunter.

In the finale, Hunter was eventually arrested by Gates in cooperation with AC-12, and agreed to work with police as an informant in exchange for immunity from prosecution. 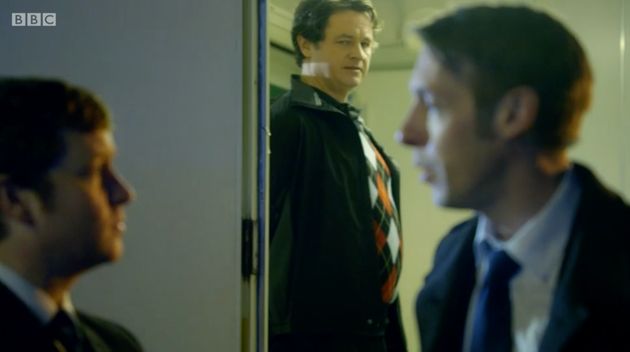 He reappeared in series two when it was revealed he was the mystery witness that was the target of an ambush of a police convoy.

It was also revealed that The Caddy arranged for the ambush in a bid to silence Hunter and keep his own involvement in the OCG a secret.

While Hunter survived the ambush, he was later given a lethal injection in hospital by bent officer DC Jeremy Cole, which killed him.

DI Lindsay Denton was used by The Caddy in the plot to kill Hunter, as she had agreed to be part of the ambush after discovering Hunter had been pimping out missing teenager Carly Kirk. She believed she would be helping hand him over to his vengeful criminal associates thinking she would be helping Carly escape her abuser. However, the Caddy set Denton up to take the fall for the ambush.

Hunter cropped up again in series three when Sergeant Danny Waldron named him on a list of people who had abused him as a child while living in the Sands View boys home as a child.

It has now been revealed that Hunter is the brother of MIT’s DCI Joanne Davidson. 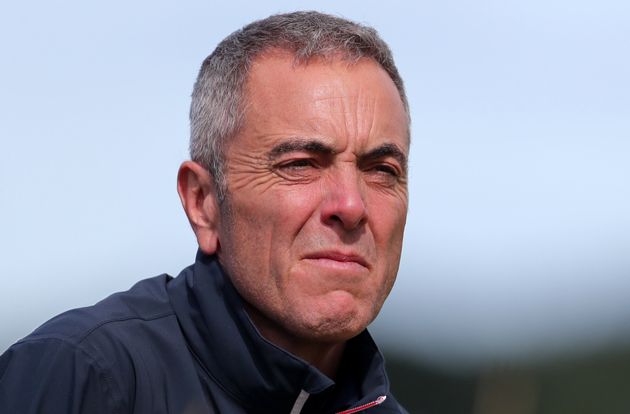 DI Marcus Thurwell – set to be played by James Nesbitt – was first mentioned back in series three, when it was revealed he’d led the investigation into the 1998 murder of Oliver Stephens Lloyd – a care worker who was investigating the allegations of abuse at the Sands View boys home.

While his death was ruled as a suicide, AC-12 later discovered evidence to reveal he was actually murdered by the OCG, suggesting there had been a cover up on the original investigation.

Thurwell’s name cropped up again in series six, when it was revealed journalist Gail Vella had established a link between the Sands View scandal and the 2003 murder of Lawerence Christopher prior to her death.

The architect was racially attacked in the street by a gang of white youths, but was mistakenly taken into police custody after a passer-by called 999, where officers laughed and made racist slurs as he lay dying in his cell.

Thurwell had been the senior investigating officer on the Christopher case, and he is suspected of a cover up that allowed the suspects of the racist attack on Christopher to escape justice. One of the suspects happened to be the son of former OCG boss Tommy Hunter.

From the fact Hunter was involved with the abuse of boys at Sands View, AC-12 deduced that he and Thurwell had an established connection, with Hunter ordering him to sabotage the original inquiry into Christopher’s death to protect his son.

Thurwell is now thought to be living in Spain, but reports have suggested that we will be seeing him in action in upcoming episodes...

Who is Philip Osborne? 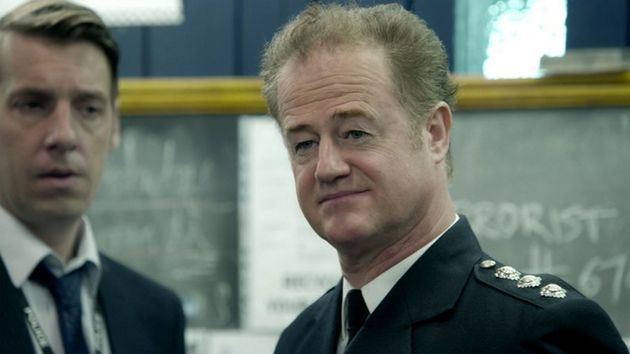 Philip Osborne – played by Owen Teale – is the current Chief Constable of Central Police, who recently announced cuts to the force’s anti-corruption units.

Osborne was introduced back in series one, when he was working as the leader of the Counter Terrorism Unit, covering up what happened in the killing of Karim Ali.

Ali was wrongly identified in a counter-terrorist police raid, which DS Steve Arnott was a part of, and shot dead. Back then, Osborne ordered his officers to lie about what happened in their statements. Arnott refused to co-operate and went to AC-12, leading to him being hired on the team. Despite Arnott testifying against his former colleagues, no officers were prosecuted for their actions.

Now the Chief Constable, Osborne ordered the slim-lining of anti-corruption operations following Superintendent Hastings’ decision to charge DSU Ian Buckells under suspicion of being in league with organised crime and obstructing the investigation into journalist Gail Vella’s murder.

It has since been revealed that both Osborne and Buckells were on Thurwell’s team on the Lawrence Christopher case, suggesting that they were also involved in the obstruction into the investigation.

Who is Patrick Fairbank? 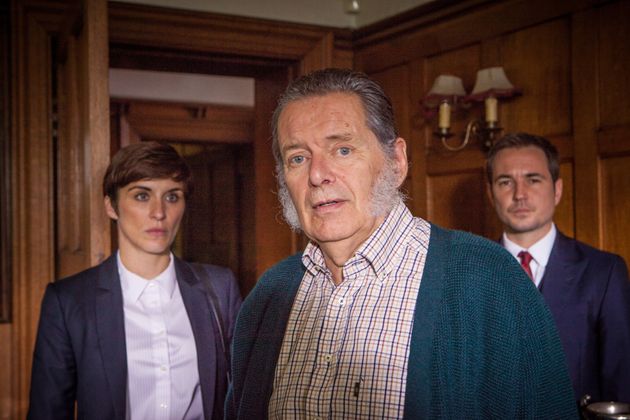 Patrick Fairbank – played by George Costigan – is a former Chief Superintendent who made his first appearance in series three.

He is a paedophile, having used his position of power to sexually abuse residents at the Sands View boys home, and was also named on Danny Waldron’s list of abusers. Having become involved with organised crime, he was also instrumental in covering up their abuse of young boys at the home, as well as local councillor Dale Roach.

Fairbank and Roach were also said to have fictional links to real-life figure Jimmy Savile, who was one of Britain’s most prolific sex offenders. 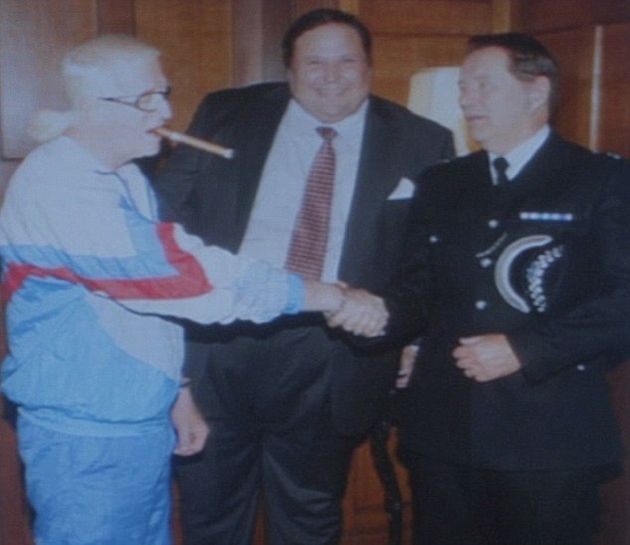 In series three, Fairbank was arrested by Hastings (who had previously been a Mason with Fairbank), but corrupt legal counsel Gill Biggeloe (who was revealed to be in league with the OCG in series five) used his early onset dementia to get him off the charges.

However, in the series three finale, DI Cottan recorded a dying declaration that led to the conviction of Fairbank.

Cut to the present day, and it was revealed journalist Gail Vella was murdered the night before she planned to visit Fairbank in prison to interview him about police corruption, having established links between the Lawrence Christoper case and the Sands View paedophile ring.

Line Of Duty continues on Sunday at 9pm on BBC One.

Line Of Duty: Is Marcus Thurwell Dead? Why Everything Might Not Be As It Seems

Line Of Duty: That Fleming And Pilkington Cliffhanger Might Have Actually Been Solved Already

Line Of Duty: 32 Behind The Scenes Secrets You Never Knew About The Police Drama

Who Is Ryan Pilkington? Who Is Dale Roach? Line Of Duty’s Latest Links To The Past Explained