Can Labour Capitalise On ‘Tory Sleaze’ In Time For The May 6 Elections?

Posted by Betty Gribble from huffingtonpost.co.uk·Apr 22 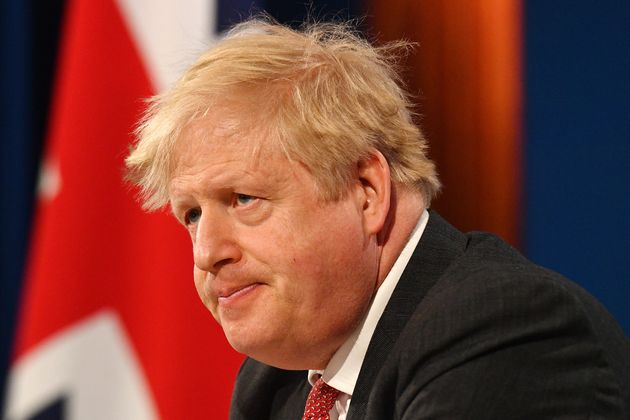 Text bomb, text bomb, we love a text bomb. Yes, it was a case of another day, another set of “sleaze” headlines. Newly released emails between David Cameron and the Bank of England have left him looking ever more desperate in his lobbying on behalf of Greensill Capital. Meanwhile, senior Treasury officials sounded pretty uncomfortable as they explained how the former PM phoned them to chase up progress on his £60m in share options Greensill’s supply finance plan. Heavily redacted emails raised even more suspicions thanks to blacked out sections.

But while Cameron’s reputation is already pretty trashed, the real issue for Labour is just whether any ministers, indeed the prime minister, have been found promising (or indeed delivering) favours for friends. Boris Johnson has vigorously defended his WhatsApps to James Dyson, but it was obvious from the tone of the messages that he just loves to shoot the breeze on matters as important as changing tax rates.

Some of the public will see this as refreshingly direct, yet the danger is one that those close to the PM recognise all too well: he got so used to texting and messaging (he is an avid texter to fellow MPs and friends) over the years outside government that he didn’t change even after entering No.10 (and probably the Foreign Office before that). And there are thousands and thousands of missives he has sent, some of which perhaps lay bare exactly how he operates. It’s a treasure trove just waiting to be found.

The security risk of a PM texting like a teenager is obvious too. In a swift U-turn on yesterday’s curious stance that no leak inquiry was needed into the Dyson exchanges, No.10 said today that a probe had begun by the Cabinet Office. Curiously, it said there was no such inquiry into the leak of Johnson’s texts to Saudi crown prince Mohammad bin Salman, where he promised an aide would monitor progress of a deal to take over Newcastle United football club. To add to the chaos, in both cases, it seems Dominic Cummings is now being blamed.

The PM’s casual approach to his texting was matched by a similarly casual approach to his promises of transparency. Yesterday, he was pressed by the SNP’s Ian Blackford to “publish all personal exchanges” on any Covid contracts by the end of Wednesday. Johnson replied: “I am happy to share all the details with the House, as indeed I have shared them with my officials, immediately.” Well, immediately clearly doesn’t mean immediately as they are not yet public (his spokesman said he would “very shortly” deliver on the promise).

Business secretary Kwasi Kwarteng dug the political hole a little deeper as he defended government-by-WhatsApp, declaring: “One of the things in a democracy that we have to be is very accessible.” That simply begged the question why the PM was more accessible to friends and donors than to a public in need.

With multiple inquiries, we are guaranteed more revelations and confrontations, all of which keeps this pot boiling for Labour. The party has already built “Tory sleaze” into its doorstep script for the May 6 elections and there’s one big reason for the sense of urgency. With postal vote applications substantially up on previous years, the elections could be effectively over by this weekend when many ballots drop through letterboxes.

The Hartlepool by-election is of course an extra test for Keir Starmer and on our CommonsPeople podcast this week Peter Mandelson was notably cautious, warning that sleaze is not enough for Labour to win back lost voters. The former cabinet minister was, shall we say, intensely relaxed, about sofa government (“who cares about the furniture?”) but was withering about WhatsApp government: “We live in a democracy, we don’t live in a private members’ club.”

Mandelson (“I’m not actually a lobbyist but Boris has always been a stranger to the truth…”) said his recent trips to his former constituency had confirmed voters have a low opinion of Johnson’s conduct, but they equally were still unhappy with Labour. “The memory of Jeremy Corbyn is still strong on the doorsteps amongst Labour voters here, it’s still coming up and I’m afraid we have still got some way to go before we rebuild the confidence and trust that we just threw away.” Although voters liked local NHS doctor Paul Williams, the former leader cast a long shadow.

Now, of course he’s not known as the Sultan of Spin for nothing. Mandelson said Labour’s Hartlepool vote in 2019 had been “outgunned” by the combined Tory and Brexit party vote, and its 37% share was “the fourth lowest of any Labour held seat in the country”. He even floated the idea of losing. “We’ve got a real fight on our hands...on balance I think we are going to win...but if we lose it, it will be because of national factors and past factors affecting Labour in the town, not by the state of the Labour party now.”

That may be classic expectations management, or it may be an early attempt to circle the wagons around Starmer in the event of disaster, by blaming Corbyn. But what felt truly authentic was Mandelson’s palpable frustration at his party being so hamstrung after so long in opposition. “You’ve got to go for your opponents as well, tear them inside out, strip them down, lay them bare, and see what they stand for and what they are not doing for this country...I want my party to win, I’m fed up of losing, I’m fed up to my back teeth of losing,”

The former Hartlepool MP is famously a fighter, not a quitter. If the vaccine bounce continues, if the public quite like Johnson’s victory against the Super 6 football giants, if they think sleaze is something all politicians do, Keir Starmer may have to show similar resolve this summer. And as Mandelson told us, the big lesson from 1990s Tory sleaze was that the charge only really bites if the voters have a “credible alternative” to clean things up.

Revealed: Political Parties Used Loophole To Claim Covid Bailouts While Millions Got Nothing

Why Labour Should Oppose Brexit And Campaign For A Second Referendum

Labour Must Be Bold Enough To Rise With The Turning Tide, And Restate The Case For Britain To Remain In The EU