The Masked Dancer: 12 Characters Competing On The New Series Revealed

Posted by Robert Rock from huffingtonpost.co.uk·May 06

We’ve barely recovered from Sausage taking off her grinning mask to reveal a heavily-pregnant Joss Stone underneath, and ITV has already given us a whole new array of disguised characters to get to know.

This time around, though, we won’t be trying to distinguish them from their singing voices, as it’s the line-up of spin-off show The Masked Dancer that’s been revealed.

Just as the name suggests, the show sees a host of celebrities performing a different dance for the judging panel each week, with their identities concealed the entire time.

And in keeping with the show’s singing equivalent, the costumes for The Masked Dancer are a mix of elaborate, unique and completely bizarre. 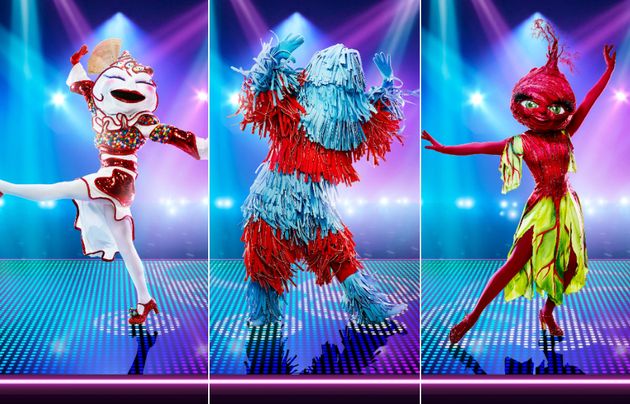 Among the 12 masked characters we’ll be getting to know in the coming weeks are a giant dancing beetroot, a very glamorous ice cream sundae and, to be honest, one slightly unsettling scarecrow.

Joining them are a rubber chicken, a fancy-looking flamingo and a literal carwash come to life.

Check out the 12 new characters below…

Joel Dommett will once again be on hosting duties for The Masked Dancer, with Masked Singer stars Davina McCall, Jonathan Ross and Mo Gilligan returning to the judging panel.

However, with regular judge Rita Ora filming in Australia when the show was being filmed, there’s a new addition to the panel in the form of Strictly Come Dancing favourite Oti Mabuse.

ITV is yet to confirm a start date for The Masked Dancer, but they previously said it would be airing later in the spring.

The text above is a summary, you can read full article here.
7

6 of the weirdest superhero movies that almost got made, from James Cameron's creepy Spider-Man to Joss Whedon's sexist Wonder Woman

Joss Whedon Is Set to Direct a Standalone Batgirl Movie

Houses are selling in just 6 days on average in a red-hot market, and just 3 days in some Midwest cities, an industry report says

Here's why paying ransomware hackers might actually not be that bad

Sony WH-1000XM4 vs Bose Noise Cancelling Headphones 700: which Prime Day deal is best for you?